Most newly discharged patients who recently recovered from COVID-19 produce virus-specific antibodies and T cells, suggests a study published on May 3rd in the journal Immunity, but the responses of different patients are not all the same. While the 14 patients examined in the study showed wide-ranging immune responses, results from 6 of them assessed at two weeks after discharge suggests that antibodies were maintained for at least that long. Additional results from the study indicate which parts of the virus are most effective at triggering these immune responses and should therefore be targeted by potential vaccines.

It is not clear why immune responses varied widely across the patients. The authors say this variability may be related to the initial quantities of virus that the patients encountered, their physical states, or their microbiota. Other open questions include whether these immune responses protect against COVID-19 upon re-exposure to SARS-CoV-2, as well as which types of T cells are activated by infection with the virus. It is also important to note that the laboratory tests that are used to detect antibodies to SARS-CoV-2 in humans still need further validation to determine their accuracy and reliability.

“These findings suggest both B and T cells participate in immune-mediated protection against the viral infection,” says co-senior study author Chen Dong of Tsinghua University. “Our work has provided a basis for further analysis of protective immunity and for understanding the mechanism underlying the development of COVID-19, especially in severe cases. It also has implications for designing an effective vaccine to protect against infection.”

Relatively little is known about the protective immune responses induced by the disease-causing virus, SARS-CoV-2, and addressing this gap in knowledge may accelerate the development of an effective vaccine, adds co-senior study author Cheng-Feng Qin of the Academy of Military Medical Sciences in Beijing, China.

With this goal in mind, the researchers compared the immune responses of 14 COVID-19 patients who had recently become virus-free to those of six healthy donors. Eight of the patients were newly discharged, and the remaining six were follow-up patients who were discharged two weeks prior to the analyses. Specifically, the researchers collected blood samples and assessed the levels of immunoglobulin M (IgM) antibodies, which are the first to appear in response to an infection, as well as immunoglobulin G (IgG) antibodies, which are the most common type found in blood circulation.

Compared to healthy controls, both newly discharged and follow-up patients showed higher levels of IgM and IgG antibodies that bind to the SARS-CoV-2 nucleocapsid protein, which encapsulates the viral genomic RNA, as well as the S protein’s receptor-binding domain (S-RBD), which binds to receptors on host cells during the process of viral entry. Taken together, these findings show that COVID-19 patients can mount antibody responses to SARS-CoV-2 proteins and suggest that these antibodies are maintained for at least two weeks after discharge.

One finding with potential clinical relevance

One finding with potential clinical relevance is that the amount of neutralizing antibodies was positively associated with IgG antibodies against S-RBD, but not with those that bind to the nucleocapsid protein. Moreover, S-RBD induced both antibody and T cell responses. “Our results suggest that S-RBD is a promising target for SARS-CoV-2 vaccines,” says co-senior study author Fang Chen of Chui Yang Liu Hospital affiliated to Tsinghua University. “But our findings need further confirmation in a large cohort of COVID-19 patients.”

This work was supported by from the National Key Research and Development Program of China, Natural Science Foundation of China, Beijing Municipal Science and Technology, Zhejiang University Foundation, and Tsinghua University. L.N., Y.F., W.P., and C.D. have filed a provisional patent on the methodology of detecting SARS-CoV-2-specific antibody responses. 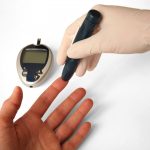 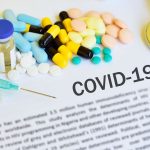 Review of Studies and Clinical Trials for COVID-19 TreatmentsNaturopathic News