Patients were put into 1 of 3 test groups: 1) a standard procedural scenario, 2) virtual reality headset used during the procedure, with a virtual walk around a beach, 3) a virtual reality walk around an anonymous city. The results showed that those who walked around the virtual beach were less anxious, experienced less pain, and hand positive recollections of the treatment a week later. These same effects were not seen in the virtual city or the standard procedure group.

Virtual reality is increasingly being used in procedural settings within the medical field. As the technology becomes more and more accessible, it is likely this trend will continue. Research is showing that the type of environments of the virtual reality experience are important, with natural environments showing the greatest effects on stress and anxiety. Marine, or “seaside” seem to have the most favorable impact. This may be because most people experience a decrease in stress and anxiety at seaside.

Virtual reality technology is becoming more readily available to the mass public, and it is likely that soon patients will be able to simply bring their own devices with them to a procedure, much like they bring headphones currently. This may be an incredibly cost effective and beneficial method to increase outcomes and satisfaction in all sorts of medical procedures, especially those with which a high rate of stress is associated. 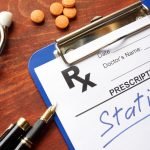 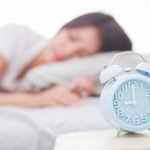 Weekend Schedule Changes May Have Negative Impact on the HeartNaturopathic News