Working with Somatization and Catastrophizing in IBS Patients

A recent article on irritable bowel syndrome (IBS) highlights the effectivity of using psychological treatment methods to address somatization and catastrophizing in IBS patients.1 IBS is defined as recurrent abdominal pain or discomfort at least 3 days per month in the last 3 months with 2 or more of the following: improvement with defecation, onset associated with a change in frequency of stool, or onset associated with a change in form (appearance) of stool.2 In addition, it is well established that 2 psychological factors are associated with symptom severity in patients with IBS: catastrophizing and somatization.1

Somatization and catastrophizing are common elements that may make IBS refractory to treatment, or even difficult to diagnose properly.  Cognitive behavioral therapy (CBT) focused on replacing maladaptive coping strategies with more positive cognitions and behaviors have been shown to be beneficial in increasing IBS treatment effectiveness, as well as gut-directed hypnotherapy.1 Both these therapies seek to specifically address the underlying psychological obstacles somatization and catastrophizing create for the IBS patient overcoming their illness.

Somatization is a syndrome of physical symptoms causing distress that may not be fully explained by a confirmed medical condition. Associations with anxiety, depression, and interpersonal conflicts are also noted, and it is also common for somatization, depression and anxiety to all occur together.3 Catastrophizing, on the other hand, is an irrational thought process which perceives something far worse than it actually is.

Catastrophizing can generally take 2 forms. One, in which a situation is made into a catastrophe, as this relates to IBS, it can be noted in many IBS patients who describe gas and bloating as debilitating, going through extreme and radical life changes to compensate for symptoms that many other people experience on a daily basis as well, but with little or no complaint. The second form of catastrophizing occurs when future events are anticipated as going wrong, in an almost inherent manner. We see this in the patient who has lost all hope in medicine, but still presents week after week for follow-up appointments, all the while arguing against the likelihood of any treatment being able to work for them.

These 2 psychological processes work hand in hand with each other to lock patients in a story about their pain, discomfort and suffering. They also work against treatment success, especially when there is almost a pre-emptive decision on behalf of the patient that they can’t get better, or that “nothing good will come out of their efforts.” 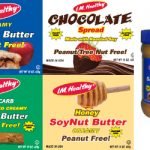 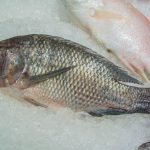