MTHFR: Case Studies of Miracles, Mistakes, and a Thousand Pens

Lori was on the verge of tears. Her son Nathan was 9 years old, and they had been to see psychiatrists, neurologists, counselors, and specialists. The problem was that nobody had an answer. (This story starts the same for so many of our naturopathic patients, does it not?) The problem for Lori was that her son wanted to commit suicide. He talked about it constantly; he even tried once. She insisted that Nathan was raised in a loving nurturing family and knew a 9-year-old child should be having these thoughts.

Nathan’s test results are given in Table 1.

Mutations can occur in the MTHFR gene. Single-nucleotide polymorphism testing of DNA analyzes C677T and A1298C. Homozygous normal results are CC677 and AA1298. Heterozygous mutations include C677T and A1298C. The worst homozygous mutations are 677TT and 1298CC. Mutations affect the ability of the MTHFR enzyme to function, causing symptoms of increased inflammation (from an elevated homocysteine level) and decreased neurotransmitter production. Typical laboratory results in a patient with severe mutation in this gene are high serum folic acid and homocysteine levels and low serotonin and catecholamine levels. The folic acid cannot convert, and the folinic acid cannot convert. The only way for these patients to have an appropriate amount of folic acid activity is to administer the supplement 5-methyltetrahydrofolate or the pharmaceutical l-methylfolate.

Nathan was started on a regimen of 5-methyltetrahydrofolate (1000 µg/d). Two days later, his mother called me and was overjoyed. Nathan was happy. He had stopped talking about death and suicide almost instantly. Over the next few months, I kept in touch with Lori. So long as Nathan continues to take his 5-methyltetrahydrofolate, he is happy, healthy, and motivated. She told me the only mistake she had made was spending 3 years with all those specialists.

A 2007 article on schizophrenia and depression from the Department of Psychiatry, Harvard University, Boston, Massachusetts, states that “[i]n the future, screening for MTHFR polymorphisms may be useful.”1(p146) Well, the future is now. In fact, a multitude of research has been performed on MTHFR polymorphisms. A meta-analysis2 among 29 502 patients with C677T and among 7934 patients with A1298C revealed that the homozygous 677TT mutation is associated with schizophrenia, bipolar disorder, and depression. Another study3 found a 22% increased risk of depression among patients with the 677TT mutation and increased homocysteine levels and demonstrated that lowering homocysteine levels by 0.19 mg/L decreased the odds of depression by 20% in this patient population (to convert homocysteine level to micromoles per liter, multiply by 7.397). With the odds of having a genetic factor that leads to an extremely common condition, why not test for MTHFR to enhance your patients’ treatment?

Five-year-old Eduardo had to wear a padded helmet because of what his parents called “drop seizures.” About 20 times a day, he suddenly became unconscious and fell to the ground. He was on seizure medications and the ketogenic diet, but nothing seemed to decrease his episodes, which were not complete grand mal seizures but just enough for sudden unconsciousness.

An ancestral tendency exists for the 677 mutation, which is highest (almost 40% for homozygous 677TT) in persons of Mexican lineage and lowest (1%-2%) in patients of West African ancestry. Individuals of white race/ethnicity in the United States and the United Kingdom have approximately a 10% prevalence of 677TT. The heterozygous C677T mutation is symptomatically milder and more common, occurring in almost 40% of white populations.

A study4 of 500 patients with elevated homocysteine levels and silent brain infarctions demonstrated that the 677TT and 1298CC mutations interact additively to cause infarction. A meta-analysis5 among 1710 patients correlated 677TT with vascular dementia. A handful of other investigations both support and refute an association of MTHFR with seizures.

Eduardo began a regimen of 5-methyltetrahydrofolate (1000 µg/d). His mother called me a couple of days later to ask “Could the supplement make his seizures worse?” His frequency of drop episodes had doubled to 40 a day. She stopped the supplement and started it again, which confirmed an association. For Eduardo, creating extra neurotransmitters was detrimental. Perhaps it was fortunate that he had a single mutation, or his condition might have been worse. In any case, 5-methyltetrahydrofolate was not the solution for him.

At 11 years old, Rori was the eldest child, with 2 younger sisters. Sibling rivalry is always a blessing in families, but the competition among these young girls was extreme, with constant fighting, tantrums, screaming, and yelling. Rori was the worst among them; the slightest thing would set her off, especially if you touched her pens. Her collection exceeds 1200 (≥1201 after she added the one from my office). She had been diagnosed as having obsessive-compulsive disorder because of the amount of time she spent organizing her pen collection. While not harmful in itself, the pen collection was an easy target for her sisters, and Rori’s mother had reached her boiling point.

A pattern was apparent in these 3 cases. It is obvious that psychiatric and neurological issues reflect decreased levels of 5-hydroxyindoleacetic acid, epinephrine, and norepinephrine, along with a C677T mutation in MTHFR. A history of depression was present in Nathan’s father, in whom MTHFR was homozygous normal. This begs the question “What is causing these mutations?”

Every risk factor must be examined in disease. The amount of research on this gene mutation is extensive, and its disease reach in the body is dramatic. With so many of our patients having cancer, cardiac disease, psychiatric disorders, and other health issues that involve the methylation of folic acid, we must look at this enzyme as a possible risk factor. By testing for MTHFR mutations and appropriately treating resultant deficiencies, you can dramatically improve the health of your patients. If we truly want to be preventive healers, we should include 5-methyltetrahydrofolate in all our supplements and fortified foods. 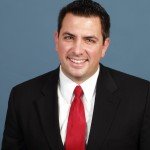 Jared M. Skowron, ND, is a full-time faculty member at the University of Bridgeport, Connecticut, where he teaches pediatrics and is founder of the Pediatric & Autism Clinic at UB Clinics. Author of Fundamentals of Naturopathic Pediatrics (CCNM Press, 2009) and 100 Natural Remedies for Your Child (Rodale Books, 2011), he is cofounder and current vice president of the Pediatric Association of Naturopathic Physicians.