Understanding and Treating the Imbalanced Neuroendoimmune System of Hashimoto’s Thyroiditis

During a 2004 residency in a Wisconsin clinic, middle-aged women carrying a book written by Suzanne Somers entitled The Sexy Years began showing up in large numbers wanting bioidentical hormones. The supervising physician gave the assignment of working with these perimenopausal and postmenopausal women. We would order a baseline blood test checking sex and thyroid hormone levels to identify any hormonal imbalances. Then, we recommended topical bioidentical progesterone and estrogen, along with nutritional support for optimizing liver and gut functions.

Working with these women, we began to notice distinct symptom patterns, including low body temperature (<98.0°F), weight gain around the abdomen, and subjective complaints of depression. Yet, test results consistently showed thyroid hormone levels as being low normal for free triiodothyronine (T3) and free thyroxine (T4) and high normal for thyrotropin (>3.0 mIU/L), with no thyroid peroxidase autoantibodies.

The laboratory results perplexed us. Despite laboratory values being “within normal range,” patients still complained about classic symptoms of underactive thyroid function, including fatigue, hair loss, memory and concentration problems, constipation, cold hands and feet, and dry skin. A clinical study1 was undertaken to investigate whether balancing sex hormones with bioidentical hormones could relieve menopausal symptoms and reduce thyroid symptoms. Only 44% of the women experienced improvement in thyroid symptoms.

Based on present thyrotropin laboratory ranges, women are told by physicians that their thyroid function is “normal.” Yet, millions suffer unnecessarily from an “underfunctioning” thyroid gland. Major national laboratories continue to report normal-range thyrotropin values of 0.4 to 4.5 mIU/L, ignoring the 2002 recommendation from the American Association of Clinical Endocrinology2 to reduce thyrotropin range values to 0.3 to 3.0 mIU/L.

When aging baby boomer patients complain of insomnia, midlife depression, or high cholesterol levels, they are prescribed hypnotics, antidepressants, and statin drugs. Those exact same symptoms may be the result of a “functional” thyroid disorder or autoimmune Hashimoto thyroiditis (HT), the most common form of hypothyroidism.3 A simple antibody test, thyroid peroxidase autoantibodies, can determine the presence of autoimmune HT. Thyroid peroxidase autoantibodies can also be used to diagnose Graves disease.4

As NDs, it is our role to inform patients about what may be happening to their bodies, identify biochemical dysfunctions, and treat the underlying cause. In this article, we will look at how hormone imbalance affects thyroid function and disease and how proper thyroid supplementation can be used to help our patients. We will also explore optimal dosing strategies for thyroid supplementation and necessary testing to ensure that patients achieve euthyroid status.

During a 24-hour period, small doses of various hormones are released at set times in a complex, intermittent pulsatile, or rhythmic fashion, interacting with the neuroendocrine network. This network consists of the hypothalamus-pituitary-adrenal axis and the hypothalamus-pituitary-gonadal axis. Primary hormones released include growth hormone, luteinizing hormone, cortisol, and insulin.5

Extensive research work on neuroendocrine network mechanisms by Dr Johannes D. Veldhuis and colleagues has tried to explain reasons for early aging in men and women. Their research points to variable disruptions caused by the body’s stress response affecting the synchronicity of hormone release and feedback mechanisms. The inability of the aging body to properly regulate the hypothalamus-pituitary-gonadal axis, which controls turning hormone pulsations on and off, may lead to lower levels of sex hormones, which in turn affects the entire neuroendocrine network.6 This diminishing of the sex hormones is what leads to symptoms of menopause and andropause.

During menopausal transition, total testosterone levels remain unchanged, whereas estradiol (E2) levels decrease markedly, creating a state of androgen excess, as seen in patients with polycystic ovarian syndrome. Despite high levels of follicle-stimulating hormone, E2 levels remain low. The higher ratio of testosterone to E2 seen with menopausal transition may be a reason for abdominal weight increases and greater incidence of metabolic syndrome.7 In contrast, men with low testosterone levels are at risk for type 2 diabetes melllitus.8

When comparing autoimmune diseases in men and women, what hormonal differences could influence disease prevalence? Women have been found to be 3 times more likely than men to develop an autoimmune disorder, but the reason is not fully understood.11 A proposed mechanism is that elevated E2 level in women increases levels of growth hormone, prolactin, and polypeptide thymosin, linked to lymphocyte and B-cell and T-cell development.12 The hypothalamus-pituitary-adrenal axis gets involved when proinflammatory cytokines, interleukins 1 and 6, and tumor necrosis factor are activated by inflammation and immune mechanisms. Glucocorticoids, mainly cortisol, are released to restore homeostasis.13 Unfortunately, given most patients’ adrenal fatigue status, their bodies are ill equipped to produce the much needed glucocorticoids, and balance cannot be achieved. Therefore, it is critical to correct adrenal fatigue before initiating any thyroid treatment plan.

Another example of how women differ from men in immune response can be found in vitamin D receptors (VDRs). Dysfunction in VDRs may cause a decline in innate immune function, allowing infections that worsen autoimmune diseases.14 Unlike men, women have extra VDRs located in endometrial tissues. The endometrial VDRs become blocked with microbiota, knocking out the binding of thyroid T3 to its receptors.15

During the first trimester, pregnant women have a 40% increase in active 1,25 dihydroxyvitamin D levels due to endometrial cell conversion. Normally, this mechanism would be a desired event, as vitamin D shifts helper T cell subtype 1 (TH1) proinflammatory response to TH2 immunity. However, endometrial vitamin D cannot break down because of blocked VDRs, rendering women with HT genetic predisposition susceptible to developing postpartum HT.16 Could ectopic endometrial implants, commonly seen in patients with endometriosis, have blocked VDRs? If so, then all patients with endometriosis should have vitamin D levels regularly monitored and be screened for autoimmune diseases.

Several factors are involved in autoimmune HT, including genetics, E2 level, and stress.17 Stress is defined as a state of threatened homeostasis effected by corticotropin-releasing hormone, arginine vasopressin, cortisol, and the catecholamines norepinephrine and epinephrine. Cortisol and the catecholamines affect major immune functions, such as antigen presentation, secretion of cytokines and antibodies, and selection of the TH1 proinflammatory cytokines.18 In HT, excess TH1 cytokines attack the thyroid, causing cellular tissue damage and diffuse swelling of the gland.19 This damage causes long-term thyroid deficiency, which can only be mitigated through supplementation and nutritional changes.

Celiac disease, a common comorbidity of HT, may increase chronic gut inflammation, leading to selenium malabsorption and worsening HT.20 Excess iodine intake can accelerate autoimmune mechanisms.21 So, when working with patients having HT, it is best to limit intake of gluten and supplemental iodine.

Timing of thyroid testing is crucial, and a blood draw is best performed 4 hours after taking thyroid supplementation. Many patients are inconsistent with the timing of testing, leading to aberrations in levels, which result in inappropriate dosage changes. A minimum thyroid panel would consist of thyrotropin, free T4, and free T3 levels.

To screen new patients coming into your office, a more comprehensive testing should include the aforelisted testing with reverse T3 and thyroid peroxidase autoantibodies to rule out autoimmune HT. Additional thyroid tests may be needed to rule out Graves disease using thyroid-stimulating immunoglobulin.

Commercially available thyroid supplementation, such as Synthroid (levothyroxine sodium) and Armour thyroid, are often used as first-line therapy in patients with hypothyroidism because they are inexpensive and well known. Synthroid is by far the most commonly prescribed thyroid supplement.22 However, it contains the inactive form of thyroid hormone, which is activated into T3 only when needed. Many factors may inhibit the conversion of T4 into T3, such as estrogen dominance, nutrient deficiencies, stress, high cortisol level, and diabetes.23 Furthermore, the most commonly used measure of thyroid health, thyrotropin level, is directly influenced by T4 level, which results in many patients’ having normal laboratory results but unchanged symptoms and low T3 level.24

In contrast, Armour thyroid is made of ground porcine thyroid glands and contains a fixed ratio of T4 to T3 (4.22:1), which differs from human physiology.25 For some patients, this therapy provides adequate support to control their symptoms because of the addition of T3. However, for many patients, Armour thyroid is still ineffective. As an example, patients with HT may find that their symptoms are exacerbated by the porcine glandular products. These patients often need a more pure source of T3 and T4 to manage their symptoms. Other patients who fail to respond will often, as with Synthroid, see their thyrotropin level lowered but have no symptom resolution.

This treatment failure may be due to how long thyroid supplementation is active in the body. Commercially available thyroid supplements are all immediate-release products, but T3 and T4 each have different half-lives. While T4 stays in the body longer, the duration of effect of T3 lasts only a few hours, making it difficult to effectively dose once daily.3 Twice or more daily dosing can help resolve this issue, but patients often complain about being able to consume a later dose within a 3-hour “no food” window that is needed to ensure proper absorption. Without additional doses, T3 levels drop quickly, causing a midafternoon crash. Compounding can help solve this problem by using sustained-release capsules, which release T3 and T4 over 8 to 10 hours.

While sustained–release forms of thyroid may seem a simple answer, there are some considerations that must be weighed. First is an understanding of how this sustained release is accomplished. To ensure gradual release, specific ingredients must be used at certain concentrations to create a gel matrix in the gut, and the actual T3 and T4 must be carefully titrated and weighed on glass to prevent loss. To ensure accuracy at microgram levels when scales can only measure milligrams, a thousand-fold difference, careful preparation and dilution are necessary. If micronized hormones are not used, absorption levels drop quickly, and there is no guarantee of hormone delivery. However, micronized powders are more difficult to work with and require expensive powder containment hoods. Few pharmacies invest in the correct equipment or extensive training needed to provide the narrow therapeutic range. Any pharmacy that receives these prescriptions should be able to provide details about this preparation or be happy to show you. If they cannot, look elsewhere.

Second, sustained release is not ideal for all patients. Many patients with hypothyroidism have gastrointestinal comorbidities, such as irritable bowel syndrome or Crohn disease. This gastrointestinal inflammation prevents proper breakdown of the gel matrix to achieve complete thyroid absorption. Any patient experiencing these symptoms needs to go through several months of gut repair before a sustained-release form of therapy is attempted. For these patients, immediate–release forms, whether commercial or compounded, are more appropriate. Knowing the intricacies of specialty thyroid dosing can greatly influence your patients’ health but only if implemented correctly. Adding compounded thyroid prescriptions can offer flexibility and targeted dosing to help patients with needs not met by Synthroid or porcine thyroid.

As NDs, we are in a unique position to help patients identify the underlying cause of their thyroid symptoms. By checking for autoimmune involvement at the first visit using some simple laboratory tests, we can better aid patients with thyroid disease that would otherwise have gone untreated. Often, we see patients who have been on T4 therapy for years but still experience thyroid symptoms. Adding T3 supplementation based on free T3 levels and using special dosage forms, such as sustained-release capsules to improve patient compliance, can greatly improve your patients’ health. Remember that increasing thyroid hormones may exhaust the hypothalamus-pituitary-adrenal axis, so adrenal support must be addressed before thyroid supplementation will be truly effective. By balancing sex hormones and thyroid supplementation, we can dramatically improve these patients’ quality of life. 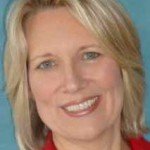 Jan Seibert, ND, has practiced for 8 years in the Midwest and on the West Coast. Using antiaging medicine, her clinic (Hormone Rejuvenation Center) specializes in balancing hormones for women and men. For 5 years, she taught clinical nutrition as an adjunct professor for National University of Health Sciences (Lombard, Illinois, and Seminole, Florida) chiropractic program and at National College of Natural Medicine (Portland, Oregon). She received a 2006 American Association of Naturopathic Physicians Research of the Year Award for her study of menopausal symptom treatment using compounded bioidentical hormones. 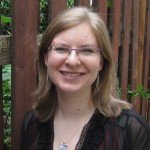 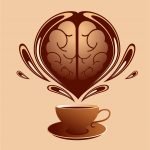 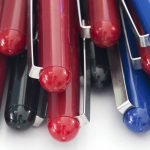