Patients often have an idea in their heads of what a healthier lifestyle is, and it is our job as their ND to burst the bubble and set them straight. I thought of this the other day as a 56-year-old man explained to me that he was feeling “crappy” because he had stopped drinking coffee.

“I’m sorry,” I responded, “You feel crappy because you were diagnosed with a glioblastoma multiforme a couple of months ago, and you’ve been getting regular doses of chemo and radiation treatment pretty much ever since you had surgery.”

“No, he replied, “I’ve stopped drinking coffee in order to improve my health because I have brain cancer. That’s why I feel so bad.”

For patients with brain tumors, particularly glioma, coffee consumption is not bad at all. In fact, it is probably good to drink coffee, and not decaffeinated but full-bore caffeinated coffee.

In 2010, 2 large studies correlated coffee drinking with lowered risk of developing glioma. Holick et al1 evaluated data from 3 prospective cohort studies, which yielded 335 incident cases of glioma. Compared with patients who drank none, patients who drank 5 or more cups of coffee or tea a day had a 40% lower risk of glioma. The effect was greater in men, lowering their risk by 54%.

Michaud et al2 reported similar findings. Gleaning data from the European Prospective Investigation Into Cancer and Nutrition cohort study, they compared dietary data among 343 cases of glioma and 245 cases of meningioma from 9 countries. The relative risk of glioma decreased with coffee and tea consumption. Patients drinking more than about half a cup of coffee or tea daily compared with those drinking less had a 34% lower risk of glioma. The effect was stronger in men, a 41% decrease, but the difference was not statistically significant.

These numbers are not coming out of the blue but are consistent with prior evidence. We already know that coffee is protective against some other cancers, particularly liver cancer.3

It is never clear whether reducing behaviors that represent risk factors for developing a particular kind of cancer will improve treatment efficacy. In the case of coffee and glioma, evidence suggests that coffee consumption is a useful adjunct during treatment.

Because the standard of care for most patients with glioma is a combination of chemotherapy and radiation therapy, coffee consumption is useful. Caffeine sensitizes glioma cells to ionizing radiation and chemotherapy. In 2010, Sinn et al reported that “…caffeine or its derivative pentoxifylline are promising candidate drugs for the radiosensitization of glioma cells….”5(p480) Caffeine enhances the effect of the chemotherapy drug temozolomide, which is commonly used during radiation therapy to treat malignant glioma.6

Several synthetic PPAR-λ agonists are under investigation for treating brain tumors. Among these, ciglitazone and troglitazone show promise.10,11 Davis Lamson, ND, tells me he had “…used rosiglitazone for some years to slow cancer growth…until the FDA [Food and Drug Administration] clamped down on its use….” (personal communication, year). Rosiglitazone maleate is “…a thiazolidinedione and PPAR-λ agonist blocking the nuclear receptor for NFkB [nuclear factor kappa–light chain enhancer of activated B cells]. Without some agonist, the up-regulation of the PPAR receptor results in more stimulation by NFkB.”

It is reasonable to debate whether prescribing pioglitazone is truly naturopathic, but we should have little objection to our patients with glioma drinking coffee. In fact, after reviewing the evidence, we should be encouraging them to drink more coffee and tea. This is a situation where we should step in and tell them they have made a mistake if they have decided to stop drinking either.

Jacob Schor, ND, FABNO is a 1991 graduate of NCNM and has practiced in Denver for the past 17 years. He served as president of the CANP from 1992 to 1999. He has served on the board of directors of the OncANP since 2006 and currently acts as secretary to the board. He is a Fellow of the ABNO. He was utterly shocked and humbled at the 2008 convention of the AANP to be present-ed with the Vis Award, an honor bestowed in the memory of William Mitchell. He is incredibly lucky to practice with his wife, Rena Bloom, ND. Dr. Schor writes newsletters for his patients that are popular with doctors and students. 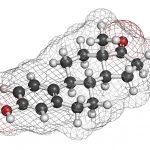