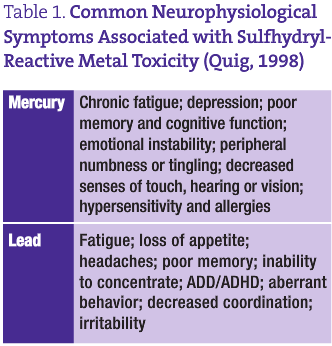 When a medical professional hears the word depression, the first thought that often comes to mind is serotonin. In fact, most clinicians interpret depression as a monoamine neurotransmitter imbalance, making serotonin, dopamine and/or adrenaline the primary targets for most conventional first-line antidepressant treatments. Although these treatments have been shown to be effective, very little thought is put into the mechanisms by which these so-called neurotransmitter imbalances occur. At the extreme end of evaluation are expensive urine, saliva and blood tests that can be ordered to determine these imbalances. Yet most would still agree that the delicate interplay of neurotransmitters in an individual patient suffering from depression is not always easy to interpret or treat.

The reality is that depression is one of the most prevalent dis-ease states in North America. Diagnosed depression affects roughly 17.5 to 20 million North Americans; in a 2005 study, the U.S. Centers for Disease Control and Prevention reported that 118 million prescriptions were directed towards the primary diagnosis of depression (WD, CDC, n.d.). Of those drugs prescribed, most clinical prescriptions focus on manipulating the metabolism of serotonin, dopamine and/or adrenaline. Although these treatments may be effective at treating the symptoms of depression by increasing the availability of monoamines at the receptor site, they may not be successfully treating the underlying cause of this debilitating condition.

The purpose of this review is to evaluate the possible causes of neurochemical imbalances and ways to successfully treat patients with major depressive disorder with naturopathic protocols.

At present, a large body of research examines the relationship between oxidative stress through the inappropriate production and metabolism of free radicals and degenerative neurological disease states (Cohen, 1984; Shah, n.d.). This is because up to 25% or more of the energy produced through oxidative-phosphorylation is lost as reactive oxygen species (ROS), or free radicals. The brain has high concentrations of unsaturated lipids, which are particularly susceptible to oxidative damage. It is for this reason that neurodegenerative diseases such as Parkinson’s, Alzheimer’s, multiple sclerosis and amyotrophic lateral sclerosis (ALS) all share some level of free radical accumulation and destruction of neurophysiological function through lipid peroxidation. Further, this may also explain the pathophysiology of depression, as research indicates abnormalities in antioxidant defenses are associated with many psychiatric disease processes (Shah, n.d.).

Multiple studies have clearly shown that markers of oxidative stress such as malondialdehyde (MDA), superoxide dismutase (SOD) and lipid peroxidation byproduct levels are elevated in patients suffering from major depressive disorder (Sarandol et al., 2007; Bilici et al., 2001; Ozcan et al., 2001). Further, overproduction of free radicals have also been shown to occur due to spontaneous breakdown (autoxidation) and/or excessive metabolism by monoamine oxidase of adrenaline, noradrenaline and dopamine, which can further overwhelm the brain’s antioxidant systems (Cohen, 1984; Graham, 1978). This can be coupled to research indicating that activities of the main neuroprotectant antioxidant enzymes catalase and glutathione peroxidase have been found to be deficient in patients suffering from depression (Bilici et al., 1996; Ozcan et al., 2001). Oxidative stress may also down-regulate other essential enzyme systems associated with the methionine cycle, including methionine synthase, betaine-homocysteine methyltransferase and methionine adenosyltransferase, leading to further monoamine neurotransmitter disruption and weakening of antioxidant enzyme activities (Guildford).

Heavy metal toxicity may be a large part of the neurological dysfunction associated with depression. The sulfhydryl-reactive metals mercury and lead have been shown to affect healthy neurophysiological function in many ways. These metals are lipophilic and can readily cross the blood brain barrier (Quig, 1998; Naganuma et al., 2002). Further, they have a high affinity for the myelin of nervous tissue, cellular lipid membranes and enzymes whose activities depend on sulfur containing cysteine moieties (Quig, 1998; Naganuma et al., 2002; Faustman et al., 2002). The oxidative effects of these transition metals can promote the formation of hydrogen peroxide and also enhance subsequent iron- and copper-induced lipid peroxidation (Miller et al., 1991; Halliwell and Gutteridge, 1989; Atchison and Hare, 1994). The alteration in membrane structure over time can cause the disruption of cellular calcium homeostasis and increases in intracellular calcium concentrations, which can ultimately bring about cytotoxicity (Atchison and Hare, 1994; Johansson et al., 2007; Kaur et al., 2006; Limke et al., 2004; Winneke et al., 1996). The sulfur-dependent Na/K-ATPase enzymes can also be inhibited by the sulfhydryl-reactive metals, which can result in astrocytic swelling and destruction (Quig, 1998). Further, mercury has been shown to directly alter neurotransmitter function by affecting the uptake and release of dopamine, norepinephrine and serotonin, preferentially inhibiting GABAA receptor subtypes and stimulating M3 muscarinic acetylcholine receptors (Atchison and Hare, 1994; Beyrouty et al., 2006; Atchison, 2005; Komulainen and Tuomisto, 1982). Finally, these sulfur-seeking metals and other chemicals have been shown to directly remove reduced glutathione (GSH) from the cell, as well as inhibit the activities of two key enzymes involved in GSH metabolism: GSH synthetase and GSH reductase (Quig, 1998; Zalups and Lash, 1996; Fonnum and Lock, 2004).

SAMe has long been used as a treatment for depression, as it is required in the production of dopamine, norepinephrine and serotonin (James et al., 2004; Mischoulon and Fava, 2002). SAMe is biochemically produced through the folate-methionine cycle (see Figure 1), requiring many nutrients, including vitamin B12 and the healthy conversion of folic acid to 5-methyltetrahydrofolate (Guildford, n.d.). The production of SAMe can be interrupted by an excess of oxidative stress, sulfhydryl metals and endogenous toxins such as ethanol exposure (Waly et al., 2004). These biochemical stressors are generally removed from the body by glutathione; however, in what seems like a twist of biochemical irony, glutathione (a product of the methionine cycle) is actually needed to maintain the function of this pathway (James et al., 2004; Guildford, n.d.; Waly et al., 2004). This is due to the fact that glutathione is required for the methylation of vitamin B12, and thus the continued formation of related products (Xia et al., 2004). Therefore, overuse and rapid depletion of glutathione results in a deficiency of methylcobalamin and a number of neuropathological disease states related to a “downstream” neurotransmitter imbalance (James et al., 2004; Xia et al., 2004; Watson et al., 2004; Peterson et al., 1998; Droge et al., 1994; Droge, 2003; Dickinson and Forman, 2002; Lieber, 2003; Warner et al., 2004; Cersosimo, 2005; Wang et al., 2004; Li et al., 2003). It is for this reason that glutathione may be the key treatment in most neuropathological states such as autism, neurodevelopmental disability, attention deficit disorder, neuropathy, Alzheimer’s disease, ALS, encephalitis and multiple sclerosis, and neurotransmitter deficiencies such as depression, anxiety, malaise and low energy (James et al., 2004; Guildford, n.d.; Xia et al., 2004; Watson et al., 2004; Wang et al., 2004; Li et al., 2003). The reduced glutathione molecule consists of three amino acids – glutamic acid, glycine and the sulfhydryl (-SH) containing cysteine, which gives the molecule its electron-donating character (Kidd, 1997). The antioxidant defense system is sophisticated and adaptive, and GSH is the central constituent of this system (Kidd and Huber, 1991). The problem with glutathione is that it is functionally difficult to physiologically increase through supplementation. Oral administration of glutathione cannot be assumed to have a physiological effect due to hydrolysis in the gastrointestinal tract, and giving large quantities of glutathione percursors such as cysteine may actually increase neurological concentrations of sulfhydryl-reactive heavy metals. It is for this reason that I have found intravenous (IV) administration of GSH to have significant and rapid clinical effects in neurological diseases. 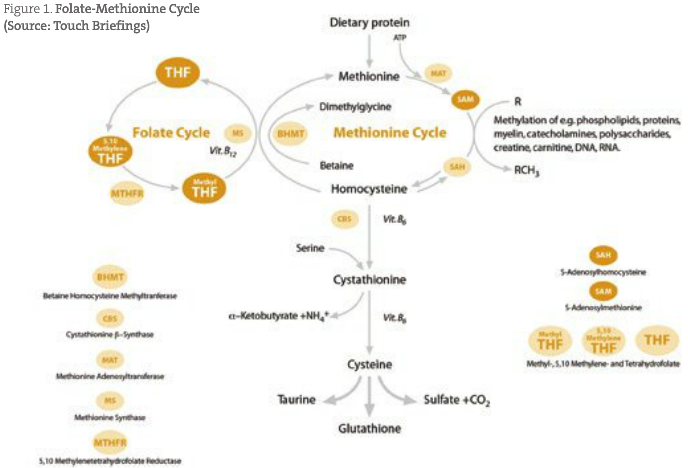 In today’s population, heavy metal toxicity is ubiquitous, along with exposure to many other endogenous neurotoxic chemicals, which means that inevitably the biochemical individuality to deal with these toxins may be the major determinate of disease. In the case of depression, the inability to cope with oxidative stress may be the keystone causal disruption, and the administration of a powerful antioxidant may be the cure.

At my clinic, I have been very fortunate to receive amazing support from associate Dr. Jonn Matsen and more than 100 patients who have received IV glutathione treatments. The reason for writing this article was to better understand the mechanism of how IV glutathione has had such a profound effect on so many depressive patients over the last year. From this research it seems that the best explanations may be through the potential reset of a disrupted methionine-folate cycle and aiding in the removal of toxic metals and chemicals from the brain. In our clinic, patients have been successfully treated for all types of psychiatric and neurological conditions with IV glutathione; however, it is important to note that this treatment’s effects have often been temporary, and have not been successful in every case. All patients at my clinic exclusively follow the Eating Alive guidelines (Matsen, 1989, 2002), which are designed to maximize proper elimination through gastrointestinal, liver and kidney support. 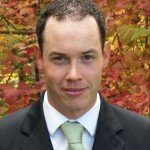 Brian Davies ND, BSc graduated from the University of Victoria in 2000, and completed his post-graduate studies at CCNM in 2006. With special interests in endocrine, immune and gastrointestinal conditions, Dr. Davies practices family medicine at his North Vancouver clinic. Dr. Davies focuses primarily on prevention of disease and lifestyle modifications, adding nutritional, botanical and homeopathic interventions as needed. Dr. Davies would like to extend special thanks to Dr. Jonn Matsen and Dr. Sandy Wood for their unconditional support. 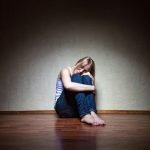 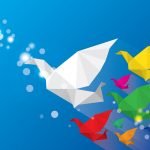 The Dance of the Mind: An Awareness-Based Approach to EmotionsAnxiety/Depression/Mental Health, Mind/Body