It is time for us to recommend glucosamine to a lot more patients. Early last fall, one of us (T.K.) commented in the Natural Medicine Journal1 on an article by Theodore Brasky et al2 that is changing the way we think about which patients need glucosamine supplementation and about how we think about cancer.

The study by Brasky et al2 was published in a 2011 issue of Cancer Causes and Control. The authors tell us that taking glucosamine and chondroitin supplements may lower the risk of lung cancer.

Brasky et al2 analyzed data from men and women living in 13 western Washington State counties that correspond to the Surveillance, Epidemiology, and End Results cancer registry Seattle–Puget Sound catchment area. A total of 76 904 individuals participated in the study. They were part of a large cohort participating in the Vitamins and Lifestyle (VITAL) epidemiological study. VITAL is an ongoing observational study aimed at looking for the effects of dietary supplement use on cancer risk.3 The study participants were questioned about glucosamine and chondroitin use as part of a 24-page questionnaire they filled out when they were first enrolled, between October 2000 and December 2002.

At that time, the age of participants ranged between 50 and 76 years.3 Participants were asked about the use of glucosamine and chondroitin and the frequency of use in the prior 10-year period. Based on their responses, participants were categorized as having nonuse, low use (<4 days per week or <3 years), or high use (≥4 days per week and ≥3 years). Actual dosages taken were not recorded. The researchers were able to determine how many of these participants eventually developed lung cancer using the Surveillance, Epidemiology, and End Results cancer registry.

Brasky et al2 found that, of almost 77 000 individuals followed up, 808 were diagnosed as having lung cancer during the course of the study. Participants in the glucosamine high-use category had about half the risk of developing adenocarcinoma of the lungs (hazard ratio [HR], 0.49; 95% CI, 0.27-0.90; P < .01 for trend) compared with those in the nonuser category. The use of chondroitin was not associated with a lower risk. Neither smoking status nor nonsteroidal anti-inflammatory drug use affected the risk.

This is a huge finding. Cutting the risk of lung cancer in half gets our attention. Everybody and their mother know about using glucosamine for sore joints, but we do not think of using it to treat much else, certainly not lung cancer. If we accept the numbers by Brasky et al2 as real, and there is no reason not to, then this is really big news.

Lung cancer is the leading cause of cancer deaths, killing more than 150 000 individuals a year in the United States.4 This exceeds the combined deaths from breast, colorectal, and prostate cancers. Because most lung cancer cases are a direct result of smoking, one would think that this many deaths would trigger some sort of “war on smoking.” Why we have not witnessed such a strong reaction is, well, a subject for another time. Cancers arising from lung tissues are broadly divided into non–small cell lung carcinoma and small cell lung carcinoma. Adenocarcinoma, a type of non–small cell lung carcinoma, accounts for most lung cancer diagnoses (30%-40% of all cases).4

If these results are accurate, one wonders what is the mechanism of action of glucosamine. A possible explanation is that glucosamine acts as an anti-inflammatory compound. The role of inflammation in the development of lung cancer is well established and is corroborated by the reduction in risk with the use of nonsteroidal anti-inflammatory drugs.6 The anti-inflammatory effects of glucosamine include inhibiting interleukin 1β stimulation of nuclear factor κB (NF-κB), thereby reducing the expression of more than 400 cancer-related genes downstream from the NF-κB promoter region.7

Other antitumor actions of glucosamine include inhibition of matrix metalloproteinases (MMPs) and suppression of nitric oxide production.8 The ability of glucosamine to lessen MMP production seems to be through inhibiting phosphorylation of mitogen-activated protein kinase, a well-studied pathway of cellular growth.9 In addition, MMPs are integral to the degradation of the extracellular matrix in cancerous growths. This stroma degradation is necessary for angiogenesis and metastatic spread of cancers. Might glucosamine perhaps preserve the integrity of the stroma, much like it preserves the joints? Anyone who has listened to Daniel Rubin, ND (Scottsdale, Arizona) speak over the last few years is no doubt acquainted with his idea that to treat cancer one needs to treat the stroma. By strengthening the stroma, glucosamine may be just what Dr Rubin ordered.

Data in the Driver’s Seat

What is so fascinating about the study by Brasky et al2 is that it is data driven rather than theory driven. Several previous investigations looked at nutritional supplementation and cancer risk based on theory. Past studies have tested various antioxidants, such as vitamin E, beta carotene, vitamin C, and selenium, against lung or prostate cancer and found no benefit or even increased risk for cancer in those taking the antioxidants. These trials were conducted based on a theory that antioxidants might protect against cancer. Brasky et al were not testing a theory. In a way, the opposite is happening: instead, we have to create a theory to explain the results.

Glucosamine already has a decent track record for reducing osteoarthritic pain. The study by Brasky et al2 should encourage us to prescribe it more often, especially to smokers. There are few other recommendations that we can list for smokers to take that could possibly reduce lung cancer risk.

The findings by Brasky et al2 have both of us rethinking how aggressively we will treat osteoarthritis in our patients. Glucosamine has risen to near the top of our list of therapies to consider for patients who are at risk of developing lung cancer. With its low risk profile and the possibility of preventing lung cancer, glucosamine is looking rather good.

Should we give glucosamine to patients with lung cancer? Nothing in these data suggests that glucosamine will hinder the growth of existing lung cancers. Still, when interviewing patients who have lung cancer, it certainly will not hurt to ask about their knees and see if they hurt.

Tina Kaczor, ND graduated from NCNM and completed a two-year clinical residency in integrative oncology at Cancer Treatment Centers of America. She is current president of OncANP, and serves as secretary of the American Board of Naturopathic Oncology Board of Medical Examiners. Dr. Kaczor is an adjunct faculty member at NCNM, overseeing students on a dedicated oncology clinic shift at the Pettygrove clinic in Portland. She currently practices at the Clinic of Natural Medicine in Eugene, Ore. 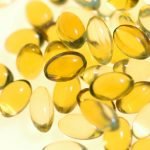 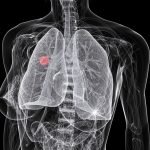