Non–small cell lung cancer (NSCLC) constitutes 80% to 85% of all lung cancer cases diagnosed, with adenocarcinoma being the most common subtype. In 2011, there were 221 000 new cases reported in the United States, with 156 940 deaths.1 Lung cancer is the leading cause of cancer-related death in North America for men and women. It is most strongly associated with a history of tobacco use; however, NSCLC can occur in patients who have never smoked. Other significant risk factors include exposure to secondhand smoke, asbestos, polycyclic aromatic hydrocarbons, and air pollution and previous irradiation to the chest or breast.1 Lung cancer is insidious in its presentation, and patients may initially be seen with vague and nonspecific symptoms. As a result, physicians should carefully assess and screen patients who are at greatest risk.

J.F. is a pleasant 54-year-old woman who was diagnosed as having stage IV NSCLC with pleural involvement in June 2010. Before diagnosis, she had been experiencing mild shortness of breath and fatigue. Her oncologist gave her two treatment options: (1) chemotherapy or (2) monitoring the growth of the disease, with initiation of treatment only if she became progressively symptomatic. J.F. chose the latter, and follow-up computed tomography (CT) in October 2010 demonstrated no significant changes. Additional follow-up CT imaging was scheduled for 4 months later, and the patient was informed that chemotherapy would most likely be started at that time. J.F. then pursued naturopathic treatment to improve her symptoms and to delay the onset of chemotherapy.

In late 2010, J.F. was seen at the Robert Schad Naturopathic Clinic (Toronto, Ontario, Canada) with chief complaints of low energy, a mild cough, shortness of breath on exertion, and pain at the site of a biopsy incision. Her family history is significant with melanoma in her father. He had smoked cigarettes throughout J.F.’s childhood, so she was likely exposed to smoke for several years. J.F. has a personal 20-pack per year smoking history. She had quit smoking immediately on being diagnosed with NSCLC.

On examination, J.F. reported tenderness with light palpation and deep inspiration around the right lateral mid to lower lung field. This was the location of the incision for the lung biopsy specimen obtained before diagnosis. A small area of dullness was noted on percussion and auscultation in the posterior right upper lung field. All vital signs were within normal range. She weighed 146 lb. In relevant laboratory tests, her glucose-6-phosphate dehydrogenase screen was normal, and her 25-hydroxyvitamin D level was low at 16 ng/mL (40 nmol/L).

Goals for J.F. included improving her fatigue, reducing pain and shortness of breath, and delaying the onset of chemotherapy. In addition to the treatments listed herein, acupuncture and massage therapy were included to relieve the pain that J.F. was experiencing. A questionnaire by the European Organization for Research and Treatment of Cancer was used to note improvements in her quality of life.2

Vitamin D3 Epidemiological data indicates that a suboptimal level of vitamin D is associated with impaired pulmonary function and with increased incidence of inflammatory or neoplastic disease.3 The effects of vitamin D result from its role as a nuclear transcription factor that regulates cell growth, differentiation, apoptosis, and a wide range of cellular mechanisms central to the development of cancer.4 J.F. was prescribed vitamin D3 (10 000 IU) once daily for 3 months, followed by a reduction in the dosage to 4000 IU once daily.

Melatonin Melatonin is a natural oncostatic agent and has direct antitumor activity.5 Human studies have demonstrated that the metabolism of melatonin is impaired in patients with advanced NSCLC5 and that melatonin (20 mg/d) may control tumor growth by decreasing vascular endothelial growth factor secretion6. J.F. was instructed to take melatonin (20 mg) once daily 30 minutes before bed.

Curcumin Curcumin has been shown to exhibit various pharmacological effects by influencing the expression of transcription factors, cytokines, protein kinases, and enzymes that have been linked to inflammation (such as nuclear factor-κB and cyclooxygenase 2) and the initiation of cancer.7 It may also inhibit cell proliferation and induce apoptosis in NSCLC cell lines.8 J.F. was prescribed curcumin (2 g) once daily.

Diet Significant weight loss in patients with late-stage lung cancer is an important factor to consider. Compounding this problem is the high prevalence of cachexia among these patients, caused by the cancer-related changes in metabolism and inflammatory cytokines. Great emphasis was placed on incorporating good-quality fats and sources of protein into J.F.’s diet. To achieve optimal protein and caloric adequacy, a whey isolate protein shake was recommended 2 times per day. She also began juicing carrots, beets, ginger, and dark green leafy vegetables on a daily basis. All sources of caffeine, alcohol, and refined sugar were removed from her diet.

After follow-up imaging in late February 2011, the CT report stated that the tumor showed no increase in size from the previous imaging and might, in fact, be slightly smaller. Furthermore, a hardened or darker area was observed around the margins of the tumor. J.F.’s oncologist was satisfied with the imaging results and was comfortable in withholding chemotherapy for another 3 months, at which time additional CT imaging would be performed. She was told to “continue whatever it is that you are doing.”

The mind-body connection is a clinically relevant concept to consider when treating patients with cancer. Emphasis in practice is on reducing one’s risk for developing cancer; however, bringing this awareness to patients with active disease is just as important.15 A positive outlook on one’s health, treatment, and prognosis can have significant implications in disease progression and recurrence. In particular, evidence showed that patients with lung cancer who demonstrated a pessimistic outlook had a less favorable survival outcome.16

It is imperative to bring awareness to the patient about how his or her perceptions, thoughts, and emotions can influence the symptoms he or she is experiencing and the outcome of treatment. This can be an incredibly empowering moment. In addition to the prescribed treatments, the patient can also begin to rely on his or her own thoughts and behavior to have an effect as well. This is the basis of psychoneuroimmunology, which was emphasized in the visits with J.F. The practitioner and patient should be aware that emotions and thought patterns can directly influence the immune response, which may then directly affect the microenvironment of the tumor and ultimately improve response to treatment.

Over the course of treatment, J.F. was extremely compliant with all recommendations and demonstrated much resolve and dedication. As a result, subjective and objective improvements were observed with naturopathic treatment. After 3 months, J.F. reported reduced pain and shortness of breath, had increased her weight to 151 lb, and noted overall improvements in fatigue and quality of life as measured by the European Organization for Research and Treatment of Cancer questionnaire. Following the February 2011 CT imaging, J.F. seized the opportunity to go on a 6-week trip that she had been planning for years.

Patients with late-stage cancer are difficult to treat with allopathic medicine and with naturopathic medicine. Incorporating the necessary dietary and nutritional interventions must be emphasized. The patient must be motivated to make such changes, and it is the role of the physician to explain the objectives of treatment, while providing realistic expectations. Focus must also be on bringing awareness to patients and empowering them to influence their own health. A complete naturopathic cancer treatment plan must be one of dietary, nutritional, emotional, and spiritual balance.

I thank Daniel Lander, ND and Jill Shainhouse, ND for their advice and support in the treatment of this patient. 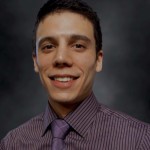 Mark Fontes, ND is a graduate of the Canadian College of Naturopathic Medicine, Toronto, Ontario, Canada. With a focus on naturopathic oncology, he is currently a clinic resident at the college and practices in downtown Toronto. 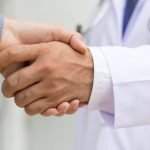 The Physician-Patient Relationship: Keeping It Real, While Meeting the Patient’s NeedsEducation, Practice Building 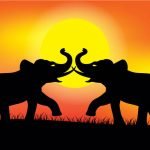 A Perfect Storm of Epistemology and Turf: The Debate About Unique Knowledge Within Naturopathic MedicineEducation