Fortunately, melanoma is a relatively rare cancer and we do not see it very often in practice. Unfortunately, when we do see a patient with melanoma it is frustrating because few things effectively slow its growth. Thus when our colleague Michael Traub ND, FABNO shared an interesting tidbit on treating this disease, I paid attention. This was back in 2008 when Dr. Traub posted a fascinating abstract onto OncANP’s online chat room.

Way back in August 2004, one of those papers was published that few noticed. J. Ellerhorst and colleagues at MD Anderson Cancer Center in Texas had a paper appear in Clinical Cancer Research titled, “Expression of thyrotropin-releasing hormone by human melanoma and nevi.”1 Admittedly, the title doesn’t leap out and say “Read me!” Still, let me explain what these guys figured out. 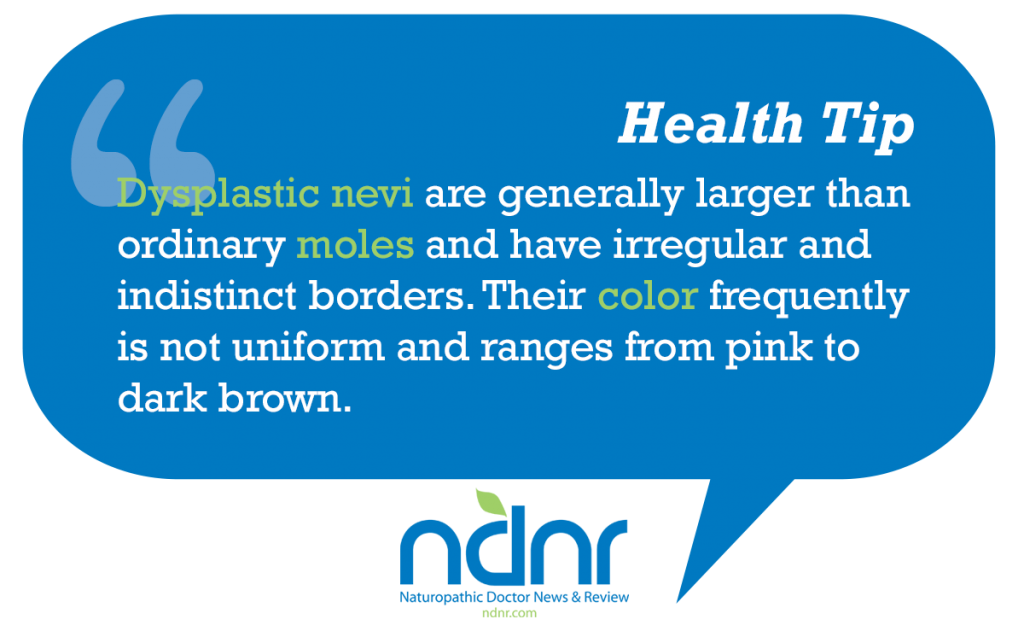 Thyrotropin-releasing hormone (TRH) is, as we know, a hormone produced by the hypothalamus in response to a perceived deficiency in thyroid hormone in the blood. The TRH gets carried to the anterior pituitary gland by the superior hypophyseal artery, and there it increases thyroid stimulating hormone (TSH) production and release.

Anyway, Ellerhorst et al tested various skin cooties and found that melanomas were sensitive to TRH; it acted to stimulate their growth. They also tested nevi and dysplastic nevi. Nevi is defined as ‘sharply-circumscribed and chronic lesions of the skin.’ This would entail birthmarks and moles. By definition, nevi are benign.

Dysplastic nevi are generally larger than ordinary moles and have irregular and indistinct borders. Their color frequently is not uniform and ranges from pink to dark brown; they usually are flat, but parts may be raised above the skin surface. Dysplastic nevi can be found anywhere, but are most common on the trunk in men, and on the calves in women.

But let’s get back to Ellerhorst. When he and his guys tested all these various skin lesions for reaction to TRH, reactivity was, “… observed in 12 of 19 melanomas (63%), 23 of 33 (69.7%) dysplastic nevi, and 14 of 27 (51.9%) benign nevi.” In simpler words, about half reacted to TRH and the dysplastic ones and cancerous growths were a little more sensitive. When they tested nevi from patients who also had melanoma, there was a much greater chance they would be TRH sensitive.

This provides an interesting angle for testing skin lesions and predicting who might get a melanoma down the road even if the current lump being biopsied appears benign. The only trouble with knowing this is where does one find a lab capable of testing little snipped off skin lesions for TRH sensitivity? This is all very fine for MD Anderson to do, but what do we mere mortal NDs in clinical practice do with this knowledge? Ellerhorst took this line of thought a step further a few years later.

Ellerhorst has a paper published in 2006 that is more clinically useful.2 Instead of looking at TRH, he and his colleagues looked at TSH effects. Admitting they had observed that people with melanoma were often hypothyroid, they set out in this study, “…. to test the hypothesis that TSH, which circulates at elevated levels in hypothyroid individuals, stimulates the growth of melanoma cells.” They found that all of these skin lesions, moles, nevi, etc. had a good chance of having receptors for TSH, and the percentages increased as the moles became dysplastic and then malignant. What’s more, TSH when it hooked on to these receptors stimulated cell growth. “Taken together, these data support the hypothesis that TSH is a growth factor for human melanoma.”2

They concluded, “Our findings have broad clinical implications for the prevention of melanoma and the management of established disease.”2

If TSH makes melanoma grow faster, then this would seem to be a ‘no brainer’. If you increase thyroid hormone levels in the blood, TSH goes down. With enough hormone you can lower TSH to nearly zero.

The first take-home lesson from this information is that we should treat people with hypothyroid disease to prevent elevated TSH and lower their risk for melanoma. Avoiding high levels of TSH may make more sense than slathering on sunscreen.

The second thing Ellerhorst’s work suggests should also be obvious. For people with melanoma or a history of melanoma, we should be testing and treating them for low thyroid function. Perhaps we should treat them a bit more aggressively than people without such a history.

One might conceivably argue that keeping patients with melanoma on doses of supplemental thyroid hormone that are just a little on the high side and that suppress TSH production might have benefit. Keeping TSH low may prevent it from acting as a ‘growth factor’ and stimulating skin cancer cell proliferation.

With this information in mind I now pay more attention to thyroid function in patients with skin conditions. Over the last several years and much to my consternation, I have found that the two conditions indeed appear to correlate more often than expected. It hasn’t been a matter of testing to rule out hypothyroid function in melanoma patients. Instead, it is checking their last TSH; they have all been already taking thyroid hormone already. Our work has been to adjust their medication dose upwards to optimize action and lower TSH into a ‘normal range.’ Though tempting to suggest a target goal of a low normal or even suppressed TSH, in most cases we have simply aimed at reducing TSH to what we generally consider reasonable, 1.0-1.5.

We probably cannot claim this to be alternative medicine; it is simply the practice of good medicine. Yet often in the panic of dealing with such a serious condition as melanoma, concern over basic problems is forgotten. This is an example that we must always treat the whole person and not the single condition in isolation. 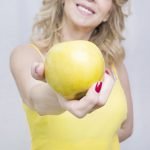 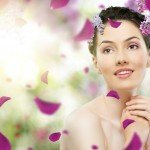