Botanical Medicines for Treatment of Fibromyalgia

Fibromyalgia is a multifactorial syndrome diagnosed on the basis of clinical symptoms with no known clinical markers or lab tests pointing to a definitive diagnosis. The most common symptoms are nonrestorative sleep, fatigue, chronic widespread tenderness of joints and tissues, headache, decreased memory and concentration, and personality changes.

While studies have failed to identify a specific underlying cause, fibromyalgia has often been associated with irritable bowel symptoms, paresthesias and depression (Bengtsson, 2002). More than 80% of patients are female, with a mean age of onset of 45 years of age. Treatment is frequently symptom-oriented and palliative, with conventional therapy focusing on low-dose anti-depressants and analgesics.

Fibromyalgia patients are often treated as though they are malingering because they present with pain disproportionate to what is observed clinically, but this is not the case. Dysregulation of pain-processing mechanisms is a possible cause of the allodynia and sensitivity experienced by these patients. The idea of using cayenne topically for pain is an old one. Eclectic physician Harvey Wickes Felter described capsicum as an important “topical stimulant, rubefacient and counter-irritant” that, “by its revulsive action … often relieves local pain.” He added that, “either the tincture painted upon the part or the capsicum plaster may give relief to so-called chronic rheumatic pains, and be applied to lumbago, pleurodynia and intercostal neuralgia” (Felter, 1922).

In a double-blind, placebo-controlled trial involving 45 patients with fibromyalgia, 0.025% capsaicin cream applied to tender points was shown to significantly reduce tenderness and increase grip strength (McCarty, 1994). There were no statistically significant differences in overall pain. The most commonly reported adverse event from the study was intermittent burning or stinging at the site of application. Another trial of 23 patients with chronic neck pain demonstrated decreased subjective neck pain when capsaicin 0.025% cream was applied four times a day for up to five weeks (Mathias, 1995). Tincture of cayenne added to any base cream works just as well as isolated capsaicin. Frequent application is most effective, which can limit the utility of this treatment for anything beyond acute flare-ups.

When applied topically, capsaicin binds to vanillinoid receptors in pain- and itch-sensing neurons in the skin, causing an initial period of neuronal excitation and sensitivity through the release of substance P from sensory fibers. This initial stage of sensitivity is experienced as itching or burning and accompanied by cutaneous vasodilation (Mason, 2004). What follows is a refractory period in which sensitivity diminishes and substance P is depleted and its synthesis is blocked. Repeated applications increase the pain threshold by causing long-lasting yet reversible desensitization of the neuronal cell membrane.

Some research suggests that a number of fibromyalgia symptoms stem from poor peripheral and cerebral circulation. Therefore, increasing venoprotective anthocyanidin flavonoid intake makes sense as a possible treatment. In one randomized, placebo-controlled crossover trial, 12 patients with fibromyalgia received four different treatments, each for 12 weeks with a one-week washout period between treatments (Edwards, 2000). Study participants rotated through receiving 40, 80 or 120mg of anthocyanidins and placebo, and were allowed to continue other prescribed treatments for fibromyalgia. The anthocyanidins were extracted from Vitis vinifera (European grape) seed, Vaccinium myrtillus (bilberry) fruit and Vaccinium macrocarpon (cranberry) fruit. At the end of the trial, participants were assessed for trigger point tenderness, secretory IgA levels and IBS symptoms. Of the nine participants who completed the trial, a small but significant effect was noticed as compared to placebo for sleep disturbance and severity of fatigue. The optimum effect was seen with an 80mg per day dose and a minimum therapeutic trial of three months.

One of the late Dr. Bill Mitchell’s favorite remedies for the treatment of fibromyalgia is well known to naturopathic physicians – Silybum marianum (milk thistle) (Miitchell, 2003). Besides its well-known benefits on the liver and kidney, milk thistle is, of course, also significantly antioxidant.

Ginkgo biloba is another herb that has demonstrated potent antioxidant activity in studies, with a low incidence of side effects. One open, uncontrolled trial found that 80mg of Ginkgo standardized extract with 200mg coenzyme Q10 over a period of 84 days improved quality of life (Lister, 2002). More rigorous studies are warranted.

Adaptogens can be used effectively in the treatment of patients with fibromyalgia because they address the disordered response of the hypothalamic-pituitary-adrenal axis that research suggests is a possible cause. Adaptogens help patients cope with and resist stress, another factor in the development of this syndrome. None have been subjected to clinical trials in the area of fibromyalgia. The choice of adaptogen depends on the individual factors the patient presents with balanced against ecological factors (that is, choosing the most local resource possible and avoiding endangered species). This topic has been covered previously in this column (April 2006 NDNR).

Nervines are herbs that calm the nervous system, relax spasms and decrease pain (Abascal and Yarnell, 2004). Though untested in fibromyalgia patients, clinically they often can bring some measure of pain relief and reduce anxiety. Among the many bioregional options are Valeriana sitchensis (Pacific valerian) from the Northwest, Eschscholzia californica (California poppy) from California, Scutellaria lateriflora (skullcap) from the East, Argemone mexicana (prickly poppy) from the Southwest or Piper methysticum (kava) from Oceania.

Another interesting remedy with some nervine properties is Actaea racemosa (black cohosh), a member of the buttercup or Ranunculaceae family and a cousin of Pulsatilla spp (pasque flower, anemone), an herb with which it has much in common and which is an even more potent anodyne. While most practitioners use black cohosh as an estrogen modulator and uterine tonic, it is also spasmolytic, inflammation modulating, analgesic and antirheumatic. Black cohosh was used by the Eclectics in the treatment of myalgia, neuralgia, reproductive disorders and rheumatic conditions. According to HW Felter, “Macrotys [as it was then known] was introduced into Eclectic medicine by King in 1844 as a remedy for acute rheumatism and neuralgia with such success that it gradually came to be a leading medicine for these disorders” (Felter, 1922). Native Americans used the roots and rhizomes to treat rheumatism as well as menstrual problems.

There are many safe and effective botanical remedies available for the treatment of fibromyalgia, despite the limited research. Additional studies are needed to determine effective doses and provide alternatives to the many pharmaceutical options currently being proposed in the literature. Botanical medicine has much to offer patients with this debilitating condition.

Edwards AM et al: Food supplements in the treatment of primary fibromyalgia: A double-blind, crossover trial of anthocyanidins and placebo, Journal of Nutritional and Environmental Medicine 10(3):189-99, 2000.

McCarthy GM, McCarty DJ: Effect of topical capsaicin in the therapy of painful osteoarthritis of the hands, J Rheumatol 19(4):604-7, 1992. 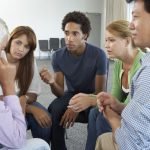 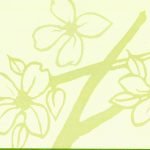