Peony for Women’s Health and Beyond

Paeonia lactiflora (Chinese peony) and Paeonia brownii (California peony) relax smooth muscle tissue with a particular affinity for the female reproductive tract. They also have a range of other intriguing activities.

The root with bark is the part of California peony utilized in medicine. Though Paeonia suffructicosa (tree peony, mu dan pi) root bark is also utilized in traditional Asian medicine, its intricacies will not be considered here.

As stated above, the principal use of all peonies is to relax the uterus. This is most helpful in patients with dysmenorrhea but is also relevant in relieving hot flashes. Chinese peony has been well documented to reduce pro-inflammatory eicosanoid production in the uterus and to have analgesic activity (Shibata, et al. 1996; Kitade, et al. 1986). The usual dose of red or white peony as powder or decoction is 3 g, three to four times daily for acute problems. A tincture (1:3-1:5, 30% ethanol) can also be used at a dose of 2-3 ml, four times daily.

TSS was more effective than placebo at relieving primary dysmenorrhea with yin deficiency after use for two menstrual cycles in one clinical trial (Kotani, et al. 1997). In another open trial, 11 patients with hot flashes secondary to antihormonal drug therapy for endometriosis, adenomyoma or fibroids had significant relief, with four completely relieved (Tanaka 2001). An open trial found that TSS could normalize the menstrual cycle and reduce discharge in women with leukorrhea and corpus luteum insufficiency (Sakamoto, et al. 1996). Finally, TSS has been shown to enhance the efficacy in clomiphene in infertile women, increasing the number of pregnancies by 33% compared to clomiphene alone (Yasui, et al. 1995). SKT has been shown helpful in a preliminary trial for reducing acne by reducing serum testosterone levels in young women (Aikzawa and Niimura 1996).

Other Uses of Peony

Beyond its effects in the female reproductive tract, peonies also affect the musculoskeletal and immune systems. SKT has been used to successfully prevent arthralgia and myalgia during chemotherapy (Fujiwara, et al. 2000). It has also been successfully used to reduce muscle cramping in patients undergoing regular hemodialysis (Yamashita 1992). TSS relieved symptoms in patients with rheumatoid arthritis with even greater benefit when combined with Panax ginseng (Asian ginseng) root (Yamamoto, et al. 2000). Polysaccharides from Chinese peony root has been shown to have immunomodulating activity in vitro (Tomoda, et al. 1993).

Chinese peony has several other potentially exciting actions according to pre-clinical trials. It reduces fibrosis in the liver, which has also been confirmed by comparing liver biopsies before and after treatment by large doses of red peony in humans with chronic active hepatitis (Yang 1994). Chinese peony root blocks the binding of corticosteroids to their receptor, thus potentially giving it systemic inflammation modulating activity (Tamaya, et al. 1986). It also contains compounds that are vasodilatory (Goto, et al. 1996). These and many other aspects of this herb make it more than just a simple spasmolytic.

California peony is a little utilized native species, forgoing the need to import Asian herbs across the ocean and thereby reducing fossil fuel use. It works similarly to the Asian species, relieving uterine and bronchial spasmodic conditions and reducing muscle aches (Moore 1993). When harvesting, care should be given to not take an entire stand and to plant some seeds from unharvested plants to insure renewal of this valuable resource. A typical dose of tincture made from the dried roots (30% ethanol, 1:3-1:5 concentration) is 1-2 ml, four times a day for acute problems.

Like Chinese peony, California peony is very safe and usually causes no adverse effects at therapeutic doses, besides occasional nausea. All peonies may inhibit platelet aggregation and should therefore be used with caution with anticoagulant drugs, though no cases of interactions have been reported. Peonies should also be avoided in pregnancy unless absolutely necessary (though they are indicated to help stop threatened miscarriage).

Kitade M, et al. (1986) “A double-blind study of the analgesic effects of shakuyaku-kanzo-to used in combination with acupuncture anesthesia” The Clinical Report 20:3309-3314

Yamashita JI (1992) “Effect of Tsumura skakuyaku-kanzo-to on pain at muscle twitch during and after dialysis in the patients undergoing dialysis” Pain and Kampo Medicine 2:18-20

Eric Yarnell, ND, RH(AHG) is a 1996 graduateof Bastyr University. He completed a two-year residency with Silena Heron, ND and served as chair of botanical medicine at the Southwest College of Naturopathic Medicine. He is past senior editor of the Journal of Naturopathic Medicine. Dr. Yarnell is a founding member and current president of the Botanical Medicine Academy and author of numerous textbooks and articles including Naturopathic Urology and Men’s Health, Naturopathic Gastroenterology and Clinical Botanical Medicine. His area of clinical focus is urology and men’s health. He is adjunct faculty in botanical medicine at Bastyr University and Tai Sophia Institute. 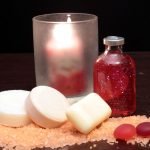 How to Utilize Aromatic Therapies in the Case of Premenstrual SyndromeAnxiety/Depression/Mental Health, Aromatherapy, Mind/Body, Women's Health 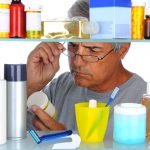