Cradle cap is a term given to infants who have seborrheic dermatitis of the scalp. This is usually a self-limiting inflammatory condition of the skin. It is not always restricted to the scalp. Other affected areas may include the eyelids, ears, forehead, chest, groin, axial, eyebrows, and inguinal folds.

Diagnosis of infantile seborrheic dermatitis is made by objective findings. Lesions are presented as greasy yellow scales overlying the erythematous patches. The lesions usually occur soon after childbirth or may continue into the first year of life.

Predisposing factors include hormone activity that affects sebaceous glands, nutritional deficiencies, and microflora for the skin and scalp.

Early sebaceous gland activity in a neonate is affected by the mother’s hormonal activity. Sex hormones have a direct effect on sebaceous glands; therefore, hormone effects may also be seen through the period of nursing. In my clinical practice I have seen cradle cap in children who are slightly older (up to the age of 2); interestingly enough, their mothers were still nursing them.

There is definitely a consensus that essential fatty acid metabolism plays a role in this condition. The microfloras (organisms that normally colonize the scalp) utilize fatty acids for replication. Scientists have found a predominant organism associated with seborrheic dermatitis. It has been identified as Malassezia spp., which has been classified as yeast. It only makes sense that temperature, pH, and humidity are factors in the growth and flare-ups that may occur.

Other contributing factors that may be important to address with both infant and nursing mother include the following: food allergies, B vitamin deficiency (particularly biotin), and fatty acid deficiency. My sense is that the mothers may have to some degree a leaky gut, which contributes to allergies and nutritional deficiencies. This should be addressed by an allergy elimination diet and treating the leaky gut. If the baby is not nursing, he or she may have a leaky gut and allergies, which should be addressed as well.

Among alternative physicians, treatments with essential fatty acids are at the top of the list for therapies. Essential fatty acids must be given to mother, infant, or both. In general, treating nursing mothers is the best way to treat the infant via breast milk. I recommend about 1000 mg of cod liver oil to the nursing mother twice a day. Research has shown that topical application of borage oil to the infant is also helpful. There is a controversy over using topical olive oil, which some sources say can make the lesions worse. I personally prefer borage oil because it is an omega-6 fatty acid and helps in the reduction of inflammation.

Cradle cap topical oil formula ingredients (helps soften lesion, reduce inflammation, and reduce organism growth): Borage oil (5 ml), vitamin E, and essential oil of chamomile (2 drops). Mix and put into a dark bottle. Apply an adequate amount of the mixture to the affected area and gently massage in the formula. Wait 1 hour and then gently wash the mixture off with water. Follow with a shampooing using a soft brush or sponge.

Hydrosols offer a gentle option that may provide both soothing and antimicrobial benefits. For cradle cap, I would consider hydrosol of Roman chamomile. Roman chamomile hydrosol is a gentle water that has been extracted via steam distillation. It is the number one baby care choice amongst hydrosols for infants. It helps with colic, infection, inflammation, insomnia, and painful teething.

Hydrosol of Roman chamomile: You can use this hydrosol following the oil treatment instead of just washing the mixture off with water, or it may be used instead of the oil mixture if the condition is not too severe. I also like my mothers to wash their breasts with hydrosol of Roman chamomile. It soothes the nipples and is a great disinfectant. If the mother washes before nursing, she should dilute the hydrosol 50:50.

Shaida Sina, ND, has been working in the field of medicine for over 20 years. Her initial training began as a clinical scientist. She received her BS from the University of Maryland, in the School of Medicine’s Department of Medical and Research Technology. During her first 10 years in health care she worked in the field of laboratory medicine where she ultimately became lead technologist of a reference infectious disease laboratory. Dr. Sina began her studies in natural medicine in 1995 at SCNM and was the first naturopathic physician to do a clinical rotation at Mayo Clinic, where she trained in reproductive endocrinology. Her areas of clinical focus include women’s health care, pediatrics, and general famil 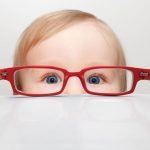 An Unusual Remedy for an Unusual Boy: A Case of PDD-NOSAnxiety/Depression/Mental Health, Mind/Body, Pediatrics 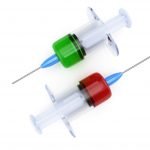