The Grief Recovery Institute (of which I’m the executive director) has been connected to the funeral industry for more than 35 years. We’ve also been linked with the clergy from all religions, since they are also at the forefront when there’s been a death.

In being called upon to help funeral directors and priests, rabbis, and ministers, we’ve had to help them understand that their focus is quite different from that of the grievers they are there to serve.

A Family’s Grief vs Intellectual Concerns of the Industry

As you might imagine, funeral directors and cemeterians are concerned with the host of services they must perform and the products they provide for families at the time of the death of someone important to them. Among those services are arranging for a hearse, providing a chapel or hall for a memorial, contacting floral shops, preparing a gravesite, and making available a range of essential products like caskets, gravestones, urns, and much more.

The funeral directors and cemeterians are preoccupied with those tangible, practical items that must be provided. In a manner of speaking, those could be called intellectual concerns. The grieving family, however, is preoccupied with the emotions connected to their loss. Along with many other feelings, the primary emotion connected to grief is fear. The fear manifests itself as an implied – if not spoken – question, which is, “How do I go on without that person?”

Now to the clergy… In general, they are concerned with the religious or spiritual aspects of the funeral. But the griever, no matter how religious he or she may or may not be, is still primarily involved with his or her emotions, the first and foremost of which is fear.

Our job in Grief Recovery is to help bridge that gap by teaching funeral directors and clergy how to communicate with grieving family members. We have to help those professionals set aside their intellectual or spiritual focus just long enough to hear and acknowledge the emotional presentation of the families they hope to serve. If not, the families are often unhappy with the funeral arrangements, no matter how perfectly the funeral director thinks they were, or how grace-ful the clergy person thinks his sermon was.

You might be wondering what the above has to do with doctors and bedside manner. The answer: everything!

The solution is the same for the doctor as it is for the funeral director or clergy person. You must direct your head and your heart – at least for a short time – to the emotional presentation of the patient. Most people, even if they don’t have an apparent medical concern, have a fear that something scary will be discovered. If they do have some medical issues, their fears will escalate them to the worst possible conclusions. You must acknowledge those fears, or they won’t hear anything you say that might otherwise help them.

A friend of ours had a run-in with a defective power saw. Result: 1 nearly-severed thumb, hanging by a thread. He was rushed to a nearby hospital in time to reattach the digit after a very long procedure. He was released from the hospital a few days later with a heavily bandaged hand and forearm. He was to return in a few months for a reconstructive surgery that would give him feeling in his thumb and a wider range of motion.

Over the next few months, as he healed from the emergency surgery, he had a difficult time dealing with his young son who wanted to be picked up by his daddy. Because his daddy usually picked him up and played airplane with him, which he loved, the little boy didn’t really understand.

The afternoon before the reconstructive surgery, he checked into the hospital. The surgeon came by his room for a pre-op meeting and began explaining what was going to happen that night, in preparation for the surgery in the morning. Then he stopped and said the following: “Typically, at this point, patients have a question or concern about the procedure or the recovery. Do you have any questions?” So my friend, who really didn’t have any questions, thought, “Gee, I guess I’m supposed to have a question.” So he asked, “Yes, doctor, how long will my hand be in the cast?” [As you can guess, that question was based on the time during which he had not been able to pick up his son.]

The surgeon, oblivious to the repeated question and the angry tone in which it was asked, said one more time, “We’ll get to that later.” And he went on to explain, at great length, in medical terms that my friend didn’t understand, some of the procedural elements of the surgery. And one more time he asked, “Any questions?” And my friend said, “YES, DOCTOR, HOW LONG WILL MY HAND BE IN THE DAMN CAST?”

And the doctor stopped, finally heard the question, and said, “About 6 weeks.”

My friend said, “Thank you, doctor. Now would you kindly repeat everything you’ve been saying? I haven’t heard a word you’ve said since I first asked you how long the cast would be on and you didn’t answer.”

The doctor, bless his heart, said, “Oh my gosh, is that why they never remember tomorrow what I tell them today?” And my friend said, “Yes, Doctor!”

Once again, there was a gap between the doctor’s pat speech about the medical preparations for the surgery and the emotional question my friend had about the cast. In that situation, the doctor himself had created the preoccupation, and then didn’t deal with it in a timely manner.

Listen To Your Patients

In the simplest terms, all present-moment preoccupations must be dealt with properly. They must be acknowledged and handled or, in some situations, acknowledged and shelved. There was no reason for the doctor to shelve the question of how long the cast would be on and, by not recognizing the emotional basis and importance of the question, to not answer it right away; my friend missed everything he said until he got his answer.

Bedside manner can mean all kinds of things, but at the very least it must include listening to and hearing the emotional presentation and preoccupation of the patient. Ordinary people are put off by doctor-speak, and they are even more negatively affected when their emotions are not acknowledged.

This is not to say that you need to be a therapist or psychiatrist – just a human being. Knowing that fear is usually an underlying concern in most medical situations will help you stay aware of what your patients are experiencing. Other than the health issues you can help them with, the biggest gift you can give your patients is your ears with your heart attached.

Russell P. Friedman is the executive director of The Grief Recovery Institute. He is also co-author of the books, The Grief Recovery Handbook, When Children Grieve, Moving On, and Moving Beyond Loss.Russell has also written a series of articles which can be accessed at www.griefrecoverymethod.com. Russell often appears as an expert on CNN. Of special note: September 15, 2001, in the aftermath of 9/11; in 2002, after Andrea Yates drowned her children in Houston; and in 2009, following the death of Michael Jackson. In 2005, he was featured on “The Today Show” with Matt Lauer, to help parents guide their children in dealing with loss. 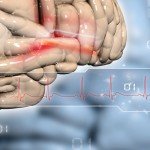