Approximately one-third of women in the United States are approaching or have gone through menopause.1 Although menopause is a natural transition stage in a woman’s life, 75% of women (roughly 40 to 50 million) will experience menopausal vasomotor symptoms (VMS), such as hot flashes and night sweats, and 60% will seek medical treatment for them.1

The Women’s Health Initiative (WHI), a 2002-published study of hormone therapy in postmenopausal women,2 has created increased demand for non-hormonal approaches to the alleviation of VMS in menopause. Naturopathic doctors have traditionally used botanicals, herbs, dietary and lifestyle treatment approaches. Since the WHI, there has been a growing understanding of the mechanisms behind VMS, which has enabled the integration of additional neuro-endocrine approaches to menopausal symptom relief.

There is no clear consensus on the pathophysiology of VMS in menopause; however, a number of theories exist. The premise behind most proposed mechanisms is a narrowing of the thermoregulatory threshold between shivering and sweating, caused by changing estrogen and neurotransmitters levels.3 Key players include central norepinephrine, estrogen, serotonin and endorphins.

Low estrogen levels are the hallmark of menopause. This results in decreased circulating levels of serotonin and endorphins, as well as fewer serotonin receptors. A drop in serotonin receptors causes a loss of norepinephrine negative feedback and a reduction in the thermoregulatory set point. This premise explains how therapies that increase serotonin, estrogen, and endorphin levels, or that lower norepinephrine levels, can often reduce VMS in menopause.

VMS is triggered in a small region of the hypothalamus, and central noradrenergic activity plays a major role in its initiation.4 The α2-adrenergic agonist, clonidine, which blocks central norepinephrine activity, has been shown to reduce hot flashes.5

Estrogen and serotonin receptors coexist throughout the body. Many of the perceived benefits of estrogen may actually be the result of estrogen’s effects on serotonin (5-hydroxytryptamine, or 5HT). (See Table 1 for a summary of estradiol’s neurological activity.) Estradiol impacts serotonin in 3 ways:

Selective serotonin reuptake inhibitors (SSRIs) block the reabsorption (reuptake) of the neurotransmitter serotonin in the brain. Increased circulating 5HT levels result in greater 5HT2a receptor activity and reduced norepinephrine activity. This mechanism is the reason SSRIs significantly reduce menopausal VMS up to 60% of the time.8,9

The thermoregulatory threshold is narrowed by reductions in serotonin and estrogen levels or increases in norepinephrine.13 A number of pharmaceutical studies.8,13,14 confirms these proposed mechanisms, providing a road map for natural, non-hormonal approaches to VMS in menopause.

Studies examining the antidepressants, paroxetine and venlafaxine, demonstrated a reduction of menopausal VMS and improved patient quality of life.14 However, these antidepressants have also been shown to have undesirable side effects, including loss of libido, insomnia, headaches, and nausea. Clonidine produced positive results in small studies, but it also induced side effects like nausea, fatigue, headaches, dizziness, and dry mouth.12 Studies on gabapentin, an anticonvulsant, have shown mixed results and side effects, including fatigue, dizziness, ataxia, and somnolence.14

Hot flashes and night sweats greatly affect the quality of life of many menopausal and peri-menopausal women. Declining estrogen levels spark imbalances in the endocrine and nervous systems. By understanding the mechanisms behind VMS, natural non-hormonal treatments can be personalized for patients, offering safe and highly efficacious alternatives or complements to hormone-based therapies. 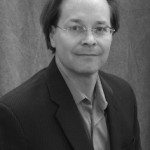 Bradley Bush, ND is the director of Clinician Affairs for NeuroScience, Inc, which in conjunction with Pharmasan Labs, provides licensed health care providers with integrative clinical assessments and proprietary nutraceuticals to identify and target neurological and hormonal imbalances. A graduate of the National College of Naturopathic Medicine, Dr Bush specializes in neuro-endo-immune health, nutrition, and infusion therapies. He is a co-author of the ND: Notes Science Board Review, founder and past organizer of the annual Pharmaceutical Perspectives conference, and currently serves on the board of the Naturopathic Education and Research Consortium (NERC). 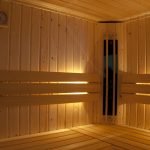 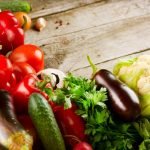