Fluoxetine has made a lot of people feel better, but recent research suggests it may prove to be a bummer. Fluoxetine and similar drugs apparently decrease bone density and increase risk of fractures. They do this to the extent that it will affect a percentage of our patients to a clinically significant degree.

Our colleague, Shana Deneen, ND, wrote about this topic over a year ago in a short article that appeared in this paper in the April 2008 issue.1 Research in support of her concern continues to accumulate and it is appropriate to revisit this subject in greater depth.

Fluoxetine belongs to the class of drugs called selective serotonin reuptake inhibitors (SSRIs) that increase the amount of serotonin in the brain and that are commonly used to treat depression. There have been a number of concerns raised about the widespread use of these drugs over the years, but the recent understanding of how much they weaken bone may be the greatest concern to date.

The first hints that serotonin affected bone appeared over a decade ago. A May 1998 article in The Lancet reported on 8,239 Canadians, aged 66 years or older, treated for hip fracture, comparing them with matched controls. Those taking SSRIs had more than twice the odds of breaking a hip compared to participants who had no exposure to antidepressants.2 In this study other types of antidepressants also increased fracture rates so it wasn’t clear if it was the drugs that increased fracture risk or simply being depressed. Hints that it was the increased serotonin from the medications appeared just a few years later.

Dutch researchers in August 2001 told us that both osteoblasts and osteocytes have receptors that bind serotonin.3 Bliziotes and colleagues from the VA Medical Center in Portland, Oregon published a series of papers. The first reported that osteoblastic cells cultured in their lab responded to serotonin, increasing the effect parathyroid hormone had on them.4 In March 2002, Bliziotes’ team discusses manipulation of serotonin transporter molecules and its osteopenic effect.5 By March 2005, Bliziotes was sure enough that serotonin affected bone development that he began cautioning the long-term use of SSRIs in children and adolescents.6 By October of 2005, Bliziotes’ words sounded more like a warning: “This is of high clinical relevance.”7

Dr. Deneen reviewed several papers in her article that deserve to be mentioned again.

One was a June 2007 article in the Archives of Internal Medicine that reported on the bone density of women taking various types of antidepressants. The authors assessed SSRI use in a group of 2,722 older women. Those taking SSRIs had almost twice the yearly bone loss.8 The second was a similar study that appeared in the same issue of the Archives, but reported on men. Analyzing data from 5,995 men, the authors found that the 160 men who used SSRIs had about 6% lower spinal bone density. This is about the same decrease seen in people taking steroid drugs for long periods. Other types of antidepressants had no apparent effect on bone density.9

A March 2008 paper that examined bone densities in 607 Australian women again found that those taking SSRIs had lower bone mineral densities, about 4%-6% lower than in women who had not used these drugs. Again, these are about the same losses seen from long-term steroid use.10

These effects are independent of estrogen. SSRI-induced bone loss is not prevented by taking hormone replacement therapy.11 In January 2009, a Dutch review reported that not only is SSRI use associated with decreased bone density, but it is also associated with increased fracture rates. Some of this increase in fractures is almost immediate, in the first few weeks of use, suggesting the drugs may also cause clumsiness that increases falling. This implies that the increase in fractures may not be due solely to weakened bones.12

During the same time period that serotonin became associated with bone loss, a very different line of research occurred that brought us to a similar endpoint of concern. This was the discovery that Wnt signaling pathways regulate bone. Wnt is the name given to a family of proteins that coordinate development and maintenance of body parts. One of the transmembrane proteins in this pathway, low-density lipoprotein receptorrelated protein 5 (lrp5), helps regulate bone. Different mutations of the gene that codes for lrp5 can lead to either severe osteoporosis or the opposite, high bone mass syndrome.

A paper published in February 2009 described the state of knowledge as ‘exploding’ and suggested that Wnt signaling did not affect the bone directly as first thought, but did so by targeting duodenal intestinal cells that make serotonin.13

Papers attempting to explain all this chemistry have been published at a furious rate over the last year or so. By the July 2009 edition of Bone, the dust seemed to have settled and the mechanisms by which all this works are, at least for the moment, somewhat defined. For what it’s worth, here’s the simple version: Serotonin thins bone by binding to the serotonin 1-b receptor on preosteoblastic cells and inhibiting the cell from developing into a full-fledged osteoblast and helping build bone. Osteoclasts are unaffected and continue to reduce bone mass. Lrp5 affects how much serotonin is produced in the intestine. Lrp5 interferes with serotonin production in the gut by blocking the enzyme that converts tryptophan to serotonin. The bottom line is simple: exposure to serotonin slows bone cell growth. The more lrp5 in the gut, the less serotonin is made and the stronger the bones are.14

Once all the excitement of these new discoveries clears, we are left with a problem. SSRIs were brought to market in 1987 and have pretty much ever since been the most popular antidepressants in North America.15 If this current evidence is true and there seems little reason to doubt it, people who use SSRIs are increasing their risk of bone fractures. We have very good reason to view SSRI use with caution for patients at risk for low bone density. We are familiar with the increased risk steroids pose to bone health. These studies suggest we should view SSRIs with the same level of hesitation and concern for bone loss as we would if our patients were taking prednisone.

Is this new information strong enough for us to say that SSRIs should be avoided by patients with osteoporosis? It certainly suggests caution; it would be preferable for patients, especially women at high risk for osteopenia or osteoporosis, to avoid these medications.

What should we do for the osteoporotic patient who does take SSRIs? At this point the way forward is not clear. It appears that the serotonin effect on bone is independent of the other bone loss mechanisms, so providing estrogen, vitamin D and our other ‘standard treatments’ may do little to counter these effects. We should still encourage use of these ‘standards’ and hope as the mechanism by which serotonin acts becomes even clearer, some treatment strategy may evolve. Probably the best strategy is to find drug or nutritional alternatives so that these patients do not need to take these antidepressants.

The Oncology Association of Naturopathic Physicians (OncANP) was founded in 2004 to enhance the quality of life of people living with cancer through both increasing the collaboration between NDs working with patients with cancer and integrating naturopathic practice into medical oncology care. With its co-organization, the American Board of Naturopathic Oncology (ABNO), the OncANP has set standards, instituted testing and now credentials Fellows in Naturopathic Oncology. The OncANP welcomes all NDs interested in improving their knowledge and ability to work with oncology patients. For more information visit www.OncANP.org.

Jacob Schor, ND, FABNO is a 1991 graduate of NCNM and has practiced in Denver for the past 17 years. He served as president of the CANP from 1992 to 1999. He has served on the board of directors of the OncANP since 2006 and currently acts as secretary to the board. He is a Fellow of the ABNO. He was utterly shocked and humbled at the 2008 convention of the AANP to be presented with the Vis Award, an honor bestowed in the memory of William Mitchell. He is incredibly lucky to practice with his wife, Rena Bloom, ND. Dr. Schor writes newsletters for his patients that are popular with doctors and students. Visit www.DenverNaturopathic.com. Contact him at Jacob@DenverNaturopathic.com.

14. Warden SJ, Robling AG, Haney EM, et al. The emerging role of serotonin (5-hydroxytryptamine) in the skeleton and its mediation of the skeletal effects of low-density lipoprotein receptor-related protein 5 (LRP5). Bone. 2009 Jul 8. [Epub ahead of print]. 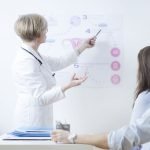 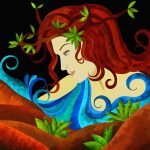