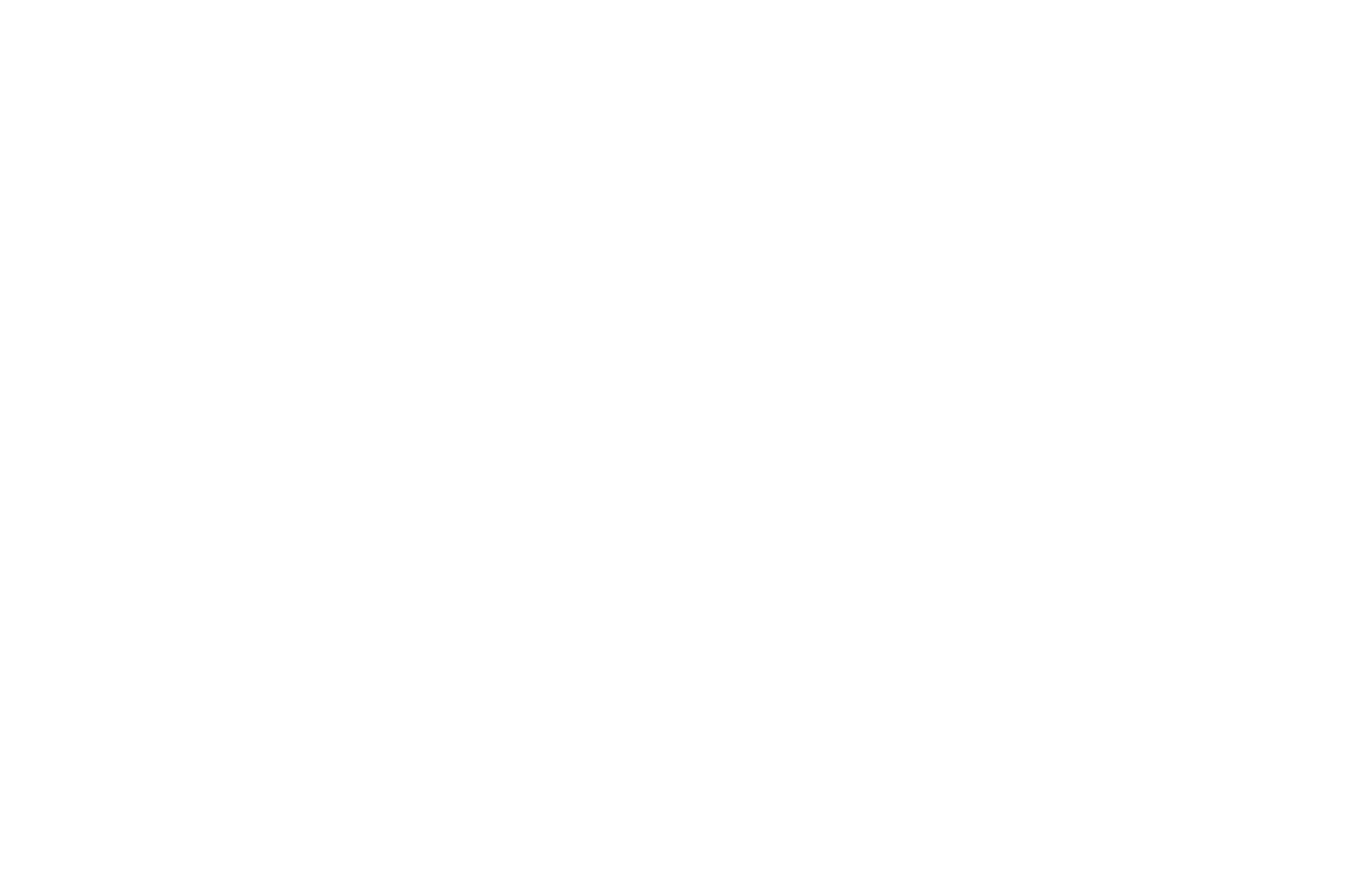 Helminthic Therapy: An Emerging Intervention in the Era of Immune Dysregulation

Helminths are worm-like organisms that naturally live in and feed on about 1.5 billion human hosts around the world today.1 For most of medical history, helminths have been classified as parasites, but some of these organisms, such as Enterobius vermicularis (the common pinworm), may be commensal—benefiting from the human host without causing harm—and some others may actually be mutualistic—benefiting from the human host while conferring benefit upon the host.2 It is these conditionally mutualistic organisms, which confer benefit on some human hosts but not on others, based on ancestry, environment, and epigenetics, that I’ll focus on in this article.

Helminths and the Immune System

The adaptive immune system evolved in an era of highly prevalent infectious disease. As infectious disease has become less prevalent, immune disorders such as autoimmune, allergic, atopic and inflammatory conditions have become more prevalent.3 A significant part of the etiology of this increase in immune dysregulatory disease may be the very fact that infectious organisms like helminths are less frequently present to stimulate robust regulatory responses. One survival tactic of helminths appears to be reducing inflammation4 through selective down-regulation of certain aspects of the host’s immune function.5 There are multiple hypotheses about the mechanism of helminths’ ability to dampen hyperimmune reactions,6 but one predominant theory (the “old friends” hypothesis) revolves around the ability of helminths to induce a robust regulatory T-helper 3 (Th3), aka regulatory T cell (or T-reg) response.7

It has been hypothesized that reduced exposure to microbes in early life—a result of the emphasis on hygiene in industrialized societies—may be responsible for a shift in the immune balance toward a T-helper 2 (Th2) predominance, associated with allergic inflammation.8 T-helper 1 (Th1) lymphocytes evolved to detect and address intracellular microorganisms, and T-helper 2 (Th2) cells evolved to detect and address multi-cellular eukaryotes such as helminthes. Various autoimmune diseases have been correlated with either Th1 or Th2 hyperactivity, and a T-helper 17 (Th17) response is now also regarded as a key player in both autoimmune diseases and allergy.9,10 T-regs are now known to be key controllers of both Th1 and Th2 inflammatory responses.11 Helminths are not only able to stimulate T-regs, but also reduce Th1 and Th17 immune responses, thereby having the potential to favorably influence both allergy and autoimmunity.11

Geographical areas with higher concentrations of helminthic infection tend to have human populations with more genes associated with autoimmune disease,12 lending support to the idea that hyper-inflammatory responses associated with autoimmune disease may have historically been effective adaptive physiology in the presence of helminths, which now manifests as pathology in the absence of helminths.

Evidence is beginning to emerge that hosting an intestinal helminthic community may be preventative and in some cases therapeutic for immune disorders,13 including atopic and immune-mediated diseases,14 multiple sclerosis,15 atherosclerosis,16 autoimmune liver disease,17 allergic rhinitis,18 and perhaps even autism.19 I’ll sort out the history, risks, benefits and availability by organism.

NA but not AD is considered conditionally mutualistic. NA may protect against asthma.23

In dose-ranging studies, doses of 10-100 larvae all tend to induce a maculopapular rash at the larval entry site, which was extensive and persistent for several weeks at the 100-larva dose. In addition, most subjects experienced some abdominal discomfort, and 2 subjects at higher doses (100 and 50 larvae) withdrew following diarrhea and vomiting several weeks after inoculation.24

Low doses of NA larvae (eg, 10 larvae) appear to be generally safe and well-tolerated, and may provide some benefit for seasonal rhinoconjunctivitis.18 There is evidence for non-significant improvement at the 10-larva dosing level for allergic asthma, and at those levels the larvae, despite migrating through the alveoli, do not cause clinically significant exacerbation of airway responsiveness.25

NA alters immune response to gluten in people with celiac disease,26 and may decrease lethargy in hookworm-naïve celiac patients exposed to gluten.27

Inoculation with 25 NA larvae (and reinoculation at 27 weeks with an additional 25 larvae) resulted in a mild itch at the inoculation site lasting a few days in patients with Crohn’s disease, who had a trend towards decreasing inflammatory bowel disease (IBD) symptoms, as well as decreases in immunosuppressive medications starting at week 17 following inoculation. Inoculation with 25 NA larvae resulted in a local pruritis and transient painful enteropathy in otherwise asymptomatic reservoir subjects.28

NA larvae are harvested from human reservoir donors and sold in measured batches as therapeutic agents at a clinical center in Tijuana, Mexico and a non-clinical center in the United Kingdom, at a cost of about $3000 per inoculation.29,30 The FDA has issued an import alert that NA larvae are not permitted to be imported into the United States without an investigational new drug application,31 hence Americans seeking inoculation have to travel to one of those sites for treatment. NA lives about 5 years in a human host, so individuals experiencing benefit would need to reinoculate within that time period in order to continue experiencing benefit. Individuals wishing to eradicate their NA population can do so with a single dose of mebendazole or albendazole.

About 800 million people worldwide host the human whipworm, Trichuris trichiura (TT).20 It is conjectured to also be conditionally mutualistic, and is sold by the same providers listed above for NA, for the same price. It is also prohibited to import into the United States without an investigational new drug application.31

The only mention of TT as a therapeutic intervention published in a peer-reviewed journal is by microbiologist P’ng Loke, who characterized the colon tissue cytokine profile of an individual with ulcerative colitis who intentionally hosted TT.32

Like NA, TT lives about 5 years in a human host, so individuals experiencing benefit would need to reinoculate within that time period for continued benefit. Individuals wishing to eradicate their TT population can do so with a single dose of mebendazole or albendazole.

Unlike NA and TT above, pig whipworm, or Trichuris suis (TS), often referred to as Trichuris suis ova (TSO), does not naturally inhabit the human gastrointestinal (GI) tract. Instead of living in the human GI tract for years like NA and TT, TS has a lifespan of about 2 weeks in the human host. It is dosed at 500-7500 eggs per dose,33 and re-dosed at 2-3 week intervals.

Although some authors have raised the clinical specter of TS migrating extra-intestinally,34 there have not been reports of extraintestinal migrations in humans despite hundreds (now certainly in the thousands) of therapeutic inoculations.35

TSO appeared to be well-tolerated and to induce favorable trends on MRI in 5 patients with multiple sclerosis.39

TSO at a dose a 2500 eggs per 3 weeks for 24 weeks did not induce clinical benefit for patients with seasonal rhinitis, but did induce a transient diarrhea that peaked at day 41 in one-third of participants.40

At this writing, all FDA-approved trials examining TSO as a therapeutic intervention in the United States are being managed via Coronado Biosciences; conditions being studied include inflammatory bowel disease, multiple sclerosis, autism, psoriasis, psoriatic arthritis, rheumatoid arthritis, and type I diabetes.41

Although governed by the same import alert as NA and TT, TSO appears to be imported into the United States from a company in Thailand42 relatively frequently, as of this writing at a price of approximately $400 per 15-mL vial containing 2500 eggs (adults commonly use a dose of this size every 2 weeks).

A regression analysis based on rates of prescription of mebendazole in a large pediatric cohort to estimate instances of enterobiasis suggests that infection with Enterobius vermicularis, the human pinworm, does not protect against autoimmune or allergic disease.43 However, since virtually all children in the developed world contract enterobiasis at some point,44 this metric may not be a relevant one. Rook7 and others have suggested that enterobiasis may have the potential to benefit, but this has not been well explored.

Enterobius has not been, and is unlikely to be, commercialized.

Hymenolepis Diminuta (HD) is a rat tapeworm whose larvae (cysticercoids) have shown benefit for colitis in some animal models,45 while appearing to exacerbate induced colitis in other animal models.46 As of this writing, it is available through a company in the United States for an as yet undisclosed price.47

If the primary cause of this modern epidemic of immune disease is a depleted microbiome,48 then making the GI microbiome replete with the helminths with which our immune systems coevolved is treating the cause.

Naturopathic physicians classically harness what Henry Lindlahr called the Law of Dual Effect.49 An example is using the application of a cold compress, which is itself vasoconstrictive, to induce the desired innate vasodilatory response from the organism. I hypothesize that many microbial medicines, including helminths, are harnessing the law of dual effect. It is less the direct action of the helminth on the tissues than the rekindling of an ancient relationship that has the capacity to induce an appropriate immune response. By reviving this long-lost but sorely needed message from a distant cultural past to an immune system that hasn’t caught up, we can stimulate the healing power of nature in the body’s own cells. I picture helminths like a friendly sparring partner, challenging an immune system evolutionarily accustomed to adversity and encouraging balance.

There is a lot of work to be done to determine what situations make which helminths mutualistic for which hosts (eg, genetic indicators12), and at what age. In general, though, this well-tolerated intervention can be seen as doing no harm in a field rife with pharmacological immunomodulating interventions with high rates of adverse events. 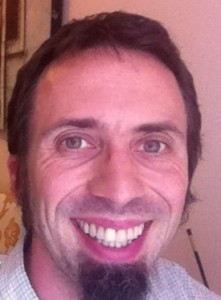 Mark Davis, ND is a Portland, Oregon-based naturopathic physician who specializes in natural gastroenterology. He co-founded and serves as the medical director of the Good Life Medicine Center, a healing center that integrates food, drink, movement and hydrotherapy with practitioners from many healing traditions. Dr Davis serves on the board of directors of the Fecal Transplant Foundation and is applying to the FDA to use fecal transplants as an investigational new drug for patients with ulcerative colitis. He is the co-host of the popular podcast, The Naturocast, and is an alumnus of NCNM. 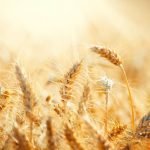 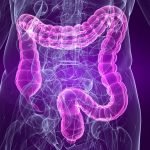 SIBO: The Finer Points of Diagnosis, Test Interpretation, and TreatmentGastrointestinal