Various conditions associated with aging – as well as some that can occur at any age – are characterized by reduced bone marrow function. Cancer, along with chemotherapy and radiation therapy, are common causes of bone marrow suppression. Various immunological disorders, such as autoimmune anemias, can also cause problems. Herbal medicines offer an interesting tool to attempt to resolve some of these cases.

Berberis and Mahonia species plants have been utilized, particularly in TCM, as bone marrow stimulants. Research conducted in China has focused on berbamine, an alkaloid found from these plants, as a key mediator of this effect. In mice, berbamine was demonstrated to increase neutrophil and lymphocyte counts, apparently by stimulating bone marrow stem cell differentiation (Li et al., 1994). In an uncontrolled clinical trial of 405 patients of all ages with leukopenia due to drugs, radiation or benzene poisoning, 50mg of berbamine by mouth three times per day raised WBC count significantly in 80% of patients (Yang et al., 1982). It is unknown but likely that crude extracts at sufficient doses could be sufficient to obtain these effects, particularly combined with some of the other herbs mentioned in this column.

Adaptogenic immunomodulator plants have huge potential as bone marrow protectors and tonics. Panax ginseng (Asian ginseng) is traditionally considered a useful treatment for patients with anemia. Bone marrow from healthy people and some with aplastic anemia were cultured with a total saponin extract of P. ginseng (Gao et al., 1992). As long as some stem cells remained in the bone marrow, the saponins could stimulate their differentiation. In those aplastic anemia patients with essentially no stem cells left, the extract was not effective. Granulocyte-macrophage progenitor cells particularly have been shown to be stimulated by ginsenosides Rg1 and Rb1 in vitro (Niu et al., 2001).

An injectable form of the TCM formula shenmai, containing P. ginseng (ren shen) and Ophiopogon japonicus (mai men dong), was investigated in a randomized trial involving 65 patients with chronic aplastic anemia (Tang et al., 2005). All patients received conventional medical treatment. Those who also got shenmai had significantly greater reductions in tumor necrosis factor levels and decreased bone marrow apoptosis rates compared to those who did not.

The root of dang gui is largely thought of as a hormone modulator in the West, but its actions are more diverse and complex. Its polysaccharides have been shown to offset the marrow suppressive effects of cyclophosphamide in mice (Hui et al., 2006). A. sinensis, particularly its polysaccharides, was shown to be the most potent component of the TCM formula dang gui bu xue at stimulating hematopoiesis (Ning et al., 2002). Detailed molecular studies have shown that A. sinensis stimulates bone marrow stem cells via activation of various MAPK pathway proteins (Chen et al., 2006).

One published case study found that A. sinensis was effective at stimulating hematopoiesis in a patient on hemodialysis (Bradley et al., 1999).

Clearly, much more work is needed to determine which Western herbs could be useful in treating people with anemia or other states of bone marrow depression.

These are called blood-tonifying herbs in TCM (Chen and Chen, 2004). 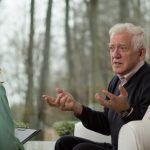