When the phrase “fungal infections” is uttered, what are the first 3 pathologies that come to mind? Perhaps you think of the deadly, invasive pulmonary aspergillosis. Or maybe you specialize in women’s health and immediately think of vaginal candidiasis. Or maybe you are a primary care physician and you immediately picture the common case presentations of ringworm. In this exercise, it is likely that tinea, in any of its various iterations – tinea corporis, tinea pedis, tinea curis, tinea capitis, etc – came to mind. And understandably so, as anywhere from 20% to 25% of the population worldwide suffers with a superficial fungal infection.1

Tinea, in all its forms, is caused by dermatophytes, which are fungi with a predilection to infect the superficial aspects of the body that are rich in keratin, including the hair, skin, and nails. Although there are upwards of 40 different species of dermatophytes across 7 genera, only about 25% of these dermatophytes are common causes of superficial cutaneous fungal infections.1-3 Some of the more common dermatophytes include fungi from the genera of Microsporum, Trichophyton, and Epidermophyton.4

Dermatophytic infections are typically diagnosed by clinical presentation, and are traditionally characterized by an annular arrangement of scaling erythematous patches, accompanied by central clearing and peripheral enlargement.5 Although dermatophytes are a common cause of cutaneous infection, they are not the only cause. In a 2016 human study of antifungal efficacy, 58 fungal species were identified in dermatological infections among 53 patients. However, of these samples, only 19% demonstrated dermatophytes, while nearly 70% were non-dermatophyte hyaline molds.6 Such statistics invite the clinician to turn a curious eye to the realm outside of typical dermatophytic ringworm infections.

The research thus clearly demonstrates that non-dermatophytes are able to infect the skin. Two major infective classes include hyaline fungi and dematiaceous fungi.

Hyaline fungi are well known in the indoor environmental and agricultural realms, but they also have a track record of causing numerous types of infections, with certain species more commonly involved than others. Hyaline fungi consist of 2 classes. These are distinguished by whether or not they have compartmentalized divisions in their hyphae, which are the long, branching, filamentous tubes that create “fuzzy”-appearing mycelium. Septate fungi include the Aspergillus, Penicillium, Paecilomyces, and Fusarium genera, while the Zygomycetes phylum consists of mostly aseptate fungi.2

Dematiaceous fungi are known for their ability to produce melanin in their cell walls, including the cell walls of their hyphae and conidia, or spores. These fungi have been isolated from human skin and, as such, may be responsible for some infections that cause melanotic changes. Common genera of dematiaceous fungi include Aureobasidium, Curvularia, Exophiala, Hormonema, and Madurella.7

Suffice it to say, the above discussion of common superficial fungal infections is grossly brief; however, the focus of this article is atypical presentations of dermatological fungal pathologies. Perhaps one of the most interesting, and redundantly named, fungal disorders, is tinea aytpica, also known as tinea incognito; which was first described in 1968.8 Although dermatophytic in origin, tinea incognito is aptly named, as it can take on the appearance of other skin pathologies.8 Previously, tinea incognito (TI) was thought to result from corticosteroid use, as the use of these drugs causes a suppression of the cutaneous immune system, thereby allowing dermatophyte infections to go unchecked.3,9,10 However, the use of such medications has come to be considered correlative of TI (as a result of improper diagnosis and management) rather than a cause. This is because other medications, such as antibiotics, antivirals, and nonsteroidal immunosuppressive agents, have also been correlated with its presence.5,8,11,12

Tinea incognito differs from typical tinea in its appearance. For example, the clinical presentation of TI may demonstrate less-defined margins, hyperpigmentation, swelling, bullae, induration, increased severity of inflammation, vesicles, pustules, and central scaling or follicular papules rather than central clearing.5,13 It is estimated that nearly 2.5% of all the annually diagnosed dermatophyte infections manifest as TI.14 Distribution is nearly equal across all age groups, with slightly lesser occurrence in the first 5 years of life and in those over the age of 76.14 Research demonstrates that TI results most often from infection by Microsporum canis,5,14 Trichophyton rubrum,5,14-19 and Trichophyton mentagrophytes5,11,14,20 species of dermatophytes. In clinical presentation, TI often resembles other skin pathologies, such as psoriasis, atopic dermatitis, eczematous dermatitis, rosacea, lupus erythematosus discoid-like lesions, impetigo, pemphigus foliaceus, polymorphous light eruption, seborrhea, contact dermatitis, bacterial infections, neurodermatitis, lichen planus, and herpes simplex.3,5,13-17,21-28,29

Acne is largely considered to be due to Cutibacterium acnes, also known as Propionibacterium, and other naturally occurring flora of the skin, including Staphylococcus spp.30,31 However, research indicates that the Malassezia yeast species are also present and may potentially play a role.32-34 Malassezia yeast exhibit lipase activity, which is required to degrade sebum from the follicle into its free fatty acid and glycerol components. In fact, Malassezia yeasts may demonstrate 100 times more lipase activity than Propionibacterium acnes.35 The inflammatory free fatty acids produced from the degraded sebum attract neutrophils to the follicle.36 Compounding the chemotactic effect of the free fatty acids, the presence of Malassezia yeast promotes the secretion of proinflammatory cytokines from nearby keratinocytes and mononuclear cells37,38 – thus, the development of acne.

Histoplasmosis is recognized as one of the most prevalent respiratory mycoses worldwide. It is quite predominant in the midwestern part of the United States, and is endemic in the central and eastern states surrounding the Ohio and Mississippi River valleys, including Ohio, Missouri, Kentucky, Illinois, and Tennessee.43 Although histoplasmosis is commonly known as a respiratory illness, it can present with cutaneous manifestations. Although such manifestations are more common in the immunocompromised, they may still occur in the immunocompetent in endemic areas.

Cutaneous manifestations of histoplasmosis may begin as a painless chancre or ulcer,43 and over time may evolve in appearance to resemble pustules, nodules, erythematous or keratotic papules, plaques with and without crusting or keratotoses, erosions, ulcers of the mucosa, acne-like lesions, molluscum contagiosum,44 focal and systemic dermatitis, punched-out ulcers, purpura,44-46 rosacea, polymorphous erythema, hyperpigmentation, or cutaneous malignancy.47-52 Although the bulk of the aforementioned references cited involve immunocompromised patients as a result of HIV and AIDs, physicians should still be aware of such presentations, as immune compromise can result from many chronic illnesses, albeit potentially to a lesser degree.

Seborrhea was once widely considered to be directly caused by yeasts of the Malassezia genera. However, contrary research suggests that this typically commensal flora is non-problematic and only becomes pathogenic in the case of immune system dysfunction53,54; this suggests that the presence of Malessezia is correlative rather than causative in the pathogenesis of seborrhea. With that being said, however, various antifungals have shown documented efficacy in the treatment of seborrhea.55-62 Moreover, dandruff, considered by some to be a mild, non-inflammatory form of seborrhea, is often correlated to Malassezia colonization63,64 and, as such, is responsive to antifungal treatment.34-67

As stated above, tinea incognito may mimic rosacea,2,5,14,68 thus inferring that dermatophytes can elicit such a clinical appearance. However, other fungi, such as certain species of Candida69,70 and Sporothrix schenckii,71 have also been implicated in case reports of patients with rosacea-like lesions. One study, in particular, demonstrated some improvement of papulopustular rosacea using the antifungal terbinafine. Interestingly, the authors surmised that the beneficial effects were likely due to an off-label anti-inflammatory action of terbinafine; curiously, this assumption was made despite not having cultured any of the papulopustular lesions in the subjects studied.71 However, other studies have also demonstrated a beneficial effect of antifungal drugs, such as ketoconazole72 and bifonazole.73,74

Thus far, many of the atypical fungal dermatological presentations discussed above include dermatophytes and yeast. However, there are numerous instances where environmental molds have been documented to infect humans. Wallemia sebi, a common mold found in water-damaged buildings, is known to cause infections in the nails and skin.75,76 These infections have not been widely documented since the mid-20th century. This may be due to underdiagnosis, as they are slow-growing in nature. However, curiously enough, of the cases documented, these infections can occur in immunocompetent individuals.77 Other common environmental molds known to cause cutaneous infections in humans include Aspergillus fumigatus,78-82,84,85 Aspergillus niger,86-90 and Aspergillus flavus84; with A flavus reportedly causing most of these cases.91-93 Such infections, known as cutaneous aspergillosis, typically occur in the immunocompromised; however, there are instances of occurrences in immunocompetent individuals.79,80,84-86,90

A Note on Diagnosis

Returning to a differential diagnosis list in response to treatment failure is an overlooked and underappreciated tool in the physician toolbox. Treatment failures of presumptive and clinical diagnoses (often required in the fast-paced primary-care setting), although frustrating, serve as invaluable case information. Just as you would consider a fungal etiology for treatment-resistant chronic sinusitis, treatment-resistant dermatological complaints are no different. Cutaneous complaints that are non-responsive to corticosteroids, antibiotics, and even antivirals26 and antiparasitics,94 warrant a fungal work-up. However, these treatment failure algorithms are not limited to pharmaceutical drugs; treatment failures in response to an elimination diet, UV applications, botanicals, nutraceuticals, and other supplements should also be included.

When needing to assess for atypical cutaneous fungal infections, not only should a KOH prep be used, but also a culture (and sensitivity, if available). To further complicate matters, it is important that one be aware that a fungal culture may present with a false negative, which may be the result of improper growing medium, inadequate sampling, slow growth, or even failure to simply indicate a fungal culture on the lab requisition. In the case of a negative fungal culture, a histopathological sample may be necessary for the final diagnosis.14,95 If all of this seems too complicated or overwhelming, a specifically stated referral – requesting a rule-out of fungal etiology – to a dermatologist you trust is completely reasonable. 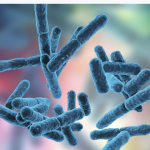 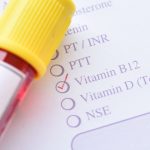 Vitamin B12: More is Not BetterAnti-Aging, Dermatology