Alzheimer’s Disease (AD) is a diagnosis that equally challenges clinicians, patients, and family members. The number of patients with this condition is rising rapidly as our population ages. By the year 2040 – only 15 years from now – it is anticipated that 20% of the population in the United States will be over the age of 65.1 The biggest risk factor for dementia is simply age, with half of all people over age 85 having some form of dementia.2 Alzheimer’s accounts for approximately 80% of all dementias.3 Understanding and treating AD is something that all naturopathic physicians need to be comfortable with, sooner rather than later.

The primary dementia diagnoses include:

Along with aging, risk factors for AD include the following:

What is Normal in Aging?

When distinguishing dementia from typical age-related changes, there are several points that help with baseline differential diagnosis. The following changes are considered normal with aging, thus are not diagnostic of dementia:

While imaging is not considered routine for screening or even for diagnosis, it is still used by some physicians when attempting to establish a diagnosis. MRI is the best way to discern whether there is global atrophy or specific lobe atrophy. A CT scan is best for ruling out space-occupying lesions and identifying areas with neurofibrillary tangles (higher numbers in AD) and beta-amyloid plaques (a pathological sign of AD).

Diagnosis of AD is still largely clinical rather than test-based. While certain biomarkers, such as presence of the APOE-4 gene, can reflect increased risk, they are not causative and therefore are of limited use in routine testing. Imaging can reveal the presence of structural elements like neurofibrillary plaques in the brain; however, presence alone is not directly correlated to clinical presentation of disease, and imaging is too costly to use for routine screening. The best clinical evaluation tools remain cognitive screening tests. The Mini Mental Status Exam (MMSE) is the best known and most widely used; however, more recently developed tests like the Montreal Cognitive Assessment (MoCA) are more sophisticated and are just as easy to use.

Here are a few clinical pearls to keep in mind… Anosmia – loss of sense of smell – is potentially a clinical predictor for the development of Alzheimer’s10 or Lewy Body dementia (which has some overlap with Parkinson’s).11 Also, screen for possible changes in language use, as new research shows that degradation of language complexity – such as excessive repetition, use of filler words, and decrease in use of unique words – can be an early predictor of dementia.12

Anti-cholinesterase inhibitors (eg, donezepil, rivastigmine, galantamine) work by inhibiting the acetylcholinesterase enzyme, thereby increasing the amount of circulating acetylcholine (which is typically low in Alzheimer’s patients). These medications are optimally used when trying to keep a patient at home, since although they temporarily slow the decline and progression of symptoms, the effect is temporary – 6-12 months at best. NMDA receptor antagonists (eg, memantine) are used in moderate-to-severe AD, and work by blocking excess glutamate, which is neuro-excitatory. These drugs are also temporary in effect and carry strong side effects. They are often used in conjunction with anti-cholinesterase inhibitors.

Fundamentally, like many diseases, AD responds well to a low-glycemic,13 anti-inflammatory diet. This approach may affect epigenetic expression of the APOE-4 gene, as well as increase clearance of beta-amyloid plaques. There is some evidence of a connection between AD and herpes simplex virus-1 (HSV-1),14 so maintenance of an L-lysine-rich diet for affected patients may be of benefit. Coconut oil has often been cited anecdotally as being useful for patients with a variety of neurodegenerative diseases. The literature is not supportive at this time, but given the low risk associated with regular consumption of coconut oil, I often advocate that patients use this in their daily cooking. Caffeine consumption, coffee in particular,15 has been linked to both short- and long-term cognitive health, so is easily recommended unless contraindicated by other comorbidities, such as atrial fibrillation or chronic insomnia.

Exercise is a critical component of care for patients trying to prevent AD or are living with the disease. Physical exercise mediates effects of common possible contributory illnesses. It also decreases risk factors for those diseases, notably hypertension and type 2 diabetes. It increases cerebral blood flow and production of neurotrophins (eg, brain derived neurotrophic factor, or BDNF). Exercise decreases the risk of dementia while increasing cognitive performance. The bottom line is that exercise helps – any form of exercise – and all patients (and their doctors) should be active every single day.

Substantial clinical benefit can be derived from employing the dietary changes listed above, getting daily exercise, and improving sleep quality and quantity. See Table 1 if additional treatments are deemed appropriate.

As our population continues to age at a rapid pace, physicians should be prepared to treat Alzheimer’s disease. As with other chronic illnesses, a multi-faceted approach is important. The tools listed above can help you create a simple structure for approaching care of patients with Alzheimer’s. 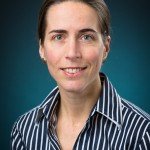 Alethea Fleming, ND, is a passionate advocate for naturopathic geriatric medicine. She is a 2007 Bastyr University graduate, as well as a member of WANP, AANP, and OncANP. Dr Fleming is the owner and lead physician of the Vital Aging Clinic in Anacortes, Washington, providing primary and adjunctive care. She is an engaging public speaker who strives to make naturopathic geriatric care accessible to all providers. In her off hours, Dr Fleming can be found hiking the trails of Fidalgo Island, spending time with her family, or with her nose firmly in a good book. 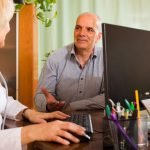 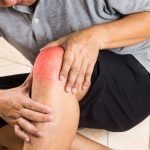 The Pain of Osteoarthritis: How Platelet-Rich Plasma Can HelpGeriatrics