Some Light is Shed

It’s about 6 PM here in Toronto, and despite the fact that spring is officially here, it is cold, rainy, and steel-gray outside. Dreary. The day has been long and some patients have unfortunately had to cancel their appointments; thus, I have had lots of alone time. My last patient just left, and so the day is officially over.

Shirley just made my day, however! She first consulted with me 6 weeks ago, so it is premature to assume a cure. But her case was so impressive to me, and the result… well, let’s talk a little about this…

I have been studying the work of George Dimitriadis for some time now. He is a meticulous scholar with a profound love of homoeopathy. His book, Homeopathic Diagnosis, and the accompanying  repertory – Bönninghausen Repertory, or TBR2 – is something with which I suggest all my students work.

In taking a case, Dimitriadis suggests that we follow the history of a disease from its earliest point if possible – getting a description of the rise (onset) and fall of the syndrome. This especially allows us to see that initial-phase-of-disease effect that Hahnemann referred to as “primary,” mostly in reference to the symptoms produced in a proving (keeping in mind that provings are analogous to disease).

Shirley presented with an acute iritis. Well, it has been severely acute for some 2 years already. She now experiences an unusually severe photophobia, to the point that she is never without specially-tinted lenses that shield her from almost any light. More recently, she has experienced an intense sense of eyestrain toward the end of the day. Shirley is a graphic designer, and despite her photophobia and protective lenses and darkened rooms, she finds that by the end of the day her eyes are so weak and feel so strained that she has difficulty coping.

The symptoms mentioned in this last paragraph – photophobia and eyestrain – do not necessarily lead straight to a remedy (Figure 1). In other words, they are characteristic (consistent), but not very diagnostic (peculiar).

So, I wondered if tracing the disease from the beginning might help.

I asked Shirley, “And where in life might all this have come from?”

She replied, “When I was 10 years old, I suddenly woke one morning with severe pain in the eyes. My eyes were crusted shut. I opened them. My pupils were widely dilated. My vision was entirely white. I had some kind of prior injury. That was the beginning. Ever since, steroids have controlled the problem, that is until the last couple of years.”

So, the first disease impressions, many years ago, were sudden pain, widely-dilated pupils, and white vision. I expanded the analysis (Figure 2).

Suddenly, after examining the TBR2 repertory, it made sense. This primary impression of the image of illness clearly looked like Belladonna. We have a description of a primary effect that now does contain diagnostic value!

The eyes are very animated, with fully dilated pupils

Three weeks later, Shirley reported, “Within 3 days, things seemed different. My eyes were not so sensitive to the light any more – better than in years! It used to be I would automatically reach for my protective glasses if they were not on. I do not seem to be doing that much. It also used to be that by the end of the day, and working with the computer, my eyes were very tired – not so now.”

This prescription was not based on a personality profile but rather on the altered feelings and function of the patient in comparison with a list of proving symptoms (keeping in mind the general nature of the remedy and illness).

Such an approach is simply elegant – and very naturopathic. Healing from the inside out! 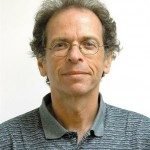 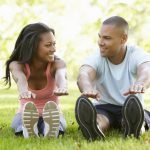 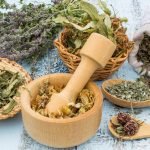