The Global Decline in Testosterone and Sperm Count

Evidence suggests that testosterone and sperm levels are lowering in men across the globe.

Research has begun to reveal a measurable decline in testosterone,7-9 as well as both sperm production7,10 and sperm quality,11,12 in men in industrialized countries across the world. Despite research that refuted the assertion of declining sperm,13,14 subsequent French research from 201315 again substantiated a decline, and even more recent research – in-depth meta-regression analysis from the Hebrew University-Hadassah Braun School of Public Health and Community Medicine and the Icahn School of Medicine at Mount Sinai16 – again argues for the original claim in the 1990s that sperm levels are indeed waning in many industrialized countries.

It is generally understood that as American men age, total testosterone levels decline by about 1% annually, while free testosterone declines by about 2% annually.17 Additionally, a thorough 2007 analysis of data from the Massachusetts Male Aging Study (MMAS) by Travison et al demonstrated that population-level declines in testosterone over time are greater than the declines typically predicted by age.7 Evidence demonstrated that from the late 1980s through 2004, total and bioavailable testosterone decreased an average of 1.2% and 1.3%, respectively, when comparing one age cohort to another of the same age but from a different time period. For example, among men 65-69 years of age, average total testosterone levels fell from 503 ng/dL in 1988 to 423 ng/dL in 2003. This suggests that some factor other than age must be contributing to the declines in testosterone over time.

A recent study18 using data from the Third National Survey of Sexual Attitudes and Lifestyles (Natsal-3) concluded that there is an age-related decline in salivary testosterone levels in both men and women, which cannot be explained by an increase in ill health. The study perhaps offers some explanation for this trend, citing significant age-independent associations between lower salivary testosterone and higher body mass index (BMI), poorer self-reported general health, mobility problems, longstanding illness, and comorbid conditions such as cardiovascular disease and depression. Additional evidence of testosterone decline has been demonstrated in Finnish9 and Danish men.8

The World Health Organization (WHO) defines infertility as “a disease of the reproductive system defined by the failure to achieve a clinical pregnancy after 12 months or more of regular unprotected sexual intercourse.” According to the WHO, the overall prevalence of primary infertility ranges between 3.9% and 16.8%.21

Specifically in men, sperm analysis for fertility is broken down into various parameters. The WHO’s 5th edition of normal semen analysis values are listed below. It is important to note that these are minimal values and that many fertility specialists seek optimal levels that are higher than the WHO values. A mixture of normal, suboptimal, and/or frankly low measurements in any of these parameters can lead to a diagnosis of subfertility.

Although several studies have suggested a decline in overall sperm quality over time, others have found no significant decline.13,14 The concern about declining sperm began in 1992 when Carlsen et al published a landmark meta-analysis of 61 studies, which found a significant global decline, between 1938 and 1991, in the average sperm concentration from 113 to 66 million/mL among men with no history of infertility.12 A scientific debate quickly ensued. However, 5 years later, Swan et al got involved, and after re-analyzing 56 studies, confirmed that a significant decline in sperm density had indeed occurred in the United States and Europe.22 In an extended meta-analysis of 101 studies, Swan et al again confirmed a decline in sperm density from 1934 to 1996.11 A 2013 French study by Rolland et al also concluded a trend of lowering sperm in their population.15

But the most recent study, by Levine et al in 2017,16 has hoisted the topic of sperm reduction into the mainstream, and has perhaps more definitively cemented the assertion that sperm is in a measurable decline. Using a regression meta-analysis – an elegant statistical model – they revealed a lowered sperm count and sperm concentration in men from North America, Europe, Australia, and New Zealand, from 1973 to 2011. Sperm concentration declined, on average, 1.4% per year, with an overall decline of 52.4%. The average decline in mean total sperm concentration was 1.6% per year, with an overall decline of 59.3%.16 It also appears that this trend is not slowing down, for when they limited their analysis to studies between 1995 and 2011, these declines were still evident.

Adding to the controversy, there are countries in which this global sperm decline is not apparent. Spain is one such example.23 In a study of 273 men from the Almeria region in Southern Spain, both semen count and testosterone levels were optimal and unchanged from November 2001 to December 2002. Spanish men have a low risk of testicular cancer in comparison to other European countries.24 The results of this study support the testicular dysgenesis syndrome (TDS) concept that suggests a link between impaired semen quality and testicular cancer risk.

Sperm and testosterone are inevitably physiologically related. Current scientific research along with clinical examination and monitoring should be considered for both of these parameters when determining overall health of a male patient. Levine’s introduction to his recent paper on declining sperm16 concisely summarizes the health implications and public health impact of declining sperm counts:

First, sperm count is closely linked to male fecundity and is a crucial component of semen analysis, the first step to identify male factor infertility. The economic and societal burden of male infertility is high and increasing. Second, reduced sperm count predicts increased all-cause mortality and morbidity. Third, reduced sperm count is associated with cryptorchidism, hypospadias and testicular cancer, suggesting a shared prenatal etiology. Fourth, sperm count and other semen parameters have been plausibly associated with multiple environmental influences, including endocrine disrupting chemicals, pesticides and lifestyle factors, including diet, stress, smoking and BMI. Therefore, sperm count may sensitively reflect the impacts of the modern environment on male health throughout the life course.

Men show a higher incidence of cardiovascular disease than women, including myocardial infarction and stroke. Previously, it was assumed that because men have more testosterone than women, that the testosterone was to blame. This has been consistently challenged. Low testosterone is increasingly linked to risk of cardiovascular disease, and this is a current understanding.25,26 Even with regression analysis studies, it has been demonstrated that when the effects of such comorbid conditions are controlled for, the relationship between coronary artery disease and lower testosterone levels remains.27

A high BMI is related to lower testosterone levels. Several review studies support the notion that restoration of normal testosterone levels in obese men correlates with improved weight loss, reduction in waist circumference and BMI, and improvements in body composition including reduced body fat percentage and increased muscle mass.29-31 Additionally, a recent meta-analysis found that being overweight or obese was associated with a greater prevalence of azoospermia or oligozoospermia.32

Metabolic Syndrome is defined by the International Diabetes Federation as having central obesity along with at least 2 of the following 4 abnormalities: hypertriglyceridemia, low HDL-cholesterol, hypertension, and high fasting blood sugar (or a previous diagnosis of type 2 diabetes). Various studies, including a 2014 meta-analysis, have shown metabolic syndrome to be highly associated with testosterone deficiency.33-35

The prevalence of male osteoporosis is very low under age 70, but rises significantly to an estimated prevalence of 22.6% in men >90 years old.36 Lifetime risk of fracture at ≥50 years of age is 50% for women and 20% for men.37,38 Testosterone positively affects bone growth and remodeling, and Late Onset Hypogonadism (LOH) has been related to bone loss in the aging male.39 Testosterone Replacement Therapy (TRT) to normalize testosterone serum blood levels has been shown to improve bone deposition and lower fracture risk.40,41

Testosterone has neuroprotective effects, including anti-inflammatory effects in the brain. Low testosterone levels in the aging male have been associated with both age-related cognitive decline and increased brain amyloid load, a major Alzheimer’s disease risk factor.42 TRT has been shown to improve cognition in older men.43

Indeed, the most poignant and utilitarian questions regarding declining testosterone or sperm counts are: What can we do about it? And, what should we do about it? And this is where the naturopathic physician excels – providing holistic and comprehensive medical solutions.

The research and general health implications associated with declining sperm and low testosterone that are discussed in this article is where we start. But the next step is doing what we do best: treating the whole person and providing excellent medical solutions that can heal the patient and influence the very fabric of society.

We must call on those specializing in men’s health within the naturopathic profession for continued leadership and imagination toward providing compelling and effective treatments.

I had the privilege to speak at the recent July 2017 meeting of the ICNM (International Congress on Naturopathic Medicine) in London, England, where this topic was presented before a large group of our international colleagues. The presentation was only weeks prior to the publication of Levine’s article on declining sperm counts.

In my companion paper49 to the London presentation, I offered several observations and calls to action, including interventions capable of stimulating testosterone, improving testicular function, sperm count and functionality, priming metabolism, and even promoting social change: 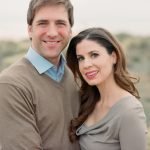 John A. Robinson, NMD, is a naturopathic medical doctor and author of 2 books: The Hormone Zone: Navigate Metabolism Towards Whole Health Transformation and ThyroZone: Real Thyroid Solutions for Better Health and Better Living. Dr Robinson, along with his wife and fellow naturopathic physician, Cristina Romero-Bosch, owns the cutting-edge medical center, The Hormone Zone. They are also Arizona’s medical leaders in Hormone Replacement Therapy, including Restorative and Sexual Regeneration Medicine. They have been serving thousands of men and women for over a decade. Follow them on Instagram @TheSexDocs and on Facebook at #TheHormoneZone. 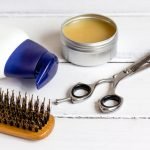 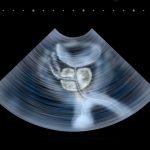 A Prostate Cancer Discussion: Just What is “Aggression”?Men's Health