What are hay-flowers? Hay-flowers are the remains of hay, such as stalks, leaves, blossoms and seeds, which we find in every barn where hay is stored.
–Benedict Lust, 1900, p. 28

Kneipp uses hay-flowers for treating different diseases. However, he never uses them as an exclusive remedy but always in connection with water applications.
-Benedict Lust, 1906, p. 40

The warm sitting-bath is never prepared only with warm water; it is always made either with a) shave-grass, b) oat-straw, or c) hay-flowers.
-Father Sebastian Kneipp, 1896, p. 49

Using the dregs of a common haystack does not conjure up an appetizing or a green image of a health-promoting medium, nor can we imagine that a decoction made of hay might possibly have an effective therapeutic application. But indeed, Father Sebastian Kneipp used such hay tailings with outstanding results. As Hartmann explained, “Hay-flowers” or “Heublumen” (in German) “are the short hay which remains at the bottom of a hay stack” (1905, p. 373). Kneipp described the “hay-flowers [as] all the remains of hay, such as stalks, leaves, blossoms and seeds, even the hay itself” (1896, p. 43).

Hayflower treatments were popularized by Kneipp for patients of both sexes, young and old. The hayflowers he used in his treatments and decoctions were obtained from the floors of haylofts. Farmers combined or harvested their fallow fields to gather the various plants that make up the hay for fodder for their farm animals. The composition of hay consisted of various grasses, timothy, alfalfa, clover, and other plants depending on the region. Bilz provided more information about sourcing for “hay-flowers.” For example, when hayflowers were unavailable, hay could be substituted, and if both of these were not available, then wildflowers from the fields, meadows, and woods could also be used instead of hay for making a decoction with equal efficacy (Bilz, 1898, p. 1755).

Bilz continues describing how a hayflower decoction is created. First, 1 or 2 handfuls per liter of water would be boiled for 15 minutes and left to steep (Bilz, 1898, p. 1755). The decoction would then be used in baths, compresses, packs, and the hayflower shirts.

In one example, the hayflower shirts found a place in the treatment of small children. Croup could become quickly dangerous and life threatening for a child caught in coughing fits with no relief. The early NDs were ready with compresses and hayflower shirts. Linen cloth was the chosen material for clothing and for compresses. The treatment consisted of two parts, a vinegar throat compress and the hayflower shirt. Lust described how to administer the vinegar throat compress:

Kneipp counseled that the wet cloth should be covered with a dry one, in particular a “dry woolen material, [and] always be careful about the hermetical closing” (1896, p. 103). The warm vinegar throat compresses would be continued in this manner until the child breathes easily again. Compresses made with vinegar were excellent in opening “the pores and produc[ing] warmth very quickly” (Hartmann, 1905, p. 373). The vinegar compress “dissolves quickly all the coagulations in the windpipe and thereby soon restores the child’s usual breathing capacity” (Lust, 1902, p. 426).

As Bilz pointed out at the turn of the last century, the shirt used “must be made of coarse linen and reach down to the knees and should be very large so that it can be put on [and] removed with the greatest [ease]” (1898, p. 1755). To prepare a hayflower shirt for treatment, a linen “shirt was dipped in a decoction made with the herbal hay-flowers” (Lust, 1900, p. 28) and was thoroughly saturated. The shirt was then “wrung out tight enough to prevent it dripping. The shirt when put on is smoothed out over the body with the flat of the hand” (Bilz, 1898, p. 1755). The patient was subsequently wrapped in a dry linen sheet and covered well with woolen blankets and tucked in bed. The hayflower shirt acts “like a very strong poultice—and draw out all the poisonous substances in the entire body, dissolve the accumulations in the windpipe, and thereby remove the obstructions to regular breathing” (Lust, 1902, p. 426). The shirt is left on the child until it thoroughly dries, which takes about “an hour to an hour and a half, sometimes even two hours” (Bilz, 1898, p. 1755).

Lust counseled that the hayflower protocols could be used in the first stages of blood poisoning, of frozen limbs, and of abdominal diseases. He added, “Scalded hay-flowers never fail to give relief. In rheumatism, gout, scrofulous symptoms, wrappings and shirts that have been dipped in hot hay-flower decoction, do an excellent service” (Lust, 1906, p. 40).

The hayflower decoction was used in baths as well. Footbaths with hayflowers worked by “dissolving, evacuating, and strengthening … for diseased feet, especially sweating feet, open wounds, contusions of every kind, for tumours, [and] gout” (Kneipp, 1896, p. 43). The procedure for the foot bath involved using “about 3 to 5 handfuls of hay-flowers, pour boiling water upon them, cover the vessel, and let the whole mixture cool to the warmth of [88-90°F]” (Kneipp, 1896, p. 43).

Kneipp never prescribed a warm sitz bath without adding some herb into it. His favorites included shave grass, oat straw, or hayflowers. The following instructions were given to create the herbal decoction for the bath:

The entire herbal decoction, including the herb, was added to the sitz bath. The warm sitz bath lasted about 15 minutes. Kneipp did not like to waste the herbs and would use the same bathwater even though it had cooled 2 more times: “3-4 hours after the first, the other an hour after the second, but both in the cold mixture, for 1 to 2 minutes each” (1896, p. 49).

To make a hayflower bath, a small cloth bag is filled with the hayflowers and boiled in a pot of water for at least 15 minutes (Kneipp, 1896, p. 65). This brown-colored decoction would be added to a bathtub and was the “most harmless bath … for warming the body [and] thoroughly opens the pores” (Kneipp, 1896, p. 65). Bilz, who was an avid follower of Kneipp, found that the hayflower baths were efficacious “where spasmodic symptoms of colic prevail, for hard bowels and especially in the treatment of ulcers and external tumours” (Bilz, 1898, p. 1759).

Hayflower wraps were also powerful anti-inflammatory interventions. A century ago, baths of hay rather than water or decoctions were well known too as a “reliable remedy for rheumatism” (Bilz, 1898, p. 1754). The question raised by Lust was “How can we explain the effect of the hay-flower wrappings? Hay-flowers themselves are of no special value, unless they are scalded and applied hot” (1906, p. 41). Hayflowers after being heated would be enclosed in a wrap. Lust reported:

[I]n every case hay-flower wrappings led to a decrease of the inflammation and the reduction of the swelling. The sooner the wrappings were applied the more effective they proved to be. The hay-flowers must be put on as hot as one can stand them and in rather thick layers. (1906, p. 41)

The hayflowers may have drifted from our collective memory and seem to have become lost to us. But in a world awash in pharmaceuticals and environmental degradation, hayflower wraps and baths need to be dusted off and tried again.

Sussanna Czeranko, ND, BBE, a licensed naturopathic physician in Oregon and in Ontario, Canada, is a faculty member working as the rare books curator at the National College of Natural Medicine, Portland, Oregon. She is currently compiling an 11-book series based on the journals published early in the last century by Benedict Lust. In addition to her work in balneotherapy, she is the founder of the Breathing Academy in Portland, a training institute for NDs to incorporate a scientific model of breathing therapy called Buteyko into their practice. 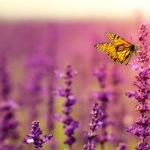 The Many Faces of SalviaBotanical Medicine, Nature Cure 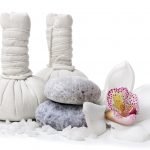