This all has to do with a patient named Linda. I’ve known her since 1994; she’s 56 years old now. She is a gifted massage therapist with a following of post-traumatic stress disorder clients. In these intervening years, she returned to school and earned a degree in psychotherapy, but she still works with the same people, now combining bodywork with psychotherapy. She is someone I treasure.

Last summer, a small pustule on the left side of her abdomen grew into a large lump that became hot and erythematous and excruciatingly painful. Before we knew what was going on, an abscess was lanced and drained. A culture revealed Methicillin Resistant Staphylococcus aureus, the dreaded MRSA.

Her allopathic medical doctor – who had long referred clients to Linda – told her that she would be an MRSA carrier for the rest of her life and that she should never massage another person again. The doctor’s ”significant other” canceled her ten-year standing weekly massage appointment with Linda.

Linda came to us in great distress. Should she close her practice? How would she make a living?

The antibiotic methicillin entered the marketplace in 1959. Reports that strains of Staphylococcus aureus had become resistant to the new drug were published two years later. At first, only hospitals had to worry about this. Only patients who were sick, weak, immune-compromised or with open wounds were at high risk. The first reports of non-hospital MRSA showed up in 1998. In 2004, MRSA was identified as causing pneumonias in the general population (Harder, 2004).

MRSA is now a community infection, not just a hospital infection. “Community MRSA” has spread to many areas. In some places, MRSA is now more common than the non-resistant Staphyloccocus aureus as a cause of infection. Young people, gym users and those taking part in contact sports or living in close proximity, such as prisoners and the military, are most likely to get MRSA infections. MRSA has become a serious concern for pro athletes and those who employ them (Ghassemi, 2006). MRSA is the most frequent cause of skin and soft tissue infections in ER patients presenting in the U.S. (Bancroft, 2007). Incidence is rising. The percentage of children with soft-tissue Staphylococcus aureus infections that were drug resistant jumped from less than 20% in 2001 to nearly 50% in 2003 (Bowser, 2004).

Back to Linda’s story. Being told by her MD that she would be an MRSA carrier for life and that she must immediately abandon her career was devastating. What should she do? What could I do?

While she sat in the room, I posted a message on Naturopathic Chat (see p. XX for chat information) and then turned to PubMed.

With Linda still in the room, a quick read of PubMed led me to mutter “poppycock.” (We probably owe the expression “poppycock” to the Dutch, who left the term in Manhattan when they ceded the island to the English with the 1667 Treaty of Breda. Today, “poppycock” is used to describe something as “senseless talk; nonsense.” To the Dutch, poppycock has stronger meaning. The ‘pap’ part of the word comes from either the Middle Dutch word ‘pappe,’ meaning soft porridge, or from Latin ‘pappa,’ meaning food. The “kak” is clear: The syllable carries pretty much the same meaning from Latin to Dutch and refers to the material of defecation. “Poppycock” thus means either soft fecal matter or fecal matter utilized as food.)

A 1999 paper entitled Eradication of MRSA from Carriers by Means of Whole-Body Washing with an Antiseptic in Combination with Mupirocin Nasal Ointment described how “elimination of the MRSA was achieved in 21 out of 28 cases …” (Sloot et al., 1999). A 2003 paper used a similar protocol with some success (Rohr et al., 2003). None of the studies talked about 100% rates of cure, but they were pretty consistent in telling us that treatment can work at least some of the time (Wendt et al., 2007). The participants in these studies were far from pictures of health to start with; rather, they were fertile fields. One study’s participants were predominantly spinal injury patients unable to bathe on their own; in another study, the majority of participants had liver disease.

I looked at Linda and told her that she would probably be in the percentage of people who were curable.

A few hours after Linda left the office, Michael Traub, ND responded to my posting on Naturopathic Chat with these words: “As Colonel Potter would say on M.A.S.H.: ‘Horse pucky.’ There is absolutely no evidence that because someone has MRSA they will be a permanent carrier. Carriers of MRSA can become non-carriers. Strict disinfecting and hygienic measures are usually necessary.”

Linda and I worked out a routine of sterilizing nasal and body washes. She has followed this routine most of the time since. Her follow-up nasal cultures to date have come back negative.

“Horse pucky” refers to pretty much the same stuff as my Manhattan Dutch term. This is the important point here. Like greenhouse gases, there is an overabundance of poppycock in the practice of medicine today. Our job sometimes is not to develop new and miraculous experimental protocols. Our job is to bring common sense back into the practice of medicine. Our job is to help the patient tell the difference between accurate information and poppycock. We have to use the resources available before we believe the ‘senseless talk and nonsense.’ It isn’t just the MDs out there who fall victim to inaccurate information, it’s all of us. But, enough soap boxing for the moment.

Antibiotic resistance is inevitable … At least, it is inevitable in a health system that relies heavily on drugs. Antibiotic drugs work by keeping bacteria from multiplying or by getting in the way of some important process, like protein synthesis or cell wall repair. Bacteria are constantly mutating, and within a population of bacteria there’s almost always one oddball that can survive antibiotic exposure longer than others. That bacterium is more likely to survive, and whatever gene conferred that survival advantage is passed down to future generations.

Drug-resistant bacteria will quickly outnumber their non-resistant relatives, either inside the person taking the drug or in an environment where the drug is used often, such as hospitals. This is what Darwinism is all about.

Darwin didn’t know about this, but there is something else to the story. We now know that drug resistance can spread between different species of bacteria; viruses that infect bacteria often trade plasmids, small lumps of DNA, from bacteria of one species to another.

There is some logic to that oft-repeated injunction to the patient to take every dose in a course of antibiotics. The idea, we are told, is to prevent slightly drug-resistant strains of infection from surviving. Given the propensity of drug manufacturers to sway the truth for financial gain, it might be an interesting exercise some day to find the data behind this proscription.

Our profession might be justified in arguing for the inclusion of our treatments whenever an antibiotic is prescribed for much the same goal. The quicker and more effectively an infection is eradicated, the lower the chance of the infectious agent developing resistance.

At the community level, we could certainly argue that the more often antibiotics are used, the more that resistance will grow. This would seem to also be a strong argument for our methods of treatment. … But hey, there is no need to preach to the choir, is there?

Ghassemi JG: A threat of microscopic proportions: pro athletes may need serious protections from MRSA infection. The rest of us can just wash our hands of it, Washington Post Aug. 15; p.HE01, 2006.

Bowser A: Community-onset MRSA may be less obvious than in the hospital, Med-Scape Medical News April 22, 2004. 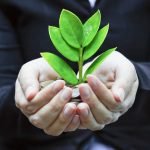 What is “Governance”… and Why Do Our Naturopathic Programs and Colleges Need Some?Education 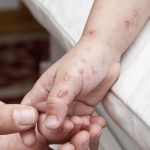