Viral Infections of the Skin

Three viral infections of the skin commonly seen in general practice are Human Papillomaviruses (HPV), Human Herpesviruses (HSV) and Varicella-Zoster Virus (VZV). While differing in their presentation and etiology, clinically I have found similar treatment protocols effective for all three. My goal as an ND has been to support a lasting curative response with each of these viruses while minimizing side effects.

One group of these, HPV, is prevalent among humans, manifesting in subclinical and benign clinical lesions as well as playing a role in the oncogenesis of cutaneous and mucosal malignancies (Fitzpatrick et al., 2001). Cutaneous HPV infections present as common warts (Verruca vulgaris), plantar warts and flat warts. The most common presentation of mucosal HPV infection is Condyloma acuminatum, or genital wart; however, most individuals are subclinically infected. More than 100 strains of HPV have been identified, with about 40 infecting the genital tract. Types 16 and 18 are strongly associated with genital malignancies, while types 6 and 11 are responsible for 90% of Condyloma acuminatum (Oregon Dept. of Human Services, 2006). Mucosal HPV infections, the most common sexually transmitted disease, currently infect approximately 20 million people the U.S. (online posting, n.d.). This widespread prevalence has led to the creation and implementation of a new vaccine to prevent cervical carcinoma due to HPV.

Eight human herpesviruses have been identified, including herpes simplex virus HSV-1, HSV-2 and VZV. Often, HSV infections are atypical, presenting with patches of erythema, small erosions, fissures or subclinical lesions that shed HSV. Transmission is via skin-to-skin, skin-mucosa or mucosa-skin contact. Conventional treatment for VZV or HSV consists predominantly of oral antiviral medications such as acyclovir, valacyclovir or famciclovir.

While conventional treatments are helpful for many patients infected with these viruses, my goal is to use health-supportive treatments that result in lasting improvements with minimal side effects. I emphasize oral rather than topical treatments for all of these conditions. It is not uncommon for me to see HPV-infected patients who have tried topical preparations as well as cryosurgery with temporary or no success. Additionally, patients with HSV often desire to discontinue their antiviral medications and prevent recurrences naturally. The psychosocial impact of HPV and HSV must be acknowledged and approached compassionately. It is important to listen to patients’ concerns and fears and provide thorough information about pathogenesis, transmission, treatment options and prognosis. Prior to initiating a health-supportive treatment plan, laboratory work can help rule out predisposing or compounding factors in the pathogenesis of these viral syndromes.

Screening blood work of a comprehensive metabolic panel (CMP), lipids and a complete blood count (CBC) provides a general idea of overall health and uncovers conditions that may directly or indirectly compromise the immune system, such as macro- or microcytic anemia, compromised liver or renal function or diabetes. HIV testing as well as serum 25-OH vitamin D testing and supplementation can also be used to investigate immunocompromise or immune status, respectively. Recent studies suggest vitamin D to be important for the immune system’s defense against viruses by preventing excessive expression of inflammatory cytokines and stimulating the expression of potent anti-microbial peptides that exist in neutrophils, monocytes and natural killer cells, as well as other cells (Cannell et al., 2006; Holmoy, 2007). Another way to investigate a compromised immune system, depending on patients’ concurrent symptoms – such as atopic dermatitis or asthma – is food allergy testing via serum IgG and IgE for commonly eaten foods.

Pending allergy test results or a diet containing high amounts of “pro-viral” foods, I recommend an anti-inflammatory diet that avoids food allergens, simple carbohydrates and sugar in conjunction with a high lysine/low arginine diet. A high lysine/low arginine diet has been known for years to be helpful for HSV. Several studies have found L-lysine to have anti-viral activity by blocking arginine use in HSV replication and thereby preventing HSV recurrences (Griffith et al., 1981; Griffith et al., 1987; Thein and Hurt, 1984; McCune et al., 1984). High lysine foods to encourage in the diet include fish, poultry and beans; while high arginine foods to avoid are most nuts (hazel, Brazil, peanuts, walnuts, almonds, cashews and sesame seeds) and chocolate. I often recommend additional L-lysine at a dose of one or two 500mg capsules two to three times daily acutely until symptoms resolve. For HSV in particular I often recommend one capsule two to three times daily preventively.

Most interesting, not only can this amino acid protocol be effective for HSV, but I have also found this diet to be clinically helpful for HPV. This may be due to a common basic structure and function of their viral nucleic acid molecules. As both are double-stranded DNA viruses (one of the six basic Baltimore viral types), mRNA is created directly from the positive DNA strand in transcription. Similar replication mechanisms may also exist (Flint et al., 2004).

While the most effective treatment is oral, topical approaches can be supportive as well. Topical compounds can be preventive for HSV if applied as soon as the prodromal symptoms are noticed. Studies have found preparations containing the following to be helpful: Glycyrrhiza glabra (Pompei et al., 1980), Melissa off. (Wolbling and Leonhardt, 1994), lysine and propolis (Vynograd et al., 2000). For cutaneous HPV, the lesions can be left alone or taped, or treated with a topical preparation containing the essential oils of Juglans nigra, Spilanthes acmella, Usnea spp. and Melaleuca alternifolia in a salve base of olive oil and beeswax. For VZV, I recommend applying gauze and securing it in place with tape, with the dressing changed daily.

Three patients (see the accompanying case studies) demonstrate how a similar treatment protocol was effective for each of these viruses. However, studies on the use of L-lysine in the treatment of HPV and perhaps other viruses are warranted. It is rewarding to support a curative response in patients with minimal invasiveness and side effects as well as supporting their overall health.

A 33-year-old female presented with approximately 20 soft, fleshy papules with coalescing around the anus. History of complete colectomy with a “J-Pouch” procedure was performed in 2003 for severe ulcerative colitis and Crohn’s disease. The Condylomata acuminata around the anus had been progressively worsening since the surgery in 2003. She had tried applying topical imiquimod 5% cream to the affected area once every three days hs for one year, with no improvement. The patient was also concerned about steady weight gain for unknown reasons since the colectomy (she gained approximately 30 pounds), which she wanted to lose. She was working in a very stressful job and walked two times a week for exercise. Her diet consisted of oatmeal with berries and milk for breakfast, microwave meal for lunch, chicken or fish and rice and vegetables for dinner, and handfuls of almonds several times daily as well as nut butters on toast daily, chocolate and microwave popcorn.

In a follow-up three months later, the patient’s Condylomata acuminata completely resolved, and she had lost three pounds of weight. Overall energy level improved, as well.

A 35-year-old female presented with an erythematous 0.5cm papule on the mucocutaneous junction of the upper lip, which reddened and then crusted over every few weeks over the last year. The lesion gets worse before menses and has a slight tingling sensation. She had a herpetic lesion in the same spot one year ago. She also had a history of shingles, two years ago. Additionally, a new wart on the palmar surface of the right hand appeared two weeks prior to her office visit.

At her follow-up appointment one month later, both the herpetic lesion and the wart resolved, and have not returned since. By her eight-month follow-up, the patient had noticed increased energy and improved digestion, with less gas and bloating.

A 37-year-old male presented with a cluster of intact vesicles, ruptured vesicles and scabs on an erythematous base on the medial and inferior border of the left scapular area. It began one week prior, with pin-prick pain that came and went quickly and was painful enough to make him jump when it happened. He rated the pain as a 6 out of 10 when it occurred. He was under a lot of job stress, and was feeling exhausted and run down. He admitted that he was eating a poor diet, with lots of peanut butter and jelly sandwiches and pizza, and very few vegetables. He also was drinking one to two beers per day but only two to three glasses of water per day.

The diagnosis is VZV.

At the patient’s four-week follow-up, the lesion as well as the sharp shooting pains had completely resolved. His energy level improved, and he was feeling more resilient to stress. 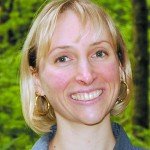 Juliette Soihl, ND is a 2005 graduate from NCNM in Portland. At her private practice at the Center for Vibrant Health clinic in Portland, she specializes in holistic dermatology and homeopathy. She studies and employs novel treatments for a wide variety of dermatological conditions, such as atopic eczema, psoriasis vulgaris, acne vulgaris and acne rosaceae.

Vynograd N et al: A comparative multi-centre study of the efficacy of propolis, acyclovir and placebo in the treatment of genital herpes (HSV), Phytomedicine 7: 1-6, 2000. 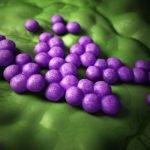 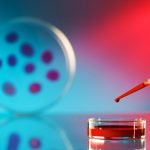