Elaboration on TBI and the Gut

A recent research study has elaborated on the connection between traumatic brain injury (TBI) and gastrointestinal changes.1 It has been observed that gut changes often follow a TBI, however this research reports that these intestinal changes may contribute to a higher risk of infection, and may actually worsen the brain damage in TBI patients.

This “two-way” link between TBI and intestinal changes suggests that TBI can trigger delayed changes in the colon which can be longstanding and lead to a higher susceptibility to bacterial infections, as well as increase post-traumatic brain inflammation and tissue loss. This may help explain higher systemic infection rates after brain trauma. TBI increases the risk of dying from a systemic infection by 12 times. Until now, scientists have not recognized that brain trauma can actually make the colon more permeable – which lays the groundwork for these systemic infections to manifest.

The authors of the paper are not sure how the TBI causes increased colon permeability, however, theorize that it may have something to do with enteric glial cells (EGCs). EGCs are incredibly interesting in that they are similar to astroglial cells found in the brain. Both types of glial cells are activated after a TBI, and in the brain at least, this activation is associated with increased inflammation. It is currently unclear if EGCs are activated the same way to contribute intestinal injury, or if their activation is a compensatory mechanism.

In addition, the research study also looked at how current infection impacts brain inflammation after a TBI. They found that infection led to increased brain damage and tissue loss after a TBI. This suggests that TBIs may create a cycle of damage that hinges on this relationship between the gut and the brain. Successful treatment therefore, is likely to come from addressing both the brain damage as well as the gut health, and likely the two treatment prongs will work together to heal both, just as they communicate bidirectionally in the cycle of damage. 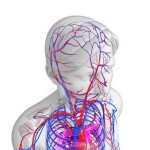 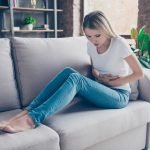