Use of Mind-Body Treatments in Children

A recent review article was published which gives an overview of 5 mind-body therapies which are supported by conventional literature to be used in pediatrics.1 Biofeedback, clinical hypnosis, guided imagery, meditation, and yoga were all accounted for as popular therapies for which there is growing evidence supporting their use in improving concentration, decreasing pain, and easing anxiety. According to the article, mind-body therapies are increasingly popular among children, with as many as 5% of high school females using some form of mind-body therapy regularly; the most common reason may be to simply improve overall health and “feel better.”2 The report’s intention is to increase awareness and to help health practitioners explore nonpharmacologic methods of treating common presenting complaints of childhood and adolescence.

Biofeedback is perhaps the most supportive tool, and has support for use in headache, asthma, enuresis, rehabilitation, and ADD/ADHD.3 Biofeedback is championed as a tool which can offer a glimpse at which topics, thoughts, and other stimuli trigger arousal, and allow participatory redirection of such arousal and focus; specifically aimed at balancing the autonomic nervous system (ANS). It is also theorized to help with anxiety disorders, chronic pain syndromes, and insomnia, though the evidence for these problems is not conclusive; functional gastrointestinal tract disorders is also a promising area of use. Biofeedback utilizes technological platforms which may be very appealing to youth, as well as offer a sense of self-regulation which offers a sense of autonomy and control, which is also appealing to younger patients. The most common forms of biofeedback being used to balance the ANS, according to the article are:

Clinical hypnotherapy is a well established therapeutic tool, and needs to be differentiated from the inappropriate use of hypnosis by entertainers. It is generally safe, and well tolerated. Clinical hypnosis involves building strong rapport between the patient and client and an individualization of treatment to a very specific extent. For this reason, large randomized studies are difficult to do. However, research does suggest benefit from the use of clinical hypnosis for children and teens, particularly for functional abdominal pain, irritable bowel syndrome, and pain management.1

Clinical hypnosis and guided imagery overlap to a fair extent, and many studies have combined them. Guided imagery has strengths in working with pediatrics in that it is non-invasive, and can ultimately be flexible to any age range or setting. Guided imagery does appear to show promising therapeutic effects for children and teens, with a very low degree of adverse effects.1,4 It has been observed as a favorable intervention in stress reduction, and pain management. The article does specifically warn that patients with a history of previous emotional, sexual, or physical abuse may be at risk of unintended post traumatic stress triggering, and that consultation with a mental health provider is advised in these cases.

Yoga is among the most commonly utilized complementary and alternative therapies for both adults and adolescents. Therapeutic yoga strives to unite the mind, body, and spirit through a combination of mindfulness, breathing, and body postures. It is often employed to improve stress coping, and other health conditions, such as hypertension and pain.7 The review states that while the mechanisms are not well understood, yoga does seem to have significant effects on the parasympathetic nervous system, which may be an underlying factor in its use in many health conditions. It is safe, and should be considered with adolescents who are interested.

Node Smith, associate editor for NDNR, is a fifth year naturopathic medical student at NUNM, where he has been instrumental in maintaining a firm connection to the philosophy and heritage of naturopathic medicine amongst the next generation of docs. He helped found the first multi-generational experiential retreat, which brings elders, alumni, and students together for a weekend camp out where naturopathic medicine and medical philosophy are experienced in nature. Three years ago he helped found the non-profit, Association for Naturopathic ReVitalization (ANR), for which he serves as the board chairman. ANR has a mission to inspire health practitioners to embody the naturopathic principles through experiential education. Node also has a firm belief that the next era of naturopathic medicine will see a resurgence of in-patient facilities which use fasting, earthing, hydrotherapy and homeopathy to bring people back from chronic diseases of modern living; he is involved in numerous conversations and projects to bring about this vision. 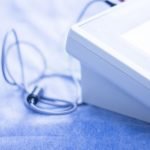 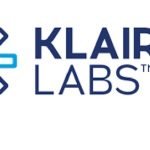 We Invite You to Meet the New KlaireNaturopathic News