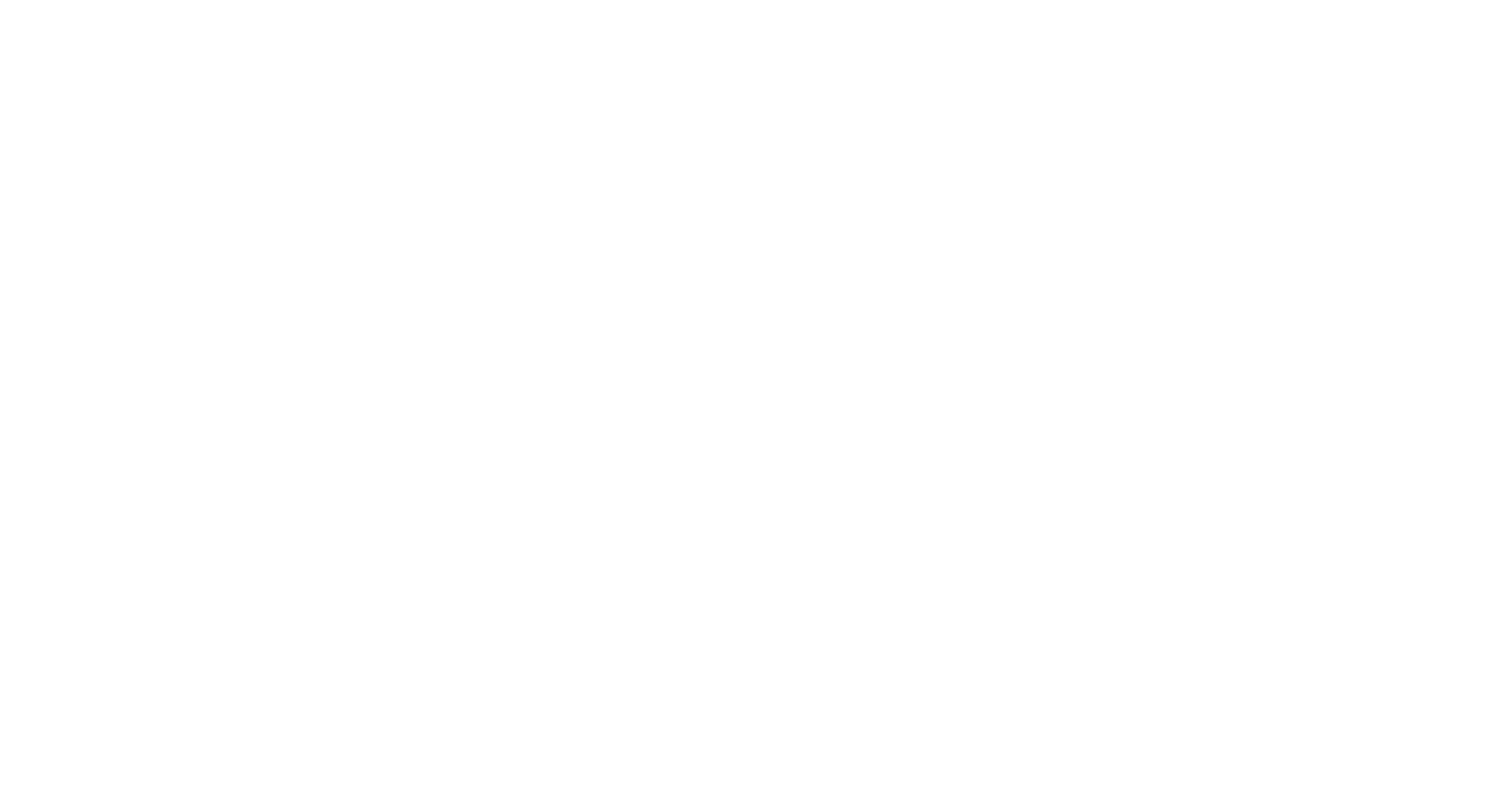 Dear mother, experiment with regular meal hours without permitting anything to be eaten between.

If the school nurse examines your child and tells you [his/her] tonsils and adenoids must be taken out, stop and think. If [their] ears, nose or fingers were swollen and inflamed would they tell you to have them cut off?

As we review the writings left by elders of a century ago, we might well wonder where our own parents were in terms of that vision. The vision of some of these naturopathic doctors was so utopian, egalitarian and liberating that one could easily lament the non-actualizing of that worldview up into our own era, celebrating the potential of the child. Today, we are seeing a continuous increase in chronic diseases that we know are preventable, particularly if healthy lifestyles and practices are begun early, modeled and supported by parents committed to building that kind of future. This same view that “the seed[s] of chronic disease is planted in badly handled cases of childhood sickness” (Clements, 1926, p. 135).

The origins of current naturopathy derive in part from the miraculous recovery of Benedict Lust himself from tuberculosis, treated successfully by Sebastian Kneipp. Kneipp’s methods, though, may not readily appeal to our modern sentiments of comfort and warmth. In his lecture, “How to Harden Children,” Kneipp viewed warm water bathing as “the first crime that parents can commit against their children” (Kneipp, 1904, p. 158). He instructed mothers of babies who did not thrive to “take [their] baby and put [him/her] into a tub of cold water up to the neck, and do not put [him/her] down too slowly; and then say, ‘one – two – three – now quick into the warm bed” (Kneipp, 1904, p. 158). A mother who had taken Father Sebastian’s advice, joyfully reported: “Oh, how my baby is thriving! [He] looks so fresh and healthy and sleeps all night and also during the day” (Kneipp, 1904, p. 158). Kneipp recommended not only cold water bathing, but also clothing that should be loose fitting, “allowing the body to perspire freely and giving [him/her] plenty of air … Air strengthens the skin; pure air promotes even circulation of the blood” (Kneipp, 1903, p. 364).

The early naturopaths wanted new mothers to begin immediately with a regimen of health promotion for their children. Clements writes, for example, “the nursing mother should not make the mistake of overfeeding her baby” (Clements, 1925b, p. 185). Pasteurized milk was the bane of naturopaths who favored unpasteurized milk as the substitute for small children. Breastfeeding was encouraged and recommended. “If the mother is strong and healthy she may with great advantage nurse her child for the first twelve months and eliminate the problems of bottle feeding, and the possibility of stale milk and pasteurizing” (Clement, 1925b, p 184). Opland continued this thread of advice: “Uncooked milk, fruit and vegetables should be the chief foods the first two years of a child’s life” (Opland, 1920a, p. 70). 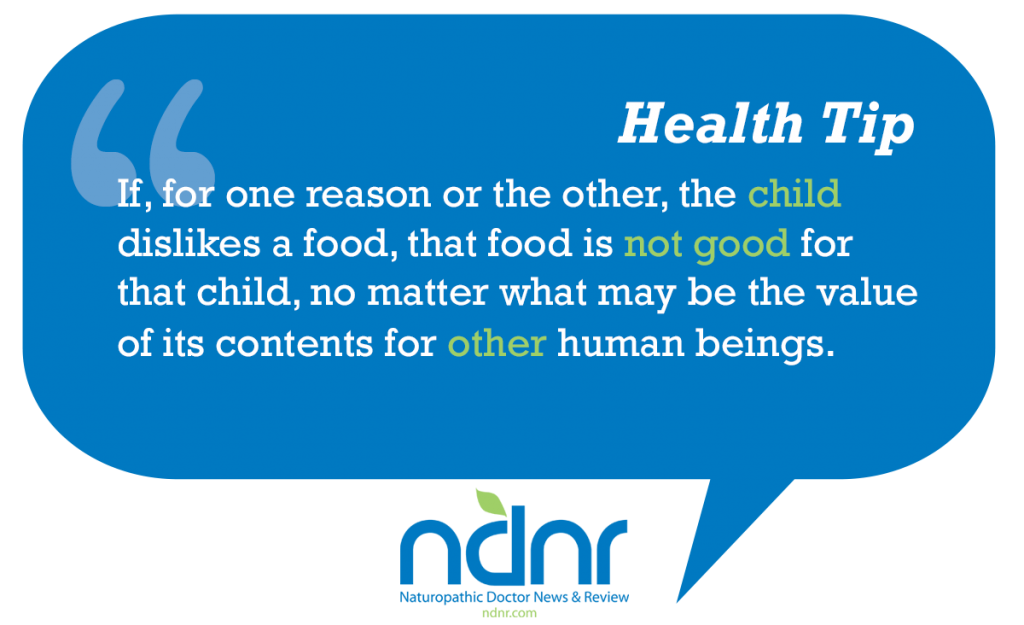 Speaking about the impulse to feed children to quiet them, Kress commented, “It is common with mothers to interpret a child’s wailing as an invitation to feed [him/her], and thus an unnatural habit is formed in infancy, to continue throughout life” (Kress, 1925, p. 134). His contention was that children that eat in between meals would lose their appetite at mealtime and “the mother will resort to some fancy food for the purpose of stimulating [the child]. … No child who has been treated to dainties between meals will be able to eat nourishing food at the regular time of mealtimes” (Kress, 1925, p. 134).

The introduction of refined foods in the early-20th century was immediately condemned by the early ”Naturocurists.” Oatmeal was “replaced by ‘breakfast foods’ of dextrinized, devitalized, overcooked food” (Lust, 1913a, p. 8). Considered as ‘starvation food,’ when they were “mixed with milk and sugar, a most unwholesome combination, which is sure to cause fermentation in the stomach” (Lust, 1913a, p. 8). Otto Carque, a well-known food expert, spoke at a school in Los Angeles and warned parents and teachers of “the use of artificial sweets and white flour products [as] one of the most pernicious customs of the day” (Lust, 1913a, p. 9).

In 1913, “statistics show that the average American [consumed] half of its own weight or over 82 pounds of sugar every year” (Lust, 1913a, p. 9). Imagine the shock of today’s sugar consumption! A national health survey has shown that Americans are swallowing 22 teaspoons of sugar each day and kids ages 14-18 consume an eye-popping 34 teaspoons of added sugar a day (Associated Press, 2009).

A suggestion to sweeten food was to “take [a quarter] pound of seedless raisins, wash well and run through a food chopper” or food processor (Opland, 1920b, p. 449).

Not only were the early naturopaths worried about processed food and sugar consumption, they were concerned about the impact on children of constipation arising from overfeeding. In babies, “milk curds will be found in the stools” and the treatment includes “orange juice, scraped apple or pear, figs and prunes” (Clements, 1925c, p. 229).

The intelligence of these naturopaths speaks volumes. The sage advice given to parents of that day concerned with their child’s eating habits is relevant even today:

Question: Should a parent force a child to eat food that is good for the child but which the child dislikes? With my child, spinach is a good example.

Answer: If you do any such thing, you may do your child much harm. If, for one reason or the other, the child dislikes a food, that food is not good for that child, no matter what may be the value of its contents for other human beings. Physiologists know that the mouth waters at the sight of food and the stomach does also. And therefore to force food into the stomach when there is a mental disinclination is physiologically wrong, to say nothing of the psychological factors. Usually a child will show a preference for some other equally good food even if it does turn another one down. … A child should now and then be allowed to experience real hunger and then he will show less likes and dislikes for foods (Clements, 1925a, p. 24).

The early naturopaths counseled for adults and their children eating a diet of fresh fruits and vegetables rather than the excess of bread, breakfast foods, refined sugar, pie, cakes, doughnuts, ice cream, canned fruit, fried foods, tea and coffee and potatoes three times a day (Lust, 1913a, p. 9). Fruits were best eaten alone or with a small amount of nuts (Lust, 1913a, p. 10). Vegetables were steamed in the least amount of water or eaten raw (Lindlahr, 1931, pp. 85-89).

A vegetarian diet was recommended for treatment of scrofula, which was considered “the first sign of undeveloped tuberculosis” (Lust, 1913b, p. 500).

The Tonsils, the ‘Policemen of the Throat’

Enlarged tonsils in children were treated with healthy dietary changes. Removal was not condoned by the nature cure doctors, or by some of the allopathic ones. “Removal of enlarged tonsils represents the height of its bacticidal energy and is a vital mistake. The line of defense against microbic invasion is thereby broken” (Faulkner, 1913, p. 26). Rather, the advice given was to “cut out all candies, cakes, and sugars. Make fruit and vegetables the main diet for a few weeks. Then adopt the wholesome diet as advocated by Nature Cure” (Clements, 1925c, p. 229).

The early naturopaths were prolific in their advice to parents about nutrition for their children. As well, these early naturopathic doctors did not overlook the necessity of play to even further enhance the development of children. “One of the best ways to conserve the welfare of boys and girls and keep them out of courts, prisons, hospitals and reform schools is to show them how to play and help them do it right. … The money we spend on prisons should be spent mostly on playgrounds” (Purinton, 1925, p. 213). “Play, being the one supreme exerciser of mind, muscle and emotion together provides the natural outlet of self expression for children of all ages” (Purinton, 1925, p. 214).

Their recommendations for supporting a healthy lifestyle start for children was often accompanied by actual food recipes, the products of which were aimed very specifically at happy, healthy kids with growing appetites.

Wash fruit well then put through food chopper. Add nuts, then form into large or individual cakes. Roll in coconut or finely chopped nuts if desired.

Faulkner, R. B. (1913). Tonsils and the Voice in Science, Surgery, Speech and Song. New York: Blanchard. 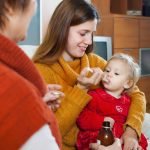