There is a wide variety of natural options for the treatment of insomnia. Traditional botanical medicines such as valerian (Valeriana officinalis), hops (Humulus lupulus), and chamomile (Matricaria recutita) are popular,1 as is direct supplementation with substances such as melatonin (which is known to promote proper circadian rhythms) and neurotransmitters like gamma-aminobutyric acid (GABA) and glutamate.2 Of course, an important element in the successful treatment of any concern involves treating the cause. This case report highlights an unusual treatment that resolved the issue of insomnia through particular attention to the cause.

A 26-year-old female presented with concerns of sleep-onset insomnia. The young woman was taking school courses while also holding a part-time job. Her stress levels were capable of affecting her symptoms of irritable bowel syndrome, as she often alternated between constipation and diarrhea. However, she did not wish to address her gut issues during her visits. For gut health, she had been taking chamomile tea, fish oil, and probiotics.

She also reported heart palpitations and was sent for testing through her medical doctor (including ECG, echocardiogram, and a Holter monitor), all of which came back normal. She was prone to fainting due to orthostatic hypotension. Her blood pressure had been recorded as low as 72/40 mm Hg, but averaged around 80-90/50-60 mm Hg.

The patient practiced healthy sleep hygiene, but complained that she could not shut off her mind at night; it would keep her awake for an average of 1.5 hours after going to bed. She was not prone to waking in the night, except occasionally to urinate, but generally could return to sleep without difficulty. She did not suffer from restless legs or sleep apnea (as subjectively noted by the patient and the patient’s roommate). For sleep, the patient had previously tried various combinations of natural sleep aids, including valerian, passionflower, chamomile, melatonin, L-tryptophan, L-theanine, and GABA. Despite these efforts, there had not been any improvement, so she discontinued the use of all but the chamomile tea, which she found soothing to drink after dinner.

Lab tests were performed and provided the following results:

A 4-point salivary cortisol was also performed, showing a morning cortisol that was above range; the noon, evening, and nighttime cortisol values dropped to the lower end of normal.

The patient was put on an adrenal support that contained licorice (Glycyrrhiza glabra) and Siberian ginseng (Eleutherococcus senticosus), which she found too stimulating during the day. After trying various combinations with both Panax ginseng and American ginseng (which also proved to be too stimulating), her treatment protocol was revised. She was given licorice tea on its own to improve her dizziness.

Of her own accord, she began to take the licorice in the evenings as a blend with her chamomile tea, and noticed a moderate improvement in sleep. Despite her normal values of hemoglobin, serum B12, and erythrocyte count, she was supplemented with 30 mg of iron (including folic acid and vitamin B12), to be taken each morning to improve her ferritin levels. After roughly 1 week of iron supplementation, she experienced further improvement, with her sleep-onset time being reduced to roughly 20-30 min (down from the original 90 min). She also reported feeling more rested in the morning and having better energy during the day.

Examining the Case through a Different Perspective

While it may seem paradoxical to improve insomnia by treatment with iron and nighttime ingestion of licorice, a reasonable explanation can be offered through Traditional Chinese Medicine (TCM). This patient is considered by TCM to be Blood Deficient (Blood Xu), and certainly one sign of “Blood Xu” is insomnia.3 A variety of herbs can be used to treat Blood Xu, including Glycyrrhiza glabra (Gan Cao), which is known to support Qi and Blood. Note, however, that many blood-building herbs of TCM do not treat anemia per se; rather, they can address other causes such as heart failure.4

The subject in this particular case found benefit from 2 unusual treatments for insomnia. The first, licorice, is typically a component of formulas designed for adrenal support in stressful times because it supports healthy cortisol levels5; it is also known for its ability to increase blood pressure.6 This case suggests that these same properties of licorice can have a positive impact on sleep-onset insomnia.

In examining studies that compare cortisol levels with sleep patterns, I found that the literature offers mixed conclusions. One study concluded that low levels of salivary cortisol correlated with high amounts of nighttime sleep interruptions,7 while another study found no difference in cortisol patterns between those who had insomnia and those who did not.8 A third study found that high cortisol correlated positively with poor REM sleep, particularly in younger individuals.9 This study, however, used a value for “24-hour cortisol,” which was calculated by drawing blood every 30 minutes for analyses and calculating an average of those results. This method of evaluation may be significantly flawed because the repeat blood draws would be contributing to iron loss, which may be contributing to the sleep disturbance itself, as will be discussed later. Furthermore, it could be argued that frequent blood draws would inevitably disturb deep sleep.

The second important mechanism of licorice is its effect on blood pressure. The individual in this case study had consistently low readings for blood pressure. When the patient began to drink her licorice tea in the evenings, she did so roughly 60-90 minutes prior to going to bed. The intention was to have the tea early enough that she would be able to void her bladder more completely before sleep, thus preventing nighttime waking due to the urge to urinate. The extra fluid consumption, along with the medicinal properties of licorice, would have contributed to a rise in blood pressure.6

A possible hypothesis could be made between the consumption of licorice tea and the improvement of sleep. Prior to treatment with licorice, the patient would lie down, only to suddenly find her mind beginning to race. This may have been due to better blood perfusion in the brain upon lying down, since the heart did not have to pump against gravity. After beginning regular tea consumption, her increase in blood pressure may have helped blood (and thus oxygen) be delivered to the brain prior to getting into a prone position. In theory, then, when she would lie down in bed, her brain received less of an increase in perfusion, which would diminish her subjective experience of becoming more awake.

Blood pressure has previously been linked with sleep disturbance. A study by Lanfranchi et al10 demonstrated that high systolic blood pressure was linked with more cases of insomnia, but this was only observed in those who had less of a drop in blood pressure upon going to bed. Although the study focused on high blood pressure (as opposed to low values), it can support the theory that having a higher blood pressure capable of dropping at bedtime provides better sleep outcomes.

Iron supplementation also helped to improve the patient’s sleep-onset insomnia. There have been studies which indicate a connection between low iron status and insomnia due to restless legs syndrome.11 This is particularly true in patient populations that are prone to low iron levels, such as the elderly; one study found that 31% of restless leg cases among elderly patients were correlated with low iron status.12 Outside of restless legs syndrome causing insomnia, there appears to be little research suggesting that low iron levels contribute to insomnia. Despite this shortage of evidence, though, there appears to be a clinical trend to indicate that low iron levels should be considered in cases of insomnia, particularly sleep-onset insomnia.

While the majority of patients with insomnia are likely to benefit from traditional treatments such as sedating and calming herbs, evidence from this case highlights that there should also be a focus on treating the cause. Many individuals need better education in proper sleep hygiene, such as avoiding “screen time” before bed.13 For others, who have made lifestyle changes without achieving results, one area to examine may be iron levels and blood pressure, since certain populations may be at increased risk. These populations include the elderly (from poor nutrition/low absorption), menstruating women (from regular blood loss), those who donate blood regularly, those who have bleeding disorders, and vegetarians. If you suspect that your patient may be low in iron, it may be worth testing their ferritin levels. I generally like to see my patients achieve a ferritin value of 80 µg/L or higher, but not all patients have to have levels that high before they begin to notice an increase in energy with improvement in their insomnia (as was demonstrated in this case study).

One easy in-office test to perform is blood pressure. If a patient has low blood pressure and is complaining of unresolved sleep-onset insomnia, consider prescribing a trial of nightly doses of licorice tea to improve their blood pressure. It is preferable to make a small amount of tea and drink it well before bedtime in the evening, so as to not promote nighttime waking for urination. Based on research and my own experience, it does not seem worth the patient’s time or money to perform cortisol testing solely for the purposes of addressing insomnia. A short trial of nightly licorice and your patient’s feedback will let you know if you’re on the right track. It may not work for all patients, but the other medicinal properties of licorice, such as being anti-inflammatory and antimicrobial, may offer health benefits regardless of improving sleep.14 At the least, do no harm. 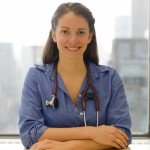 Monique Hallee, BScHK, ND, after graduating from the Boucher Institute of Naturopathic Medicine (BINM), continued to nurture her inner nerd and further fuel her passion for medicine through contributions to the research department of her alma mater. She would also like to extend special thanks to Chris Hergesheimer of the BINM research department for his experience in research organization, which helped her to write this and other articles. Dr Hallee practices at Meditrine Naturopathic Medical Clinic in Langley, BC, where she works in family health care with a focus on women’s health. For more information, visit www.drhallee.com.

Chris Hergesheimer, BA, MA, is a PhD candidate in the Faculty of Land and Food Systems at the University of British Columbia. He is also the Director of Research Education at the Boucher Institute of Naturopathic Medicine. 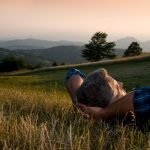 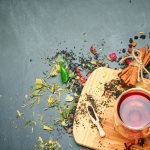