The ABC-AHP-NCNPR Botanical Adulterants Prevention Program (BAPP) has released a Botanical Adulterants Prevention Bulletin on ashwagandha (Withania somnifera) root and root extract. The powdered roots of ashwagandha, a member of the nightshade (Solanaceae) plant family, have a long history of use in Ayurvedic medicine, an ancient traditional medicine system in India, for a wide array of purposes—to treat inflammatory disorders, as an adaptogen for its immunomodulatory effects, to invigorate and strengthen the body, and to improve sexual stamina.

One of the most popular Ayurvedic herbs in the United States

Ashwagandha is one of the most popular Ayurvedic herbs in the United States. It was the sixth top-selling dietary supplement in natural retail stores in 2017, with sales totaling roughly $10.6 million, a 25.6% increase from the previous year, according to the HerbalGram 2017 Herb Market Report. Mainstream sales of ashwagandha supplements grew by more than 67% during the same period.

The addition of undeclared material from ashwagandha aerial parts

Various reports have described the addition of undeclared material from ashwagandha aerial parts (i.e., plant leaves and/or stems) to ingredients and products labeled to contain only ashwagandha root powders or root extracts. Aerial parts are typically available at a lower cost and contain some of the same types of chemicals (known as withanolides) as the roots.

The bulletin is a collaborative effort among Natural Remedies Private Limited (Bengaluru, India), Alkemist Labs (Garden Grove, California), and other members of BAPP. It summarizes the published data on ashwagandha adulteration, supply sources, market importance, and analytical methods to detect adulteration. Seventeen experts in quality control of medicinal plants from academia, government, and the herb industry provided input on the bulletin during the peer-review process.

“The inappropriate and unethical practice of increasing the amount of withanolides in ashwagandha root powder and extract by adding undisclosed, lower-cost dry leaf material and/or its extracts has been confirmed,” said Mark Blumenthal, founder and executive director of the American Botanical Council (ABC) and founder and director of BAPP.

“This type of adulteration will fool only those companies and laboratories that do not use adequate analytical efforts to properly test their ashwagandha materials,” he added. “A robust analytical methodology, such as high-performance thin-layer chromatography (HPTLC), or other methods that can provide the chemical fingerprint of withanolides, can determine if additional withanolides from undeclared leaf material are present in the analyzed sample.

Stefan Gafner, PhD, chief science officer of ABC and technical director of BAPP, commented: “Herbal ingredients that have a history of use in Indian traditional medicine systems, and for which their benefits are supported by multiple clinical trials, have seen some of the highest sales increases in the United States in recent years. At the same time, these ingredients — which include boswellia (Indian frankincense; Boswellia serrata), turmeric (Curcuma longa), and ashwagandha, among others — reportedly have been subject to adulteration by unscrupulous suppliers. This supports the idea that there are clear links among market success, supply shortages, and adulteration.”

Conceal in the steal

Blumenthal added: “A key factor in adulteration is concealment. If a manufacturer chooses to openly combine ashwagandha root and leaf extracts into proprietary botanical products, this is appropriate so long as the labeling is transparent. Such a clearly labeled ingredient or product is not within the scope of this bulletin.”

The ashwagandha bulletin is the 17th publication in the series of Botanical Adulterants Prevention Bulletins and the 48th peer-reviewed publication published by BAPP. The goal of the Botanical Adulterants Prevention Bulletins is to provide accounts of ongoing issues related to botanical identity and adulteration, thus allowing quality control personnel and lab technicians in the herbal medicine, botanical ingredient, dietary supplement, cosmetic, herbal tea, conventional food, and other industries where botanical ingredients are used to be informed on adulteration problems that are apparently widespread and/or imply safety concerns. 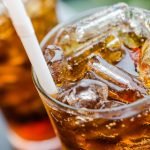 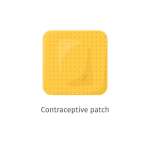