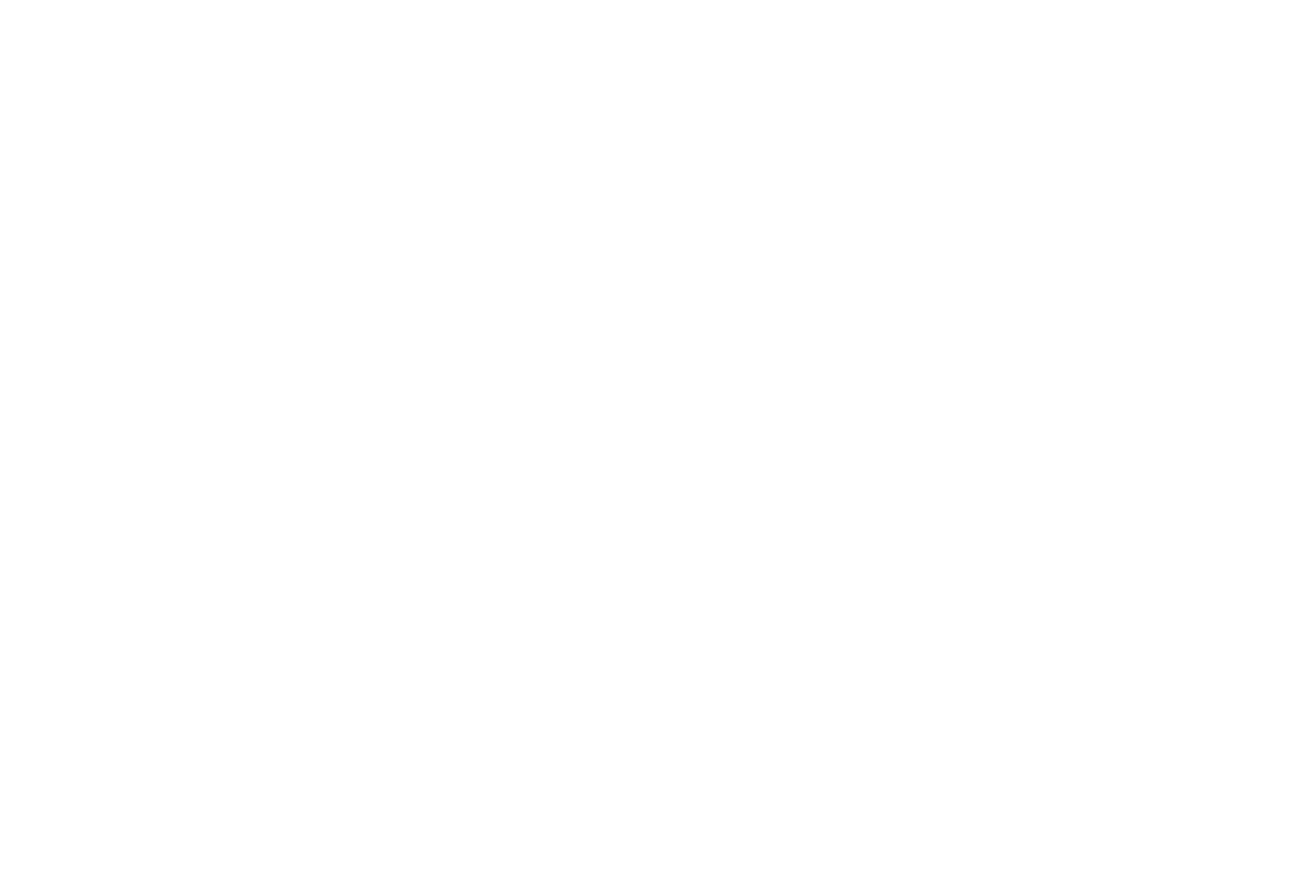 From the standpoint of heart health, the Tsimane are a model group. A population indigenous to the Bolivian Amazon, the Tsimane demonstrate next to no heart disease. They have minimal hypertension, low prevalence of obesity and and their cholesterol levels are relatively healthy. And those factors don’t seem to change with age.

Also minimal is the incidence of Type-2 diabetes. Which leads scientists to consider the role of diet in the Tsimane’s cardiovascular health — and how it might be impacted over time as the population becomes more exposed to globalization and market forces.

That’s where UC Santa Barbara anthropologists Thomas Kraft and Michael Gurven come in. They are part of the Tsimane Health and Life History Project, an initiative supported by the National Institutes of Health, which conducted the first systematic study that examines what the Tsimane consume on a regular basis and compares it to that of the Moseten, a neighboring population with similar language and ancestry, but whose eating habits and lifeways are more impacted by outside forces. The researchers’ findings appear in the American Journal of Clinical Nutrition.

“Our prior work showed that the Tsimane have the healthiest hearts ever studied, so naturally there’s a lot of interest in understanding why and how,” said Michael Gurven, a professor of anthropology at UC Santa Barbara, co-director of the Tsimane Health and Life History Project and the paper’s senior author. “The obvious first contender is, what are they eating? And are they eating what we think is best for heart health?

“We conducted a detailed analysis of the Tsimane diet and then compared it to what modern Americans typically eat, and to the diets that claim to be heart healthy,” he continued. “Maybe the Tsimane just happen to follow one of those without knowing about them.” These diets — Paleo, Okinawan and DASH, among others — are often promoted because of their proposed health benefits, and in the case of Paleo, that our bodies have evolved to benefit from particular types of food.

The connection to the Moseten is an added benefit of the study. Ethnolinguistically and genetically very similar to the Tsimane, the Moseten, an isolate in Bolivia, are much more acculturated in a number of ways than are the Tsimane. “They provide a forecast of what Tsimane health might look like 20 years from now,” Gurven said. “They represent what is happening to many indigenous populations over time. To what extent may changes in their diet increase the prevalence of heart disease and diabetes?”

Using the same measurement strategy employed by the U.S. Centers for Disease Control and Prevention’s National Health and Nutrition Examination Survey, the researchers interviewed 1,299 Tsimane and 229 Moseten multiple times about everything they had eaten or drunk in the previous 24 hours. Using published and their own nutritional estimates for all items, and a variety of methods to estimate portion size, they provided a detailed breakdown of daily food intake.

The high-calorie (2,433-2,738 kcal/day) Tsimane diet was characterized by high carbohydrate and protein intake, and low-fat intake (64, 21 and 15 percent of the diet, respectively). In addition, the Tsimane don’t eat a wide variety of foods, relative to the average U.S. or Moseten diet. Almost two-thirds of their calories are derived from complex carbohydrates, particularly plantains and rice. Another 16 percent comes from over 40 species of fish, and 6 percent from wild game. Only 8 percent of the diet came from markets.

Despite the low dietary diversity, the researchers found little evidence of micronutrient deficiencies in the Tsimane’s daily intake. Calcium and a few vitamins (D, E and K) were in short supply, but the intake of potassium, magnesium and selenium — often linked to cardiovascular health — far exceeded U.S. levels. Dietary fiber intake was almost double U.S. and Moseten levels.

Over the five years of study, the researchers saw the Tsimane’s total energy and carbohydrate intake increase significantly, particularly in villages near market towns. Their consumption of food additives (lard, oil, sugar and salt) also has increased significantly. The Moseten, the researchers noted, consumed substantially more sugar and cooking oil than did the Tsimane.

The conclusion: A high-energy diet rich in complex carbohydrates is associated with low cardiovascular disease risk, at least when coupled with a physically active lifestyle (Tsimane adults average 17,000 or so steps per day, compared to Americans’ 5,100). Moving away from a diet that is high in fiber and low in fat, salt and processed sugar represents a serious health risk for transitioning populations. Evidence of nutrition transition in Bolivia parallels trends in increasing body fat and body mass index among Tsimane, suggesting the low prevalence of cardiovascular disease — as among the Tsimane — may not persist.

According to Gurven, avoiding the pitfalls of changing diets and lifestyles will be critical for groups like the Tsimane. Many other indigenous populations in South America, Africa and Southeast Asia are in similar situations. And rates of obesity, type-2 diabetes and heart disease are high among indigenous groups whose lifeways are no longer traditional — including many North American Indian and Australian aboriginal populations.

And for the Tsimane, change is not far on the horizon. “This is a key time,” said Thomas Kraft, a postdoctoral researcher in anthropology at UC Santa Barbara and the paper’s lead author. “Roads are improving in the area, as is river transport with the spread of motorized boats, so people are becoming a lot less isolated compared to the past. And it’s happening at a pretty rapid pace.”

Anecdotally, Gurven added, the Tsimane Health and Life History Project’s biomedical team is seeing more diabetic patients among the Tsimane than they have previously. That’s likely due to the increased regular intake of refined sugar and fat that occurred over the course of the study. As Kraft noted, with the Tsimane’s ability to buy large kilo bags of sugar and liters of cooking oil, the researchers calculated a 300 percent rise in consumption of those products. “They’re basically deep frying and adding lots of sugar to drinks when they can,” he said.

And consuming a lot of calories. “But they’re also physically active — not from routine exercise, but from using their bodies to acquire food from their fields and the forest,” added Gurven, “which is also an important lesson. You can’t look at what you’re eating irrespective of what you’re doing with your body. If you’re physically active, you can probably get away with more flexibility in the diet.”

Calorie count aside, the high carbohydrate content of the Tsimane diet isn’t “unprecedented,” according to Kraft. “One of the other artery-protecting diets is the Okinawan diet from Japan. It comes out at about 85 percent carbohydrate. But a common feature they share is that pretty much across the board, they’re complex carbohydrates — it’s sweet potatoes in the Okinawan diet; here it’s plantains and manioc.”

The Moseten diet has fewer total calories and less carbohydrates than the Tsimane diet, but the Moseten eat a broader range offoods, including more fruits, vegetables, dairy and legumes. The Moseten also buy more of their food, including soda, bread, dried meat and processed items. The Moseten diet could provide insight into the Tsimane diet of the future, the researchers suggest. “We’re still analyzing their health indicators, but we expect the Moseten to show more risk factors related to diabetes and heart disease,” said Gurven.

In addition to finding that the Tsimane consume more calories per day than the Moseten do, the researchers note the Tsimane are also more physically active (with much of their labor devoted to the hard work of slash and burn farming, hunting, fishing and foraging). They expend more energy activity, but may also have a higher resting energy expenditure due to higher rates of infection and persistent immune activity.

Overall, the findings suggest that no single diet protocol offers the key to health. The picture is much more complicated. “It definitely sheds light on the diversity of diets that are compatible with good cardiovascular health,” said Kraft.

Added Gurven, “We’re at a unique point in history where for many of us, our daily decisions are more about what not to eat. We have to work hard not to overeat. Throughout most of human history, it was the opposite. It was so hard to get those calories we needed to survive.”

And in terms of the Tsimane’s eagerness to incorporate sugar and other additives into their diets despite the associated health risks, “Telling folks to watch what they’re eating, don’t eat too much of this or that — that mentality is hard to convey when getting food is unpredictable and a daily grind,” Gurven continued. “Getting calories cheaply with less effort — who wouldn’t?” 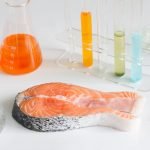 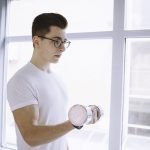