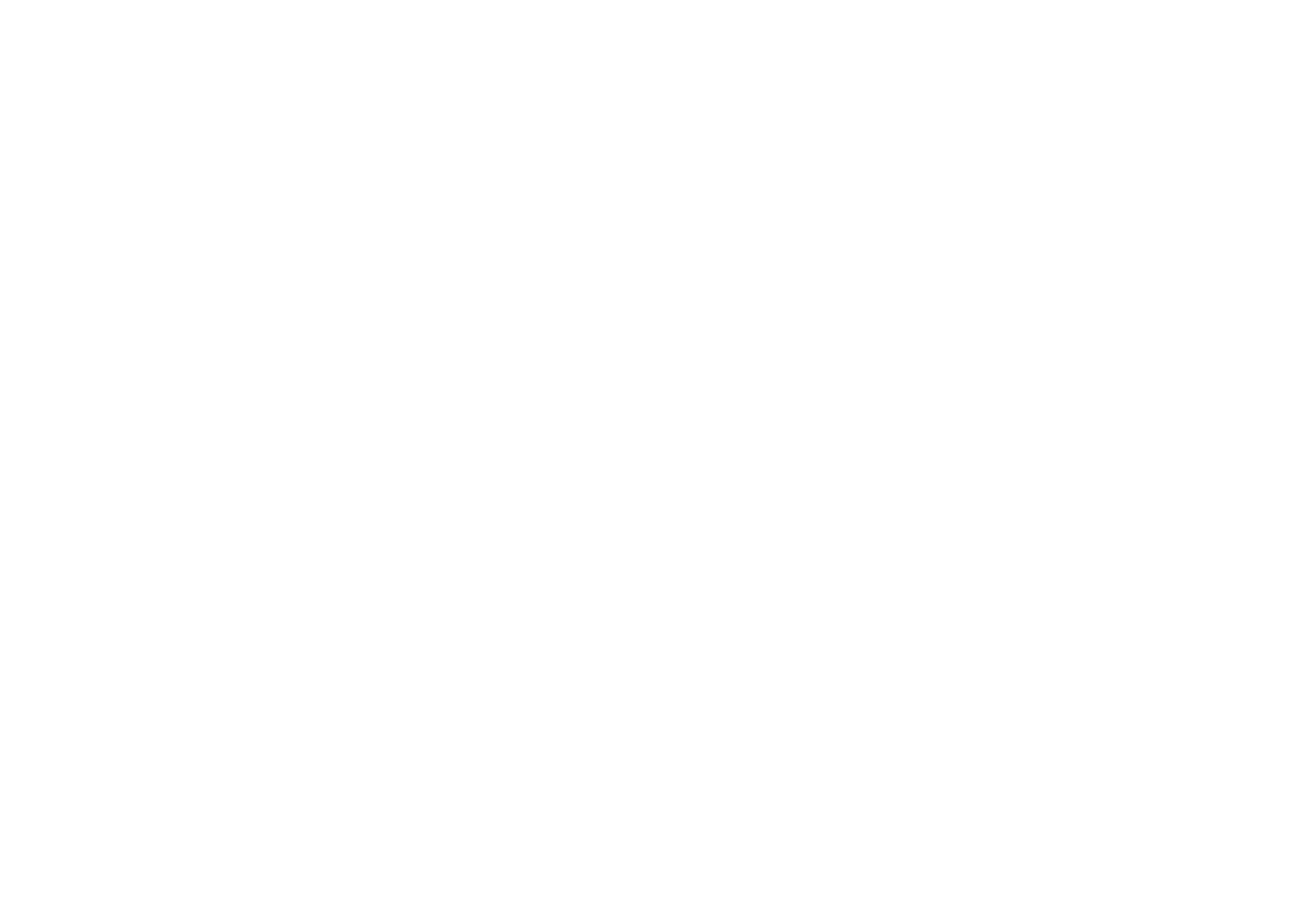 Sixty-percent of children experience trauma before the age of 16 years, according to a recent statewide survey.1 This study, which followed 1500 children for a period of 25 years, revealed that childhood trauma is more common than we think. For the purpose of the study, “trauma” included “physical abuse, emotional abuse, sexual abuse, household mental illness, household substance use, household domestic violence, incarcerated household member, and parental separation or divorce.”1 If we apply this to our patient population, it means that over half of our patients are dealing with some form of trauma that could be affecting their health. This article will discuss the important connections between trauma, the gut microbiome, and autoimmunity.

Trauma’s Impact on the Body

Trauma in early life can increase inflammation for a lifetime. Trauma induces both an inflammatory response and a nervous system reaction that over time alter both the immune and nervous systems. A perceived threat/trauma puts us into a “fight or flight” mode, causing our adrenals to pump out adrenaline, cortisol, and noradrenaline. This accompanies a directive by the vagus nerve to the central nervous system to switch into sympathetic mode.2 Childhood trauma has been found to promote an inflammatory environment, with increases in C-reactive protein (CRP), interleukin (IL)-6, and/or TNF-α, depending on the type of trauma experienced.3 Trauma in early life also causes alterations in the hypothalamic-pituitary-adrenal (HPA) axis and the nervous system. Depending on the type of chronic stress or trauma, the HPA axis is put into a state of hypervigilance or, conversely, low adrenal output. This imbalance in adrenal function puts the person at risk for inflammation and immune dysregulation.4,5

Many of these imbalances appear to be mediated via the gastrointestinal tract. For example, the increased inflammation and immune dysregulation accompanying trauma in early life may result specifically from stress/trauma-induced disruptions in the gut microbiome.6 The inflammatory cytokine response to stress, as well as the hormones released in response to stress and negative emotions, also appear to compromise the integrity of the gut lining, thereby promoting intestinal permeability, or leaky gut.7 In turn, leaky gut can exacerbate inflammation by promoting translocation of lipopolysaccharide (LPS, or endotoxin).7 Human and animal studies have also demonstrated that a stress-induced proinflammatory environment also decreases the T-regulatory (Treg) cells.8,9 As a reminder, Treg cells help curb inflammatory responses, including autoimmune reactions, making them crucial players in preventing autoimmunity and/or slowing its progression.

New research (2020) out of Columbia University has also found that children and young adults, ages 3-18, with a history of trauma in early life had distinctly different gut microbiomes compared to those with similar digestive issues but no early-life trauma, or to individuals with neither digestive issues nor trauma.10 These changes in gut microbiota can persist for a lifetime.

All disease begins in the gut. – (Hippocrates)

Modulating the health of the gut microbiome is a familiar approach in naturopathic medicine. As naturopathic doctors, we are indoctrinated with the concept of gut health as the foundation of overall health. We are thus perfectly poised to address the effects of trauma on autoimmunity through modulation of gut health. Although we have an abundance of tools with which to treat our patients’ individual microbiome imbalances, emerging research validates our centuries-old medicine.

Recent research shows that fiber, antioxidants, and omega-3 fatty acids, along with cognitive behavioral therapy (CBT), offers promise for our autoimmune population. Resistant starches, such as those found in onions, leeks, and asparagus, are fermented into beneficial short-chain fatty acids by the bacteria in the colon. As these resistant starches are broken down, the population of Tregs increases.12,13 Effecting a decrease in Treg cells with this dietary change is a simple way to address trauma-associated autoimmunity through microbiome health.

As stated by one of the lead investigators of the Columbia University study mentioned above, “Animal studies tell us that dietary interventions and probiotics can manipulate the gut microbiome and ameliorate the effects of adversity on the central nervous system, especially during the first years of life when the developing brain and microbiome are more plastic.”10

A recent study of preterm infants separated from their parents in the neonatal intensive care unit (NICU) found that the stress/trauma of separation and medical procedures had already produced changes in the composition of the infants’ gut microbiomes.15 These microbiome alterations were reproduced in an animal study in which rats were separated from their mothers.16 In the same study, the investigators found that omega-3 fatty acids reversed the microbiome derangement. Meanwhile, a study out of Japan found that omega-3 fatty acids helped prevent the emotional trauma that can follow acute coronary syndrome.17 Supplementation with omega-3 fatty acids led to lower heart rates when patients later recounted their trauma.

Antioxidants have also been found to counter the effects of trauma. A recent study found that veterans with PTSD who were prescribed 2400 mg/day of N-acetylcysteine (NAC) along with CBT reported better symptom management compared to the control group.18

Of course, addressing trauma through approaches such as biofeedback, somatic experiencing, TRE® (Tension & Trauma Releasing Exercises), and CBT can also ameliorate symptoms of trauma through a shift in the nervous system to one that is more parasympathetic-dominant. Such measures can also help support gut health, as illustrated in a 2014 study on major depression disorder showing that following CBT, inflammatory markers associated with intestinal permeability were significantly decreased.19 CBT can positive impact depression by teaching people to recognize the thoughts and emotions that influence behavior and how to gain control over them.20

As naturopathic doctors, we have a unique knowledge and skill-set that enables us to treat trauma and autoimmunity at the same time, especially by addressing the gut microbiome. Combining treatments that address trauma through the nervous system and the gut microbiome, such as resistant starches, omega-3 fatty acids, antioxidants, and psychological methods such as CBT or biofeedback, represents a novel approach that we have readily available in our toolbox and which can bring immense benefit to our autoimmune patients.

Catherine Clinton, ND, is a licensed naturopathic physician with a focus on gut health, autoimmunity, and psychoneuroimmunology. Author, speaker, and pediatric health advocate, Dr Clinton practices in Eugene, OR. While in medical school, Catherine was diagnosed with and healed from an autoimmune disease affecting the GI tract, leaving her with a passion for preventing autoimmunity in children everywhere. Catherine addresses the psychoneuroimmune system and gut health of children through a deeper connection with the world around us. She has written for multiple publications, including peer-reviewed medical journals. Follow her on Facebook at https://www.facebook.com/dr.catherineclintonnd or on Instagram: @dr.catherineclinton. Her blog is: www.wellfuture.com/blog 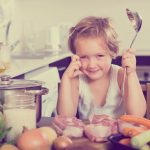 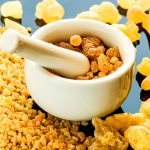