Lactoferrin – A Balanced Prebiotic in the Treatment of Dysbiosis

My career-long passion has centered on digestive health, and my favorite new topic in the area of digestion is lactoferrin.

We all understand the importance of assisting patients in developing and maintaining healthy levels of probiotics in the digestive tract. Supplementation with human probiotic strains that are able to survive exposure to stomach acid as they make their way to the intestines where they belong is our collective starting point. But what else can we do?

Instinctively we would not only provide the oral supplementation of probiotics, but as NDs we would also want to enhance the environment in which these probiotics are meant to thrive. One of the more direct avenues of support would be to include targeted nutrients to the probiotics, so that they might “live well and prosper.” This form of support is known as a prebiotic (Novak and Katz, 2006). None of this is new to us.

Historically the prebiotic that got most of the press in our profession has been fructooligosacharrides (FOS). FOS is a wonderful “food of choice” for probiotics. In the presence of FOS the patient and clinician can expect to see an exponential level of intestinal population of the quality forms of probiotics administered (Delzenne et al., 2005; Watzl et al., 2005; Guarner, 2005).

However, other organisms feed off of FOS as well. Klebsiellae and other potentially pathogenic organisms, if present in the bowel, may take advantage of this level of support and perpetuate a scenario of dysbiosis (Guarner, 2005).

Lactoferrin may be the alternative and a solution to the so-close and yet so-far-away challenges associated with the use of FOS. Why? Because lactoferrin supports the growth of the beneficial bacteria while at the same time inhibits a broad range of pathogenic bacteria (S. aureus, Listeria, H. pylori, pathogenic E. coli) and viruses (Rotavirus, respiratory syncytial virus, herpes virus and the hepatitis viruses; Fleming, 2001; Johansson, 1960; Kijlstra, 1990; Ward et al., 2005).

Lactoferrin is found in the colostrum component of human milk, and accordingly contributes to the immune benefits commonly associated with a newborn’s ingestion of colostrum during their early stages of breast feeding (Fleming, 2001; Johansson, 1960). It is also one of the constituents of whey protein. A high-quality form of whey protein is well known for its immune supportive effects that exceed those of plant-source proteins. Certainly the presence of lactoferrin may contribute to this phenomenon, as well.

How does lactoferrin provide inhibition of pathogenic organisms? First, lactoferrin strongly binds the iron that some pathogens require for growth, thereby depriving them of their iron source. Lactoferrin has also been shown to signal the immune system to mount a defense; it regulates the migration and maturation of key immune cell defenders, such as T cells, into the area of infection (Legrand et al., 2005). Lactoferrin also inhibits the pathogen’s ability to bind to the intestinal wall, as it is able to bind directly to the organisms (Beeckman, 2007; Stenfors et al., 2001). Your first thought, and rightly so, is “what about iron deficiency anemia?”

Lactoferrin does not interfere with the body’s ability to use iron in support of healthy hemodynamics. In fact, patients suffering from iron deficiency anemia actually do better when supported with lactoferrin than when avoiding it. Further, infant formula manufacturers have figured this out and have added it to their iron-based formulas accordingly. Although the mechanism is not well understood, it is believed that lactoferrin enhances the absorption and utilization of iron across the intestinal membrane (Ward and Conneely, 2004; Paesano et al., 2008). Therefore, one of the most exciting updates to the digestive work that I love to do is to combine the use of high-quality human strains of probiotics with lactoferrin. After all, what is more “tolle causam” than ensuring digestive health?

Lactoferrin, like probiotics, is sensitive to the lower pH acidic environment in the stomach. Nutritional supplements must pass through the stomach in order to get to the intestines where they can be utilized (Lonnerdal and Iyer, 1995; Takeuchi et al., 2006). Therefore, I have found that properly protected forms of probiotics and lactoferrin can be administered in much lower doses with better clinical results. This appeals to my naturopathic priority of “less invasive” whenever possible. For example, a mere 15mg dose of lactoferrin in a form that provides protection from stomach acid is equivalent to a whopping 350mg in an unprotected form. Less really is more! As for the probiotics in lower doses, I have been using digestive stool analysis to analyze the clinical effect of the administration of 6 billion organisms in divided doses per day (seemingly a very low dose) in a form that is protected from exposure to stomach acid. I have found that this lower dose in the protected form performs as well as or better than the much higher doses in the unprotected forms that I used to use. Either way, I am getting the clinical job done for my patients, but I enjoy using less to achieve more. 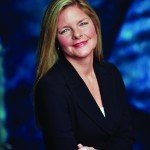 Carrie Louise Daenell, ND is a licensed naturopathic physician. Previously the managing editor of the Journal of Naturopathic Medicine, she speaks locally and internationally and writes locally and nationally for physicians and consumer audiences on the topic of natural health. She is a past president of the CANP and has served on the board of directors for the AANP. She is a guest professor in gynecology at SCNM and in rheumatology at Bastyr University. She created the “Carrie Louise Daenell, ND Advanced Gynecology Scholarship” at SCNM. Recently Dr. Daenell  co-authored the book Better Breast Health for Life and currently practices as a wellness consultant in the Cherry Creek area of Denver. Areas of specialty include: menopausal, hormonal, digestive, chronic fatigue, allergy, hepatitis, cholesterol, arthritis and immune challenges.

Venturi A et al: Impact on the composition of the faecal flora by a new probiotic preparation: preliminary data on maintenance treatment of patients with ulcerative colitis, Aliment Pharmacol Ther Aug;13(8):1103-8, 1999.

Saavedra JM et al: Feeding of Bifidobacterium bifidum and Streptococcus thermophilus to infants in hospital for prevention of diarrhoea and shedding of rotavirus, Lancet Oct 15;344(8929):1046-9, 1994. 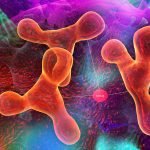 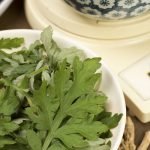