The Far-Reaching Benefits of Colonic Hydrotherapy

In writing this article for NDNR, my main objective is to give reliable and helpful information about the greatly underutilized and often misunderstood treatment for colonic hydrotherapy. Colonic hydrotherapy has its roots in ancient therapies that pre-date most of our naturopathic modalities. Cultures across the globe have used enemas to cleanse and heal the body throughout history. The ancient Sumerians and Egyptians first used enemas to cleanse their systems regularly, as detailed in the Ebers papyrus, a 14th-century document detailing their medical practices. The enema was also prescribed by Avicenna, the great Arabic philosopher and physician, in his “Canon of Medicine.” References to the use of the clyster are found in Europe dating from the late 1300s until the early 1900s. During the Nature Cure movement of the early 1900s, many forms of hydrotherapy were introduced to the United States. Advocates of the enema, such as Kellogg, Dierker and Vattenborg, began to experiment with more sophisticated and safer ways to cleanse the colon. Out of this experimentation came the modern-day colonic hydrotherapy unit.

Many of the early machines were gravity-fed systems, some with graduated glass cylinders that allowed the practitioner to mix a formulated solution to introduce into the colon. Currently, most colonic equipment is one of two basic styles: open system or closed system. At National College, we use a closed-style system manufactured by Dotolo Research Corp. in Florida. This equipment uses disposable speculums and tubing, which eliminates the possibility of cross-contamination between patients. The water temperature and pressure is easily adjustable to attain various hydrotherapeutic goals.

As little current research is being done on colonic hydrotherapy, perhaps we can learn more about this modality from those who have used colon cleansing for centuries. Ayurvedic medicine, which has been practiced in India for about 5,000 years, continues to use basti, or enemas, as an important part of Panchakarma – a system used to cleanse and heal the body. Basti are used to balance vata (wind element) in the body. Vata is believed to be at the root of all chronic diseases, and by pacifying vata one can control or eliminate chronic disease. “If vata is well controlled through the use of basti, then the root cause of the vast majority of diseases has been addressed,” says Dr. Vasant Lad (1998). According to Lad, enemas are used not only for the treatment of constipation and the common cold, but for many difficult-to-treat disorders, such as chronic low back pain, sciatica, rheumatism, arthritis and gout.

Constipation is a condition of vata imbalance and can be ameliorated by using treatments that pacify vata. The Ayurvedic herbal combination triphala not only helps to balance vata, but also supports the overall functioning of the colon without creating dependency. Add 1/2 to 1 teaspoon of the powdered herb to 1 cup boiling water and steep for five minutes. Drinking a cup of this at bedtime will encourage the bowels to move in the morning. Certain fruits, such as ripe bananas, prunes, figs soaked in warm water or pineapple juice, can help to relieve constipation. Of course, eating plenty of fiber and drinking adequate water, as well as getting daily exercise, are also important in relieving chronic constipation. If the constipation is more severe, the patient can give him or herself an herbal enema at home using ½ cup warm sesame oil mixed with 1 pint of dashamoola or triphala tea (cool to body temperature before using) to evacuate the bowels and treat the vata imbalance. As with any condition, it is important to treat the underlying cause so the patient doesn’t become dependent on laxatives or enemas.

Colonic hydrotherapy is similar to the enema in that it uses water to cleanse the colon. However, colonic equipment has several advantages over the simple enema bag. The colonic allows for a greater volume of water to be used, thereby increasing the amount of material cleansed from the colon during a single treatment. In general, enemas reach only the lower portion of the large intestine, leaving fecal material higher up in the colon. As the cecum is often the focal site of dysbiosis or parasitic infection, it is important to reach the cecum to evacuate that area as well. Using a closed system allows sufficient water to enter the colon to reach the cecum and attain what is known as a ‘cecum flush.’

Water temperature can be adjusted during the colonic treatment to either relax or tonify. The colonic technician should also employ manual massage to the abdomen between fill cycles to increase peristalsis and aid in the evacuation of hardened stool.

I encourage patients who have not had colonics previously to seek a trained physician or colonic technician. Some colonic systems allow the patient to control the water flow once the speculum has been inserted. In the hands of an inexperienced operator, it is possible to over-fill the colon with water, carrying bacteria-laden water into the small intestine. I feel it is essential to have someone trained in the modality of colonic hydrotherapy administering the treatments for patient safety. Most states are unregulated with respect to colon hydrotherapy. The International Association for Colon Hydrotherapy certifies colonic technicians and has a referral page on its Web site (www.i-act.org). Several schools now offer certification programs, as well. Be sure the equipment being used is FDA registered and utilizes disposable speculums and tubing, or that the technician sterilizes the speculums prior to use.

As the gut is the largest repository of bacteria in the human body, the overgrowth of pathogenic bacteria and yeasts in the colon can overwhelm the body’s normal healthy flora. Translocation of gut bacteria results in pathogenic bacteria reaching vital organs. According to Catanzaro and Green (1997), “Microbial translocation is defined as the passage of viable microbes from the GI tract to extraintestinal sites, such as the mesenteric lymph nodes (MLN), spleen, liver, kidneys and blood.” In addition, pathogenic bacteria create chemicals toxic to the body’s cells. Certain toxins, such as nitroreductase and azoreductase, increase the risk of colon cancer. Other chemicals are absorbed from the colon into the lymph and blood stream and are carried to other parts of the body, where they affect distant organs: ammonia and phenols are toxic to brain cells; indole is associated with bladder tumors; skatole damages RBCs and the hemoglobin molecule; hydrogen sulphide can increase gut permeability; and histamine is associated with hypotension, arrhythmia, headaches and depression. Pathogenic bacteria are also associated with various disease states. Most of us are familiar with the wide variety of symptoms caused by the overgrowth of Candida yeast in the gut, ranging from chronic fatigue to multiple chemical sensitivities. Ulcerative colitis may result from Clostridium difficile in the gut, and the overgrowth of E. coli has been associated with diabetes mellitus, meningitis and myasthenia gravis. Rheumatoid arthritis and ankylosing spondylitis have been connected with the presence of certain bacteria, such as Yersinia, Klebsiella, Shigella and Salmonella. It’s interesting that, historically, rheumatoid arthritis has responded well to colonic hydrotherapy treatments.

Healthy microflora have a variety of functions important to the body, such as producing vitamins B12 and K, and producing short-chain fatty acids, which are a vital energy source for the intestines’ cells. Beneficial microflora act to degrade bacterial toxins, polycyclic aromatic hydrocarbons and certain forms of mercury. They prevent colonization of pathogenic bacteria via formation of short-chain fatty acids and natural antibiotics. Healthy flora stimulate normal immune system maturation, and they also help prevent colon cancer by lowering certain cancer-causing enzymes. As colonic hydrotherapy can rinse out good bacteria with the bad, it is important to replace healthy flora with a probiotic supplement afterward. I prefer using a supplement with high numbers of beneficial flora to ensure adequate repopulation of the gut.

Colonics are a beneficial part of the overall treatment plan for many patients. Patients with GI problems such as chronic constipation, irritable bowel syndrome, Candidiasis or spastic colon all respond well to a series of treatments. Any disease, including cancer, in which a toxic system plays a role will benefit from detoxifying the bowel. Greater numbers of patients are being referred for colonic hydrotherapy as a part their heavy metal chelation programs. In the Textbook of Natural Medicine (Pizzorno and Murray, 2006), Dr. Walter Crinnion wrote a chapter on environmental medicine. In it, he details his “depuration protocol” for detoxifying patients, in which he includes colonic hydrotherapy. Crinnion has taught environmental medicine at NCNM and has spoken many times about the importance of including colonics in an overall detoxification program. Patients benefit most from a series of treatments, usually one week apart. If more aggressive detoxification is needed initially, the patient may improve more rapidly with two colonics per week for a couple of weeks. Spacing the treatments at week intervals allows the body’s natural elimination to continue without risk of dependency. Colonic treatments are not in themselves a cure-all, and should be used as an overall part of a patient’s treatment plan. I hope this article has answered some questions and will encourage more doctors to utilize this important naturopathic modality. 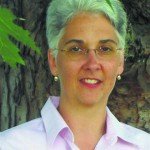 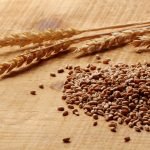 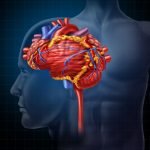