When Pain Is Not Only Pain: Recognizing and Treating Anxiety in Children

A week later during his initial consult, Hector, a 13-year-old boy, fidgets in his chair as he avoids eye contact with me. He talks about getting terrible headaches almost every day at school. He hardly sleeps the night before tests, worrying about how he’ll perform. He asks about how he can get rid of the headaches and to improve his concentration for studying.In my office, Bianca, an 8-year-old girl, holds her stomach as she describes how her belly is being “stabbed with knives.” She is crying as her mother tries to explain all of the diagnostic testing that Bianca has undergone. The doctors have found nothing wrong with Bianca, but she still complains of this stomach pain. Both Bianca and her mother wonder whether the pain will ever go away.

Both children present quite differently in my practice, yet have the same underlying concern, that being anxiety. In the pediatric population, anxiety is a common phenomenon. It is estimated that between 6% and 20% of children in North America experience clinically significant anxiety.1 Anxiety often presents differently in children than in adults. Instead of the typical worrying, physical restlessness, palpitations, and sweating with which anxious adults present, children tend to somaticize their worries into stomach pain, musculoskeletal discomfort, and headaches.2 In naturopathic practice, then, it is important to include anxiety in the differential diagnosis when children have any of these health complaints. Another confounding factor in recognizing pediatric anxiety disorders is that fears are a normal part of child development.3 As such, it is important for the practitioner to differentiate between typical developmental worries and clinically significant anxiety.

Long-Term Significance of Anxiety in Children

In the case of Bianca, after running a series of diagnostic tests, her medical doctors told her mother that the stomach pain was in her head. While this conclusion may be technically correct, it is nevertheless important to treat anxiety proactively in children. Indeed, epidemiological research indicates that pediatric anxiety disorders are correlated with mental health conditions later on in life, particularly major depressive disorder, obsessive-compulsive disorder, bipolar disorder and, of course, persistent anxiety disorders.4

Recent research has revealed intriguing links between anxiety in childhood and various environmental influences. There are well-established connections between pediatric anxiety and factors such as prenatal maternal anxiety, presence of parental anxiety disorders, and children learning avoidant coping styles in their environment.5 Chemical and toxin exposures may also be related to anxiety. Two studies have demonstrated that children with the highest urinary levels of bisphenol A (BPA) had a significantly higher incidence of anxiety.6,7 Another small study involving Inuit children measured lead, mercury, and polychlorinated biphenyls (PCBs) in cord blood and in the participants’ blood at age 5.8 Anxiety and other behavioral problems in these children were correlated with elevated levels of lead and PCBs, but not mercury.8 As researchers further examine the impact of environmental contaminants on human health, even more detail on the etiology of pediatric anxiety may be elucidated.

Nutritional deficiencies may be involved in the development of anxiety disorders in children. Another small study, this one involving rural elementary schoolchildren in China, showed that supplementation with a multimineral supplement containing 5 mg of ferrous sulfate not only reduced the incidence of anemia, but significantly lowered anxiety symptoms in the children.9 Another long-term, population-based study found that supplementing infants with iron was correlated with more cooperative, confident, and adaptive behavior in the children by age 10.10 Iron supplementation, though, did not appear to prevent the onset of anxiety in this cohort. Assessing nutritional status, especially iron stores, is part of an appropriate work-up for children with anxiety.

In addition, hypoglycemia can mimic the symptoms of anxiety.3 For these pediatric patients, in particular, their intake of simple carbohydrates must be considered. Even though there is a lack of research examining the potential connection between food sensitivities and anxiety, a relationship is often observed clinically. Food sensitivity testing, then, may be useful.

In developing treatment protocols for children with anxiety, there is a paucity of research directly related to the pediatric population. So, many of the recommendations are based on evidence-based medicine involving adult subjects as well as clinical experience.

Even though the evidence in support of using omega-3 fatty acids to treat anxiety is equivocal, they remain a foundation of the treatment protocol. Supplementation with EPA and DHA has multiple uses in children’s health, including neurological and psychiatric conditions. Dosing in these cases can be high, up to 3 g per day.11 Magnesium is another important nutrient used in treating anxiety, including the pediatric population.12 Since the bis-glycinate form of magnesium is readily absorbed, it is most often used for anxiety, in doses from 200 mg per day. Powdered forms of magnesium, of course, are more easily administered to children. Although MTHFR polymorphisms and the status of folate and vitamin B12 have been shown to be more related to depression risk, in my clinical experience, the administration of methylcobalamin in children with anxiety has produced positive results.13

Botanical medicine has a long history of use in calming anxiety in children. Passiflora incarnata, Avena sativa, Nepeta cataria, Matricaria recutita, and Lavendula angustifolia are the most commonly used herbs for this purpose.14 A recent multicenter, prospective, observational study confirmed a positive impact of a botanical combination of Passiflora, Valeriana officinalis, and Hypericum perforatum in a group of anxious children aged 6 to 12 years.15 Botanicals can be delivered in a number of different ways, including infusions, capsules, glycerites, topicals, and inhalants. Interestingly, a small randomized controlled clinical trial found that inhalation of orange essential oil reduced salivary cortisol levels and heart rates in children with dental anxiety.16

Even with the lack of research examining the efficacy of homeopathic medicine in treating anxiety in children, it is a clinically effective choice. Constitutional treatment provides the appropriate individualized approach for treating anxious children. Both of the children described in the introduction were prescribed substantially different remedies. Upon deeper examination, Bianca’s symptoms appeared to be related to the sudden death of her beloved grandmother. She responded beautifully to a few doses of Ignatia 200C. For Hector, he described feeling flushes of heat and urges toward impulsive behavior with his anxiety. A dose of Argentum nitricum 1M substantially improved his performance anxiety.

Lifestyle modifications including physical exercise can improve anxiety in children. In a survey of urban Chinese adolescents, screen time greater than 2 hours per day was associated with a higher incidence of anxiety.17 In this study, vigorous exercise was correlated with a reduction in depressive symptoms but not anxiety per se. A recent review of exercise research, though, did find a positive relationship between aerobic exercise, yoga, and reduction of anxiety symptoms in children.18

Finally, mind-body medicine and cognitive behavioral therapy (CBT) represent promising approaches to treating pediatric anxiety. A small controlled trial involving 40 children found that 80% of the treated children responded positively to a CBT program, as compared to none of the children in the waiting-list control group.19 Even more impressive, this effect persisted at the final 3-month follow-up. In naturopathic practice, simple mind-body exercises can be implemented with positive effect. Teaching children how to do diaphragmatic/belly breathing, doing yoga asanas such as child’s pose, and using Thought Records in older children are all effective methods.20,21 With a younger child such as Bianca, diaphragmatic breathing along with using a “snow globe” technique can work well. In the snow globe technique, the child shakes the globe vigorously as she recalls an anxious moment.18 As the snow particles settle in the globe, the child can focus on calming their own thoughts. Hector, on the other hand, responded well to journaling about his anxiety episodes and discovering the patterns in his negative thinking. By doing so, he was able to identify distorted thoughts and create more balanced, and less anxiety-provoking, cognitions.

Pediatric anxiety is a relatively common health concern that can be challenging to recognize and diagnose. For any child presenting with idiopathic pain symptoms, especially headaches, abdominal pain, and muscle aches, anxiety needs to be included in the differential diagnosis. Of course, during the course of typical development, children will have fears and worries. The key is to differentiate age-appropriate worry from clinically significant anxiety. As naturopathic doctors, we have a range of effective treatments to reduce anxiety and teach children techniques to manage their moods and emotions in a positive way. A combination of any of the approaches discussed in this article will likely help the anxious young patients in your practice enjoy the natural ups and downs of childhood.

Caroline Meyer, ND, is a licensed naturopath in Ontario, Canada. She serves as academic and clinical faculty at the Canadian College of Naturopathic Medicine, where she supervises one of the pediatrics focus shifts at the Robert Schad Naturopathic Clinic. Caroline is Clinic Director at Alchemy Integrative Medicine in Toronto, Canada, where she has a clinical focus on mental health, addictions, and pediatrics. She writes and teaches extensively throughout North America. 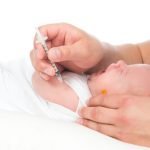 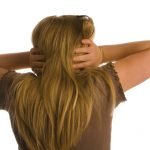