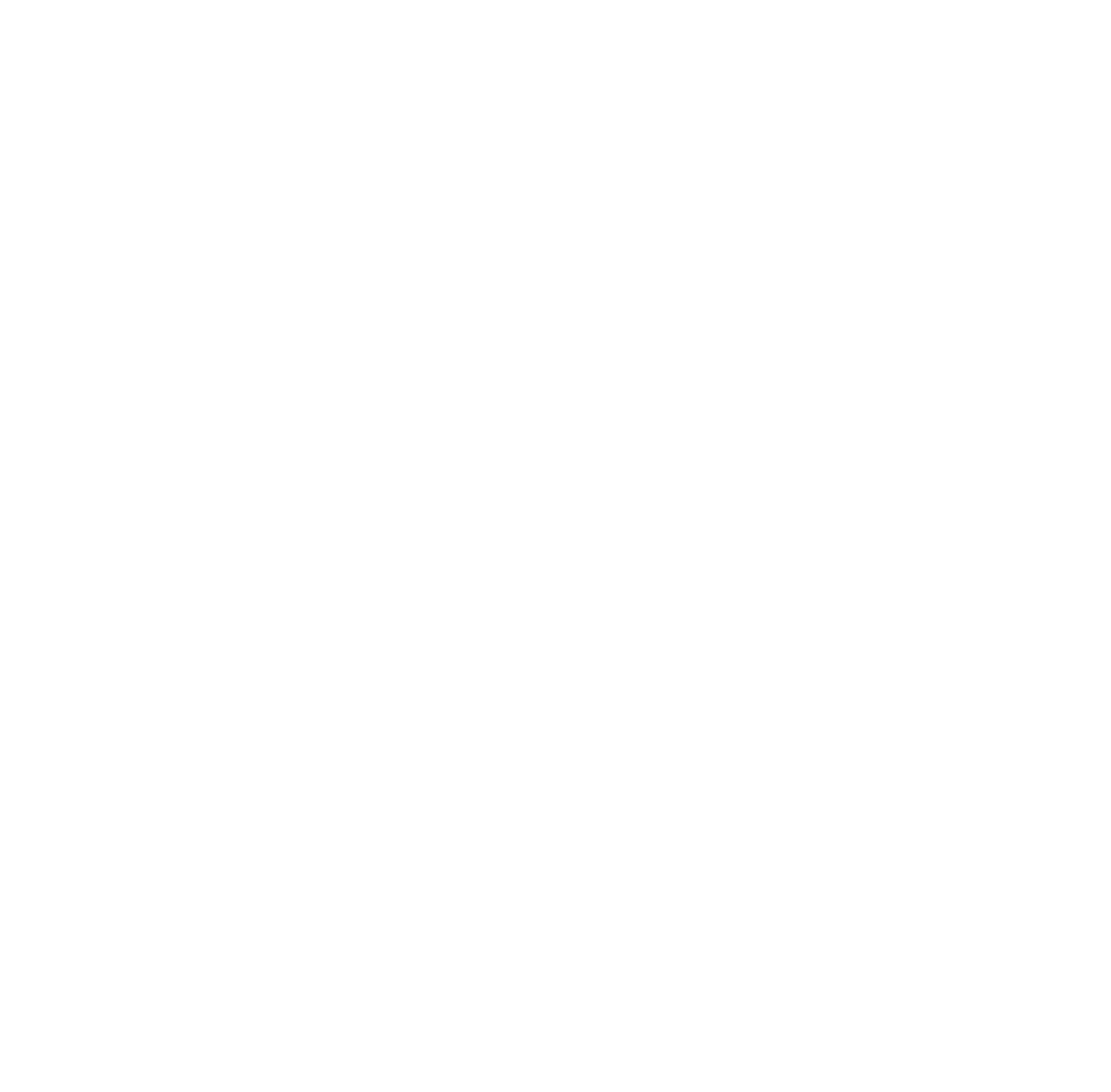 By numerous accounts, a large percentage of the US population is using antidepressant and anxiolytic medications. This may say a lot about the condition of the human heart and soul. A 2005 survey1 done by Kaiser Permanente reported that the use of antidepressants by youth, mostly selective serotonin reuptake inhibitors, doubled in the decade between 1994 and 2003. There is growing concern and controversy regarding the use of such medications in children, with many physicians pointing out that the potential adverse effects have not been firmly established. There is obviously an enormous need for safe, nourishing, and tonifying ways to soothe and strengthen the psyche. This article aims to remind readers of valuable herbal therapies to treat anxiety and depression.

Hypericum is the most well-known and well-researched herb and is indeed effective for both anxiety and depression, in my clinical experience. Most readers will be aware that Hypericum has been shown to increase levels of dopamine, serotonin, and noradrenaline in the synapses.2 Research suggests that Hypericum has multiple mechanisms of affecting these catecholamines, including effects on the monoamine oxidase enzymes in a manner that increases the turnover of serotonin and dopamine, inhibitory effects on the reuptake of neurotransmitters in the synapses, and overall stimulatory effects promoting dopaminergic transmission over other neurotransmission.3

Hypericum is also well noted to promote cytochrome enzymes and P-glycoprotein transporters in the liver and intestines4,5 and blood-brain barrier,6 thereby theoretically affecting drug metabolism. These enzyme systems and transporter proteins can be both promoted and inhibited by various herbs and their compounds. While there are numerous published articles hypothesizing the details of potential drug interactions between Hypericum and pharmaceuticals, I have not seen any adverse interactions with my own patients, though I would avoid using Hypericum for anyone managed on a drug with a narrow therapeutic window such as warfarin sodium and antiarrhythmics. I have often pondered whether an overlooked antidepressant mechanism of Hypericum is assisting the liver in removing a myriad of substances from the body. When you search the published literature, it is hard to find actual cases of Hypericum and drug failure or serious complications. There is a published case of a patient with schizophrenia who worsened after adding Hypericum, and (as stated below) herbs are rather unpredictable in psychoses; this case may be a poor response to the herb itself rather than a drug interaction.7 There are, however, studies suggesting that Hypericum increased the toxicity of various toxins or drugs in rats8 and increased the excretion of some drugs dramatically.9 The most commonly stated potential concerns are regarding the use of Hypericum with birth control pills, cardiovascular antiarrhythmics, and immunosuppressive drugs.10,11

Adaptogens are practically a “must have” ingredient in formulas for both ends of the mood spectrum, from lethargic, dark melancholy to manic anxious insomnia. I choose Panax, Rhodiola, Bacopa, Eleutherococcus, or Glycyrrhiza, among other adaptogens, and include them in herbal formulas for mood disorders. These versatile adaptogenic herbs are so widely used, researched, and discussed by NDs that I will not go into the research here, assuming this is common knowledge.

If in Doubt, Treat the Liver—Alteratives for Depression and Anxiety

I also think that depression and anxiety can be a state of toxicity of the body that has leaked in to contaminate the mind. The spiritual and healing traditions that I have been studying in the Andes and Amazon for some years now emphasize purification by diet, herb, ceremony, and smoke and make offerings to the earth in order to rid ourselves of heavy energy to achieve both mental and physical health. Liver herbs and alteratives can be very valuable supportive herbs in formulas for anxiety and depression to help the liver to “smooth the qi.” Curcuma is an excellent liver remedy, and while not commonly regarded to have nervine properties, recent investigations report the bright yellow flavonoid curcumin as increasing dopamine and serotonin levels in the brain.12 Schizandra is another plant whose spicy fruits are dried and used as a traditional liver medicine in China. Schizandra is reported to reduce stress-related elevations in cortisol and neurotransmitter levels in animal investigations, and researchers suggested a reduction in hypothalamic-pituitary-adrenal axis activation.13 Thus, these liver herbs may be especially chosen, but any and all alteratives might be used as complementary herbs in formulas for emotional disturbance. When a patient has concomitant digestive difficulty, skin lesions, and a coated tongue, such alteratives might be featured more prominently in formulas, with the main antidepressant or antianxiety formula complemented with a separate alterative tea or lipotropic type of encapsulation.

Herbs in Bipolar and Schizophrenic Disorders

I have learned from personal experience that some of the most powerful herbal anxiolytics, kava (Piper methysticum) and valerian (Valeriana officinalis and stichensis), can promote depression in some patients who are prone to biochemical depression and those with manic-depressive disorder, even if they do help insomnia and anxiety for a time. For patients with bipolar disorder, it is best to choose the more subtle tonifying nervines such as Matricaria, Avena, and Tilia. Herbs may also affect patients with schizophrenia and other psychoses in unpredictable ways due to the abnormal brain chemistry. It is best to use only a single herb at a time and to make your formulas increasingly complex over time once it has been determined that a patient tolerates and responds well to an herb. Drop dosages of herbs and homeopathics are sometimes a more suitable initial approach for patients with psychoses.

Neuroendocrine Herbs in the Treatment of Anxiety and Depression

Another category of herbs that I find helpful in herbal formulas for anxiety and depression are the reproductive hormone–balancing herbs. Of course, stabilizing reproductive hormones can improve emotional challenges occurring with premenstrual syndrome, menopause, and other emotional symptoms related to hormone fluctuations, but some of the primary reproductive herbs used in the United States, Vitex agnus-castus and Actaea (Cimicifuga) racemosa, have been shown to affect brain neurotransmitters. In fact, because dopamine acts as a regulator of the pituitary hormones follicle-stimulating hormone and FH, these herbs exert an influence on the reproductive system via neuroendocrine effects rather than any significant agonist effects at hormone receptors, as is the case with soy isoflavones and similar legume herbs such as Medicago, Glycyrrhiza, or Pueraria.14 Dopamine may also lower pituitary luteinizing hormone and thereby reduce testosterone production15 and is the proposed mechanism whereby Vitex may reduce anger and irritability, teenage acne, and traditionally the sexual frustrations of monks, earning the plant the common name of chaste tree berry. A flavonoid glycoside from Vitex agnus-castus, vitexin, has been shown to increase catecholamine levels in the synaptic cleft, as well as to interact more directly with serotonin, noradrenaline, and dopaminergic receptors,16 particularly dopamine D2 receptor activity.17 Vitex also appears to act as an agonist of mu-opiate receptors.18

Traditional literature emphasizes Actaea for mood disorders characterized by agitation and even panic, especially when accompanied by muscle tension and tension headaches. I have found Actaea to be a very helpful herb for fibromyalgia, in addition to menopausal and hormonal imbalances. Compounds in Actaea have been shown to competitively bind to dopamine D2 and various serotonin receptors. There are a number of clinical trials involving the effect of Actaea and Cimicifuga on female reproductive and menopausal symptoms.19

Actaea has been reported to have dopaminergic and serotonergic activities in animal and tissue models.20 The most strongly serotonergic compounds in the plant include cimicifugic acids (A, B, and F), fukinolic acid, ferulic acid, isoferulic acid, and guanidine alkaloids cimipronidine21 and dopargine, which are molecularly close to dopamine itself.22 Vitex and Actaea need not be reserved for women only because of their popular use for “female complaints,” as they most certainly can be used for depression and anxiety states in men.

There are some 250 species in the Nepeta genus, a member of the Lamiaceae family noted for its many nourishing and nontoxic plants. So safe in fact is Nepeta cataria (catnip) that it is a long-standing remedy for irritability and restless sleep in babies and toddlers. Nepeta is most well known for its profound effects on the nervous systems of cats, but it affects the nervous systems of humans as well, albeit in gentler ways. Maude Greive23 in her classic A Modern Herbal speaks of Nepeta under the heading of “Catnep” and reports that the fresh juice is more effective than the tea for nervous headaches, restlessness, colic, anxiety, hysteria, and sleep disturbances, including nightmares.

Despite Nepeta being a household staple at one time, there has been very little research on the plant. A terpene named nepetalactone is found in the volatile oil fraction of the plant and is known to act as an attractant to cats. The lascivious behavior displayed by some cats under the influence of catnip may be due to the fact that sexual responses involve dopamine, the pleasure neurotransmitter, and Nepeta promotes dopamine.24 Like Valeriana, Nepeta contains iridoid glycosides, which likely contribute to the anxiolytic and sedative effects,25 and several mouse studies report increased sleep26,27 and antianxiety effects.28 The iridoid glycosides in valerian are thought be calming via gamma-aminobutyric acid effects. Although the scientific research on Nepeta is very scant, the traditional literature is robust, and clinical herbalists report general efficacy as a nervine. The flavor of Nepeta is bland enough to use as a tea for young children or, as Mrs Greive suggests, as fresh juice if you care to make this yourself. 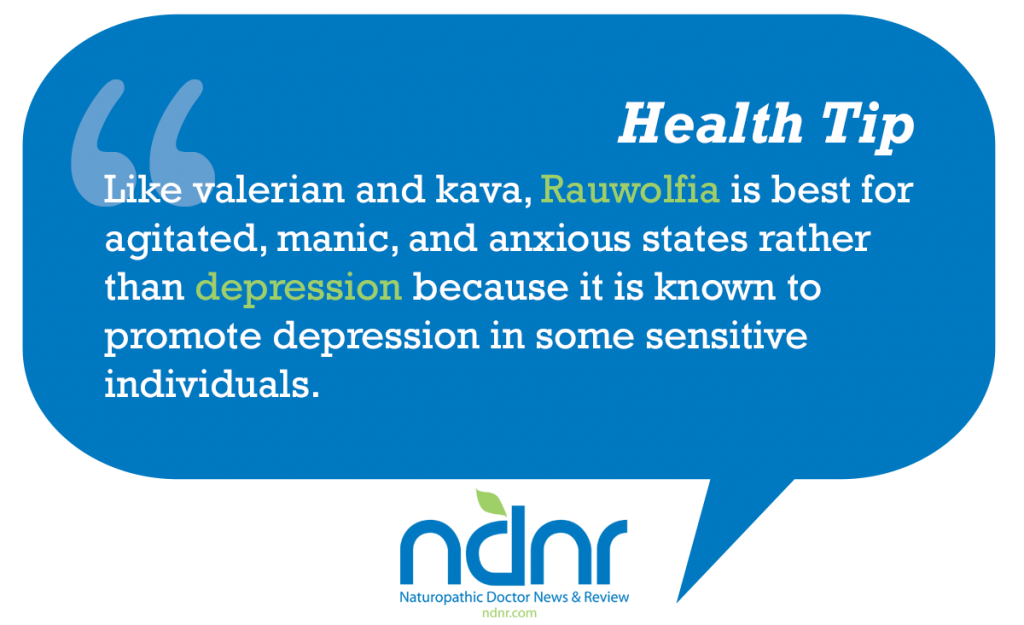 Last, Rauwolfia deserves a mention as an extremely useful plant for anxiety states and even psychotic agitation. Rauwolfia serpentina is native to the tropical forests of India, Ceylon, Burma, and Malaysia, where it has been a traditional remedy for snakebites, hence the common name of Indian snake root. Other traditional uses in India include using the root for abdominal pain and colic in children, skeletal muscle pain and tension, insomnia, and even insanity and psychological disturbances. It is known that Gandhi regularly drank Rauwolfia tea as a calmative agent.

Rauwolfia was introduced into the European herbal armamentarium as early as 300 years ago as an anxiolytic agent. Rauwolfia contains numerous powerful alkaloids, including reserpine, one of the first drugs introduced into neuropharmacology in the 1930s. Research into its mechanisms of action ushered in the era of neuropharmacology as reserpine’s effects on dopamine and neurotransmitters were explored.

Like valerian and kava, Rauwolfia is best for agitated, manic, and anxious states rather than depression because it is known to promote depression in some sensitive individuals. Animal studies have shown that very small amounts of reserpine will trigger the release of serotonin,29 yet reserpine is noted to deplete dopamine and serotonin stores with long-term use.30,31 While a small reduction in these catecholamines is very useful for those with acute anxiety and panic disorder, some susceptible individuals may become depressed when serotonin and dopamine levels decline. Avoid using Rauwolfia in patients with lethargy, impotence, and deep dark depression. Because many psychotic conditions involve abnormal elevations in catecholamine and indolamine neurotransmitters, or abnormal metabolism of theses neurotransmitters, Rauwolfia may be a helpful therapy to reduce levels, particularly of serotonin and dopamine.32

Jillian Stansbury, ND has practiced in SW Washington for nearly 20 years, specializing in women’s health, mental health and chronic disease. She holds undergraduate degrees in medical illustration and medical assisting, and graduated with honors in both programs. Dr Stansbury also chaired the botanical medicine program at NCNM and has taught the core botanical curricula for more than 20 years. In addition, Dr Stansbury also writes and serves as a medical editor for numerous professional journals and lay publications, plus teaches natural products chemistry and herbal medicine around the country. At present she is working to set up a humanitarian service organization in Peru and studying South American ethnobotany. She is the mother of two adult children, and her hobbies include art, music, gardening, camping, international travel, and studying quantum and metaphysics. 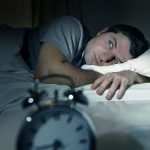 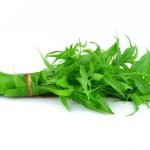