Much of what we do in naturopathic oncology is exploration. We find and follow ideas, both old and new, and ask whether they lead to something useful for our patients. This article is about a new angle to consider when working with cancer patients. It is not a tried, true or accepted model, yet I think it is one worth pursuing and wanted to share the information.

The standard cancer treatments don’t work nearly as well as anyone would like them to. Somehow these treatments wake up tumors and make them more likely to spread. One explanation being put forth for this phenomenon is an increase in the protein transforming growth factor beta 1 (TGF-ß1). Monitoring TGF-ß1 and limiting its rise during and after treatment may be of benefit to our cancer patients.

Importance of Limiting an Increase in TGF-ß1

Both chemotherapy and radiation increase the blood concentration of TGF-ß1. This protein performs desirable functions in healthy organisms such as aiding in wound healing, but increasing TGF-ß1 appears to be undesirable in cases of cancer.1 In 2003, researchers reported that in breast cancer, TGF-ß1 promotes the survival of stray breast tumor cells in the bloodstream, increasing formation of lung tumors by 1700%.2 As a result, researchers are looking for ways to block TGF-ß1 action.3

Giving mice antibodies that block TGF-ß1 from acting prevents the increase in metastatic lung tumors expected after radiation or chemotherapy. This led the authors to conclude that, “These data implicate TGF-ß induced by anticancer therapy as a prometastatic signal in tumors and thus provide a rationale for the simultaneous use of these therapies [chemotherapy and radiation] in combination with TGF-ß inhibitors.”4

Sporn, one of the long-time investigators of TGF-ß1, sums it up like this: “Ultimately, in the world of cellular physiology, TGF-ß should not be regarded as a ‘thing,’ but rather as an element of a complex biological signaling language, which is used for both intercellular and intracellular communication.”8 He goes on to say, “Like a symbol or a letter of an alphabet in a code or a language, the meaning of TGF-ß always needs to be considered in the context of all the other signals present. We have suggested that TGF-ß should be regarded as a cellular switch, and that its true function is to provide a mechanism for coupling a cell to its environment, so that the cell has the necessary plasticity to respond appropriately to changes in its environment, or even within its own state. One may summarize this concept of TGF-ß as a switch, as follows: if something in the cell is ‘off,’ TGF-ß may turn it ‘on,’ while if something in the cell is ‘on,’ TGF-ß may turn it ‘off.’”8

Someday there may be drugs designed to be taken during cancer treatment that block TGF-ß1 levels from increasing. One angle being investigated for these drugs is TGF-ß2 antisense oligonucleotides (AS-ODNs).9,10 It wouldn’t surprise me if it then gets ‘discovered’ that totally blocking all TGF-ß1 production will have negative ‘unexpected’ consequences and that the challenge will be to design drugs that only block undue increases in TGF-ß1.

In the meantime, there may be nutritional approaches to inhibiting TGF-ß1 from increasing post chemo and radiation.

This next list is derived from human clinical trials that showed positive benefit using supplements and herbal extracts during radiation therapy and that also lowered TGF-ß1.

It may be that chemotherapy and radiation treatments would be more successful at treating cancer if the increase in TGF-ß1 could be inhibited.

We should note that people born with gene polymorphisms that increase TGF-ß1 production are at greater risk of developing colon cancer.

A Look at the Research

A 2005 paper looked at 29 people receiving head and neck radiotherapy for cancer. TGF-ß1 levels were monitored and it was questioned whether these numbers were at all predictive for long-term success of treatment. Initially, the TGF-ß1 levels had no predictive value for treatment response.16 But when the authors followed the same patients for a longer period of time, a full 16 months after treatment, post-treatment TGF-ß1 levels had significant value in predicting long-term morbidity, and so a second paper was published.17

A March 2009 study reports on the analysis of genes from 47 women with breast cancer and which genes were triggered by chemotherapy, either doxorubicin or docetaxel. “Tumors that were intrinsically sensitive or resistant to doxorubicin or docetaxel evoked distinct gene expression changes in response to the drug; doxorubicin-resistant tumors upregulated genes that … enriched ….. TGF beta signaling…”18 This might suggest that inhibiting TGF-ß1 expression might be useful for preventing drug resistance to doxorubicin.

A November 2008 human clinical trial found berberine reduced radiation-induced lung damage in patients being treated for non-small cell lung cancer. Ninety patients were enrolled in the study and 85 completed it; 43 in the control group and 42 in the trial group. Those taking berberine had a significantly lower incidence of radiation induced lung injury at 6 weeks and 6 months than those taking placebo (45% vs 72% at 6 weeks and 36% vs 65% at 6 months). Plasma TGF-ß1 levels were lower at week 3 and 6 (5.43 vs 6.22 and 5.93 vs 7.67 respectively) compared to the placebo group. Pulmonary function was better in the berberine group.11

A 2008 clinical trial looked at gene changes in the prostate tissue of 22 men who were randomly assigned to eat either a broccoli-rich or a pea-rich diet for a year. After 6 months there were significant changes in the expression of genes that coded for proteins that regulate TGF-ß1. Prostate biopsies performed after 12 months confirmed benefit of the broccoli-rich diet, reducing tissue inflammation and reducing changes associated with prostate cancer.12

A December 2007 study conducted in China followed 30 patients undergoing radiation therapy for esophageal cancer who were treated with an oral liquid extract containing the Chinese medicinal herb Rehmannia.13 Another 30 patients were treated with radiation therapy but without the herbal extract and served as controls. Those receiving the extract benefited significantly. Short-term local control of the cancer was significantly better in those taking Rehmannia (70% vs 40%). TGF-ß1 decreased in the experimental group, but not in the control group. The proposed mechanism of action, “…may lie in … regulating the disordered signal transmission.”13

A February 2008 paper reported benefit in lung cancer patients who took rhubarb extract while receiving radiation therapy.14 This was a randomized, double-blind, placebo-controlled trial. Eighty consecutive patients were randomly enrolled to either take a rhubarb extract or placebo for 6 weeks. The incidence of radiation-induced lung toxicity was significantly lower in the group taking rhubarb compared to the control group (32% vs 57%) at week 6 and also 6 months after the start of the study (27% vs 53%). The TGF-ß1 levels in those taking rhubarb was significantly lower than in the control group during and after treatment. Measures of lung function were also better in the experimental group.14

Another paper published in February 2008 evaluates the data and suggests that measurements of TGF-ß1 have value in treating lung cancer patients, as they are predictive of who will suffer from radiation induced lung toxicity. The higher the levels of TGF-ß1, the more likely the patient will have problems.20 This correlation continues to be the case in more recent papers.

Clearly there is predictive value in measuring TGF-ß1 and there is benefit in lowering levels during treatment.

There is another reason lowering TGF-ß1 might be desirable for cancer patients – TGF-ß1 suppresses the immune system.

A paper from June 2008 looked at how regulatory T cells suppressed immune function in patients with head and neck cancer. These T regulatory cells type 1 (Tr1) mediate immune suppression and allow the tumors to progress. The authors of this paper isolated Tr1 cells from 26 patients with head and neck squamous cell carcinoma and from 10 healthy people to serve as controls. The Tr1 cells from the cancer patients suppressed immune function more so than the cells from the controls. They do this via secretion of IL-10 and TGF-ß1.21

TGF-ß1 suppresses immune function in other conditions in addition to cancer, even the common cold. In rhinovirus, TGF-ß1 “… mediates enhanced virus replication and proinflammatory responses in airway cells.”22 A January 2009 paper in the Journal of Immunology details how cancer cells shut down immune function, putting natural killer cells into a state of ‘anergy,’ a kind of slacker trance, via TGF-ß1.23

If, like me, you find these different chemical messengers involved in cell signaling a source of growing confusion, you are not alone. TGF-ß1 is only one of a growing number of growth factors and cell-signaling chemicals under investigation that we need to have at least a basic understanding of. And there well may be other cell-signaling mechanisms that account for the poor performance of chemotherapy and radiation.

Though TGF-ß1 chemistry may be complex, it certainly appears that we do not want to see levels increase during cancer treatment. There is no need to wait until patented drugs are available to take advantage of this knowledge. This is one of the aspects of naturopathic oncology that I find so exciting. We can use cutting-edge knowledge, converting it into tools for intervention using safe supplements and botanical extracts. ‘The judicious application of knowledge using safe natural therapeutics to fight cancer,’ could be a definition of naturopathic oncology.

The bottom line is we would prefer TGF-ß1 levels to decrease and not increase in cancer patients. My local lab will measure TGF-ß1 for less than $40. Using herbs to try to prevent TGF-ß1 from rising during and after treatment makes sense. Data from human trials offer a number of suggestions for how we might do this; berberine, sulforaphane, Rehmannia and rhubarb all have been reported to lower TGF-ß1.

Treating TGF-ß1 is a new approach for me. Though not a proven or well-traveled route, I believe this is a path worth exploring. 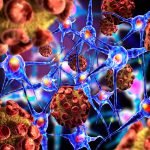