The “Éclair Diet” and Prostate Cancer

The “éclair diet” has us completely rethinking what to tell men with advanced prostate cancer. It also has us pondering the way we approach new data that contradict our standard of care. Earlier this year, Cipolla et al1 published the results of a clinical trial in which they placed men with hormone-refractory prostate cancer on low-polyamine diets and had the men take powerful antibiotics every other week to eliminate bowel microflora.

Tina Kaczor, ND, FABNO, wrote an excellent review2 of this study in the August issue of the Natural Medicine Journal, so there is no need to repeat the details of the trial. Suffice it to say that the results were good, as summarized in the “Key Findings” paragraph of the abstract in her commentary:

The diet was well-tolerated, and mean observance was 25 (±24) months. Performance status and pain were significantly improved at both 3 months (P = 0.03) and 6 months (P = 0.02) versus baseline. Of note, the intervention in this trial was significantly better if implemented within 9 months of diagnosis to a hormone refractory status. Median cancer-specific survival times for patients beginning the diet before the 9-month cut-off are 44 months, versus 34 months for those beginning later (P =0.014). Median cancer-specific survival times for the intervention groups as a whole compared to controls are 36 months versus 17 months, respectively (P = 0.004).2

Those are statistically significant numbers and, most important, clinically significant improvements; we can be confident that the men who followed this program fared noticeably better. The dietary portion of this treatment program focused on lowering polyamines, a group of chemicals that includes putrecine, spermidine, and spermine. These chemicals are known to increase cell proliferation and are found in higher concentration in cancer cells, especially prostate cancer cells.3 Although some polyamines are produced in the body, the 2 primary sources are food and gut microflora.

Previous animal investigations led to the human trial by Cipolla et al.1 Cancer growth can be slowed down in test animals by lowering polyamine levels through what researchers call a triple regimen that includes a polyamine-deprived diet, gut decontamination with plenty of antibiotics, and administration of a drug that blocks polyamine synthesis in cells.4 The study1 in humans was performed by the same research group who conducted the earlier polyamine-lowering rat studies5-9 but without the drug to block polyamine synthesis.

Few of us would be able to guess the polyamine content of foods, and little about the lists of good and bad foods correlates with anything we have ever suggested to our patients that they eat or avoid. We refer to this regimen proposed by Cipolla et al1 as the éclair diet.

Group 3 foods, which have the highest polyamine content and are most important to avoid include the following:

Dr. Kaczor in her review writes:

This dietary protocol is strikingly different than what we might consider a good diet. For starters, our assumption is that gut microflora are beneficial; we would rarely encourage purposefully taking antibiotics to wipe them out. Second is the removal of foods we would otherwise consider highly nutritious. For example, Group 3 includes garlic, cabbage, broccoli, tomatoes, almonds, bananas, mushrooms, and sauerkraut. Conversely, Group 1, which was the category that could be freely eaten, includes pork products, canned vegetable soup, dairy products (except aged cheeses), beer, coffee, and pound cake. The authors, who are French, list chocolate éclairs in the group of foods that can be freely consumed. This diet clearly diverges from anything we would have until now routinely advocated for our patients.2

What do we do when confronted with information that is in direct opposition to all that we have previously believed to be true? Do we ignore the information, look the other way, and pretend we have not heard or seen it? Do we quickly jump to the conclusion that this information is false so we can ignore it? Or do we give it a chance to see if it makes sense?

Our profession and many of the therapeutic interventions that we advocate have been the target of such inattention from mainstream medical practitioners. It is without doubt more difficult to publish data that argue a view contrary to the generally accepted standard of care. Will we be guilty of a similar discrimination? Will we ignore data when they do not fit our worldview?

Recall that their study1 included “gut decontamination” with antibiotics taken in daily oral doses every other week to reduce polyamines produced by gut microbes. This seems too harsh. We know that certain but not all gut microflora produce polyamines, especially Klebsiella pneumonia, Enterobacter spp, and Serratia spp.10 Rather than killing off everything, naturopathic sensibilities suggest killing the bad bacteria and keeping the good bacteria. Increasing beneficial microflora should decrease polyamines. In fact, studies11,12 describe specific probiotics that reduce polyamines.

Although the study by Cipolla et al1 was small (n = 42), the results reached statistical significance, suggesting that the benefits might be large. As peculiar as these dietary rules seem, they will not result in malnutrition; the diet is safe to follow. Given the poor prognosis of hormone-resistant prostate cancer, the potential benefit from following these dietary restrictions is compelling.

Still, the act of sitting with a patient who has cancer and going through these food lists is contrary to so much that we have read, believed, and taught our patients for so long that it does not come easy. There is nothing new to this experience. Throughout the history of medical science, new understandings have arisen that have pushed aside older beliefs and practices. It is only in hindsight that the path appears easy to follow. Those of us stumbling along have every right to occasionally feel a bit lost and bewildered, especially when trying to explain to a patient that he can now eat all the chocolate éclairs he wants.

The Oncology Association of Naturopathic Physicians (OncANP) was founded in 2004 to enhance the quality of life of people living with cancer through both increasing the collaboration between NDs working with patients with cancer and integrating naturopathic practice into medical oncology care. With its co-organization, the American Board of Naturopathic Oncology (ABNO), the OncANP has set standards, instituted testing, and now credentials Fellows in Naturopathic Oncology. The OncANP welcomes all NDs interested in improving their knowledge and ability to work with oncology patients. For more information, see www.OncANP.org.

Jacob Schor, ND, FABNO, is a 1991 graduate of NCNM and has practiced in Denver, Colorado, for the past 17 years. He served as president of the CANP from 1992 to 1999. He has served on the board of directors of the OncANP since 2006 and currently acts as secretary to the board. He is a Fellow of the ABNO. He was utterly shocked and humbled at the 2008 convention of the American Association of Naturopathic Physicians to be presented with the Vis Award, an honor bestowed in the memory of William Mitchell. He is incredibly lucky to practice with his wife, Rena Bloom, ND. Dr. Schor writes newsletters for his patients that are popular with physicians and students. Visit www.DenverNaturopathic.com.

Tina Kaczor, ND graduated from NCNM and completed a two-year clinical residency in integrative oncology at Cancer Treatment Centers of America. She is well trained in the language and protocols of conventional cancer care; with this she is able to expertly define integrative treatments for all types of cancer. Currently, her professional focus is on nutrient involvement in the biochemistry and molecular basis of disease. Dr. Kaczor specializes in chronic degenerative diseases, such as cancer, diabetes, cardiovascular disease, Parkinson’s disease and heavy-metal toxicity. She currently practices at the Clinic of Natural Medicine in Eugene, Ore. 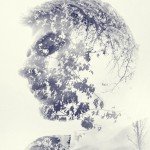