Approximately half of all men experience some symptoms of prostatic hypertrophy in the latter decades of life,1 and American men have an 18% chance of developing prostate cancer.2 Herbal medicine is both therapeutic to and preventive of the development and progression of this common disorder. Most readers will be familiar with the value of nettle root (Urtica species), phytosterols such as the liposterols in saw palmetto (Serenoa repens), and seed oils such as pumpkin (Curcubita pepo) for the treatment of prostatic disease. However, many herbs traditionally classified as “women’s herbs” because of their usefulness for treating menstrual disorders, infertility, and menopausal symptoms are also important tools in the management of reproductive and prostatic diseases in men. For example, classic menopausal and gynecologic herbs such as Vitex and Cimicifuga are effective in treating prostatic disease and cancer. This article reviews current evidence on the efficacy of phytosterols and Urtica for the treatment of prostate disease and explores research on several popular women’s herbs that may affect reproductive health in men.

Among the most studied natural compounds affecting reproductive hormones in the body are the phytosterols. They are most concentrated in nuts and seeds of plants and are present in the oils expressed from these.3 Pumpkin, sesame, flax, and sunflower seeds and oils are high in phytosterols, and cereal grains and legumes such as rice, wheat germ, soy, peas, and other beans also contain phytosterols.4 Processing and hydrogenating the oils expressed from these foods destroy the phytosterols, and ingesting margarine produced from these otherwise healthy oils does not possess the same hormonal benefits as does eating whole nuts and seeds or consuming high-quality cold-expressed natural oils. In fact, phytosterols are common in plants and everyday foods. Taraxacum, Calendula, and many other herbs contain phytosterols, as do most vegetables such as carrots and broccoli in at least trace amounts. Phytosterols in whole grains, nuts, legumes, and vegetables may contribute to the anticancer effects of these foods when consumed over a lifetime. Chocolate (Theobroma cocao) contains phytosterols, and researchers reported anticancer effects from eating dark chocolate, including antimetastatic influences on prostate cancer.5 Two of the most researched and most popular herbs for the treatment of prostatic disease are nettle root (Urtica dioica-urens) and saw palmetto (S repens), both of which contain significant amounts of phytosterols. 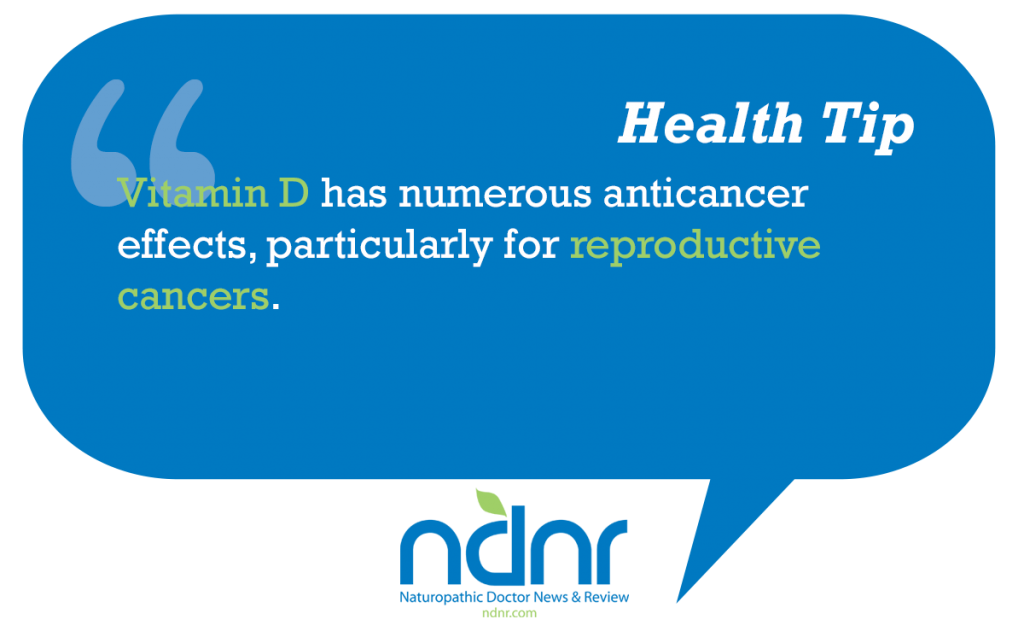 Approximately 4 dozen phytosterols have been identified thus far, with beta-sitosterol, ergosterol, campesterol, and stigmasterol being the most common and most studied. Ergosterol is the primary fungal and protozoan steroid, while cholesterol is the primary animal steroid, and plants contain various phytosterols, with beta-sitosterol being almost ubiquitous in higher plants. These sterols seem to be analogous between the animal and vegetable kingdoms, and consumption of plant and fungal phytosterols affects animal cholesterol and steroids. Cholesterol is a component of animal cell membranes, typically in association with phosphotidylcholine, and is essential for cell growth and division and phytosterols. Ergosterol may also influence cellular membrane dynamics and cycles in animals.6 Cholesterol and phospholipids have attractive interactions with one another, while ergosterol may have repulsive interactions with some phospholipids such as phosphotidylcholine.7 Synthesis of healthy cell membranes requires that numerous phospholipids and cholesterol-based compounds spontaneously organize into a precise bilayered architecture. Specific proteins and transcription factors help direct this synthesis and gene expression in controlling the uptake and synthesis of cholesterol and fatty acids. Ergosterol can influence the coordination of lipid metabolism in cell membrane biogenesis.8 Phytosterols have also been shown to improve lipid variables in the body and to enhance the bioavailability of fat-soluble vitamins and carotenoids.9 Dietary consumption of phytosterols has been identified by epidemiologists as a factor influencing spontaneous occurrence of prostate cancer.10,11

Beta-sitosterol has been studied individually and has demonstrated antiproliferative effects on colon, breast, and prostate cancer.12 Dietary consumption of or supplementation with beta-sitosterol inhibits growth of prostate cancer cell lines, elevates healthy prostaglandin levels, and promotes apoptosis.13 Furthermore, beta-sitosterol has been shown to decrease reactive oxygen species, which is another proposed mechanism whereby phytosterols may reduce inflammatory processes in prostatic hypertrophy and disease.

Ergosterol is produced only by fungi and protozoa and was first identified in ergot fungus, hence the name of this sterol. In the 1920s, ergosterol was found to undergo transformation into vitamin D under UV light. Animal investigations have shown that ergosterol compounds from mushrooms can be transformed by intestinal bacteria into sterols having anticancer effects.14 Many edible and medicinal mushrooms, including Cordyceps15 and Ganoderma,16 contain ergosterol. Ergosterol and semisynthetic derivatives promote apoptosis in prostate cancer cell lines.17 Vitamin D has numerous anticancer effects, particularly for reproductive cancers.18,19 It inhibits the proliferation of normal and malignant prostate cells via activity at cellular vitamin D receptors.20 Activity at these receptors seems to affect particular genes that have roles in promoting or inhibiting cell proliferation. Some researchers have proposed that genetic variations in vitamin D pathway genes influence prostate cancer risk.21 Vitamin D–like substances such as ergosterol and other phytosterols may also affect gene regulation in a manner that deters the proliferation of prostate cells. Vitamin D is reported to have antiproliferative, antimetastatic, and prodifferentiating effects on prostate cells. In fact, many prostate cells are able to synthesize vitamin D from precursors, while many prostatic cancer cells lack this ability.22

Urtica roots are a folkloric classic for treating genitourinary complaints, although the mechanisms of action have not been extensively researched or explored. Limited evidence has shown that Urtica roots contain the phytosterols stigmasterol, campesterol, and related steroids.23 In addition to these phytosterols, polysaccharides and lectins contribute to the medicinal effects. Recent research demonstrates that Urtica has numerous possible mechanisms of action on the genitourinary tract, including effects on sex hormone–binding globulin (SHBG), aromatase enzymes, epidermal growth factor, and prostate membrane receptors for steroids.24 Urtica is a safe and nourishing plant, and no toxic effects, mutagenicity, or drug interactions have been reported to date.

Urtica also has positive effects on SHBG such that hormonal stimulation of the prostate is inhibited. Sex hormone–binding globulin is an endogenous glycoprotein known to bind sex steroids, including testosterone and estradiol, while corticoids and progesterone are unaffected by SHBG. It is crucial in the delivery of estrogen and testosterone to the reproductive organs, as it escorts testosterone and estradiol in the circulatory system. These hormones are then freed to traverse cell membranes of target tissues such as the prostate gland. Sex hormone–binding globulin has a greater affinity for dihydrotestosterone, the most active form of testosterone in the human body; therefore, the quantity and activity of SHBG can contribute to the proliferative effects of testosterone on the prostate gland. Many factors affect SHBG levels, including growth hormone, thyroid hormone, insulin, and general liver health. Low levels of SHBG are associated with metabolic syndrome, diabetes, hypothyroidism, and ovarian cysts, while high levels of SHBG are associated with prostate, breast, and ovarian cancers.29 Another mechanism by which Urtica may improve prostate health is by inhibiting excessive levels and activity of SHBG. In fact, researchers have reported that SHBG was entirely blocked by Urtica root extracts when consumed in significant amounts.30

The brain neurotransmitter dopamine helps regulate luteinizing hormone (LH) from the anterior pituitary gland, and opiates, in turn, affect dopaminergic pathways. Radiolabeling of Vitex constituents has shown binding affinity at dopamine and opiate receptors, thereby influencing the release of pituitary hormones.31 This is an important proposed mechanism whereby this classic women’s herb can help regulate the menstrual cycle and manage menopausal symptoms but may also stabilize testosterone levels and LH stimulation of the prostate gland.

There has been little research about the effects of Vitex on male physiologic function and on hormone levels. Old folkloric literature recommends Vitex for adolescent male acne, and Vitex has been traditionally used by monks to reduce the libido, suggesting a significant degree of hormonal effects in men. A rare study32 on Vitex and male animals showed that the plant could reduce LH levels and thereby reduce testosterone levels. Together with the findings about the effect of Vitex on dopamine and pituitary hormone output,31 the evidence suggests that Vitex may improve symptoms of high testosterone levels in men, including excessive libido, acne, and prostatic disease.

Consumption of Vitex fruits by female chimpanzees as part of their natural diets has been found to dramatically increase progesterone levels in the urine, indicating an overall progesteronic effect.34 One hypothesis is that reduced LH allows follicle-stimulating hormone to dominate and can lead to decreased estrogen and testosterone and a relative increase in progesterone. Male chimpanzees consume these fruits in quantities similar to those ingested by females, and no feminization or reproductive disturbances have been reported to date. Promotion of progesterone may help mitigate the proliferative effects of estrogen and testosterone on the prostate gland and is another proposed mechanism by which the health of the prostate gland is benefited.

It is well known that low testosterone levels and orchidectomy will promote osteoporosis in men or among male animals in research situations. Vitex has been shown to prevent loss of bone density in orchidectomized rats close to what is accomplished by estrogen supplementation.35 Thus, Vitex might be as appropriate for men with osteoporosis or as preventive at adrenopause as it is for women at menopause.

Furthermore, Vitex contains lignans, collectively called vitexins, which (like other lignans) can be metabolized in the human body into hormone-like compounds that selectively bind hormone receptors in various tissues, including the prostate. Researchers have reported antitumor and cytotoxic effects on cancer cells from Vitex lignan metabolites in animals, as well as an ability to induce apoptosis via caspase activation.36

An Indian species of Vitex, Vitex negundo, has shown antifertility effects in male animals without exerting organ damage or other toxic effects.37 This has not been reported for the species used medicinally in Europe and the United States, Vitex agnus-castus, but further research is needed to better understand any concerns about use among men with low sperm counts or fertility issues.37,38 Vitex seems most useful in conditions of high hormone levels and perhaps should be avoided in cases of low testosterone levels.

Actaea racemosa for Men’s Health and Treatment of Prostatic Disease

As already mentioned, men with testicular cancer who undergo orchidectomy commonly experience loss of bone density. This osteoporotic effect can be prevented by the administration of estradiol and/or testosterone; however, prostatic hypertrophy and increased prostate cancer risk are common consequences of these hormonal therapies. Actaea prevents bone loss that typically follows orchidectomy, without exerting excessive estrogenic effects.44 Serum osteocalcin was unaffected by Actaea, implicating other mechanisms of action at work. However, gene expression in collagen and phosphatase pathways was influenced by Actaea, suggesting areas for future research about Actaea and bone density. Other researchers have reported that Actaea promotes osteoblastic production and stimulates protein synthesis by osteoblasts up to 5-fold within a few hours after administration.45

Finally, men undergoing orchidectomy or androgen suppression therapies for testicular cancer may report having hot flashes, similar to those experienced by women during menopause. Actaea can help alleviate male hot flashes in these situations.46

Jillian Stansbury, ND has practiced in SW Washington for nearly 20 years, specializing in women’s health, mental health and chronic disease. She holds undergraduate degrees in medical illustration and medical assisting, and graduated with honors in both programs.
Dr Stansbury also chaired the botanical medicine program at NCNM and has taught the core botanical curricula for more than 20 years. In addition, Dr Stansbury also writes and serves as a medical editor for numerous professional journals and lay publications, plus teaches natural products chemistry and herbal medicine around the country.  At present she is working to set up a humanitarian service organization in Peru and studying South American ethnobotany. She is the mother of two adult children, and her hobbies include art, music, gardening, camping, international travel and studying quantum and metaphysics. 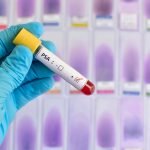 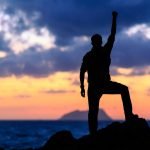