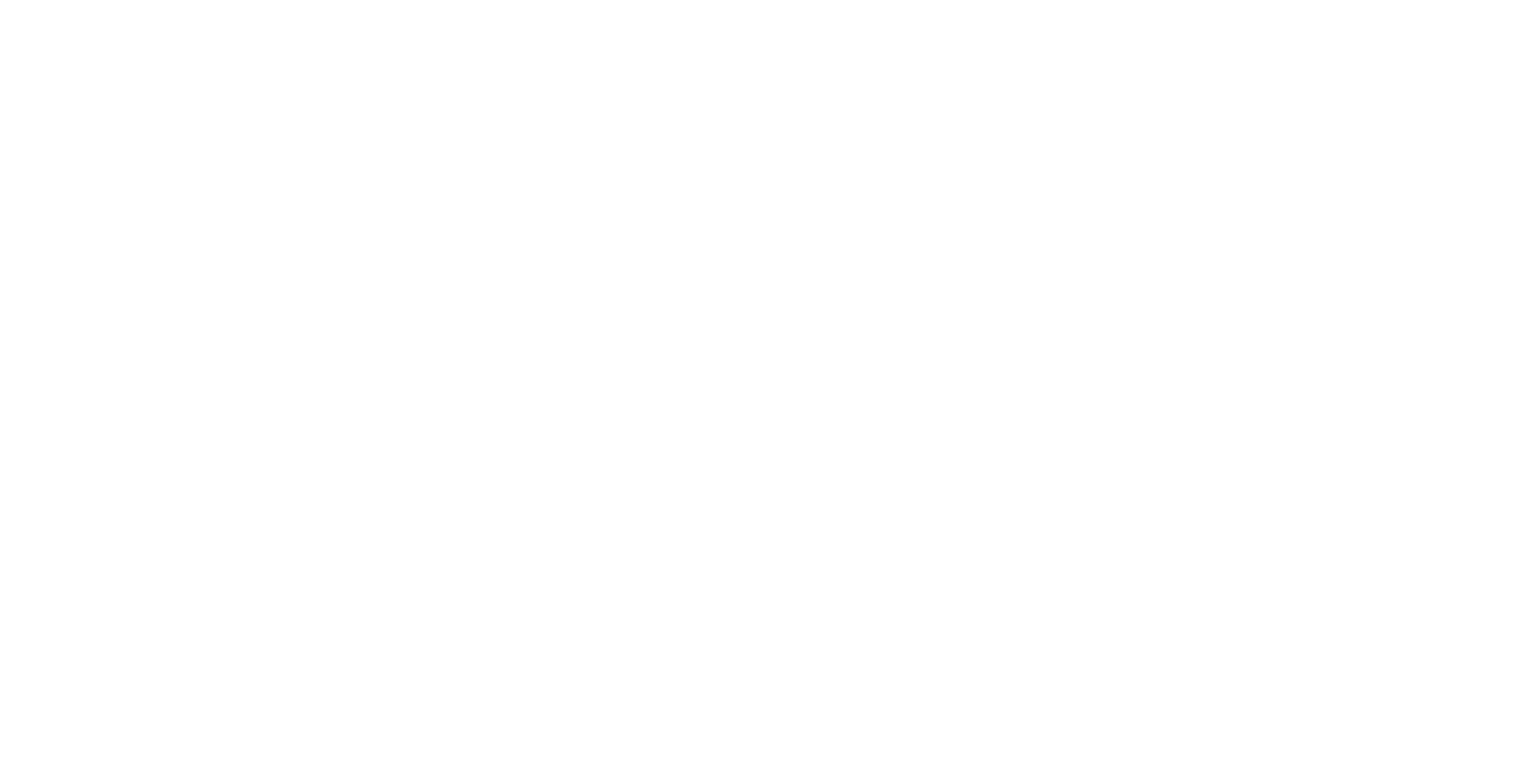 Summer is here, and the sunscreen displays in local retail stores have popped up like mushrooms after a week of rain. There is little doubt that using these topical sunscreens prevent sunburn, but little convincing evidence argues that they prevent skin cancer. In fact, some evidence suggests the opposite, that sunscreen use may increase cancer risk.

In 1999, Martin Weinstock published the results of a meta-analysis of 13 epidemiological studies on the relation of sunscreen use to melanoma risk. Three showed a decreased risk of melanoma. Four showed an increased risk and six were inconclusive (Weinstock, 1999). A 2002 review published in the British Journal of Dermatology yielded no more assurance that sunscreen is protective. The authors described their results as ‘discordant.’ To quote their abstract: “Two case-control studies show a protective effect of sunscreen use, while three studies showed a significant risk associated with sunscreen use.” They found excuses for the results suggestive of sunscreen increasing risk, but the authors still appeared to be on the defensive (Bastuji-Garin and Diepgen, 2002).

There is something about sunlight that is good for us and protective against cancer. Some researchers think it is the vitamin D produced in the skin. William Grant, an atmospheric physicist who works for NASA, was one of the first to suggest that vitamin D is protective against cancer. Mortality from many common cancers, including colon, breast and prostate, is 150% higher in the northeast U.S. than in the southwest. Grant recognized that a map of cancer rates looks similar to one depicting geographical variations in ultraviolet exposure (see Maps 1, 2 and 3). He realized that these regional cancer variations can be explained by varying levels of vitamin D in the populations of these areas.

Given the quantity of in-vitro research that has been published in recent years on vitamin D and cancer, Grant’s assumption that vitamin D is protective appears to be valid.

Grant currently estimates that vitamin D deficiency causes 100,000 people to develop cancer each year and that these cancers result in 40,000 deaths per year. To put this in perspective, skin cancer accounts for just less than 10,000 deaths per year (Grant, 2002). Since 2002, Grant has published more than a dozen papers on this subject (found on www.pubmed.gov or on his Web site, www.SunArc.org).

Along the same lines, Cedric Garland and his colleagues at the University of California – San Diego concluded that 1,000IU of vitamin D a day decreases risk of colorectal cancer by half. Garland calculated that this would prevent 28,000 colon cancer deaths a year (Gorham et al., 2007). Looking at the total cancers that might be prevented by vitamin D, Garland calculates that spending a billion dollars to provide 1,000IU of vitamin D a day to everyone in Europe and North America would save $16-$25 billion in cancer care costs (Grant, 2007).

Remember betacarotene? Because carrots are protective against cancer and loaded with betacarotene, researchers, and many of us, assumed betacarotene would work as well. Biology, unfortunately, is often messy and more complicated than we want it to be. In the studies on betacarotene, smoking and lung cancer, supplemental betacarotene was far from protective. I wonder if this protective effect from sunlight might be more complex than our early assumptions would lead us to believe.

When Garland made his calculations about how many cancers vitamin D will prevent, he assumed that sun exposure and vitamin D are the same thing. Maybe they are not synonymous.

This past March, an article in Nature Immunology suggested that the protective effect from sunlight was more complex than we first thought. Eugene Butcher at Stanford University in California and his colleagues were able to show that immune cells in the skin, known as dendritic cells, convert inactive vitamin D3 into its active form. This active form of vitamin D then causes T-cells to change their surface receptors so that they migrate to the upper levels of the skin. Recall that T-cells are the immune cells that destroy damaged and infected cells, and regulate other immune cells. It starts to sound as if it isn’t just the total amount of vitamin D one has inside the body, but it is the formation and location in the skin that enables vitamin D to help repair sun-induced damage and fight off pathogens (Sigmundsdottir et al., 2007).

In other words, staying out of the sun or using sunscreen and then replacing that loss of vitamin D with oral supplementation may not do quite the same thing. It may be necessary to actually make the vitamin D in the skin to trigger and attract immune protection to the skin and maybe elsewhere. Of course, it might be possible to apply vitamin D topically to duplicate the effect of sunlight … Maybe.

A study published in the March 9 issue of Cell suggests that some basic assumptions about sunlight, vitamin D and cancer rates may have been too hasty. This study discloses that the tumor suppressor gene, p53, is the gene responsible for initiation of tanning.

Tanning is a reaction in the skin to ultraviolet light exposure. Melanin pigment production is increased and the melanin is then concentrated in skin cells. The skin gets darker. Melanin blocks UV penetration, protecting skin cells from DNA damage. Up until March, researchers had already explained most of the chemistry of this tanning process but not what triggered the initial steps. This paper reveals that UV light activates production of the p53 enzyme, which in turn activates the tanning pathway. Skin cells without the p53 gene will not tan.

If this p53 business sounds vaguely familiar, it is because we read about it frequently in relation to cancer. This is the gene cells use to trigger apoptosis when they detect an insurmountable level of genetic damage. Let me repeat myself: The p53 enzyme is how cells kill themselves when they realize they are on the way to becoming cancerous. Cells without active p53 cannot protect themselves against cancer. Cells with working p53 enzymes will usually kill themselves if they become cancerous. Turning on the p53 gene through sun exposure may also turn on the cancer-fighting potential of both the skin and the body (Cui et al., 2007).

Some of the cancer protection that we assume is due to vitamin D from UV exposure may actually be the result of stimulating p53. It is too early to tell. The relation to UV exposure and cancer prevention may only be partly due to resulting vitamin D production. It may have something to do with the more obvious reaction to sun: Our skin gets tan. Before writing off vitamin D as having a role in cancer prevention though, let’s be serious; there is little doubt in my mind that vitamin D plays a major role in fighting cancer.

We know that sun exposure protects skin against cancer by stimulating vitamin D production and attracting immune protection. Sun exposure may also protect against skin cancer by stimulating p53 activity. Sunscreen blocks both effects. The evidence does not support the idea that sunscreen protects against skin cancer. Putting these pieces of information together could bring one to a rather heretical position.

Recall that not too far in the distant past, NDs and nature cure proponents who preceded the development of our profession all held great store in therapeutic sunbathing. Here in Denver, the architects of our original hospitals included sunbathing facilities primarily for the treatment of tuberculosis patients. Our fear of the sun is a recent phenomenon. Generations have thought getting a good tan as both healthy and therapeutic. Perhaps it is time to reconsider our current opinion on sunlight, sunscreen and tanning.

Our desire to find a simple solution to complex problems seems to have clouded our ability to see and remember the big picture. Sunscreen may not be the magic salve that prevents skin cancer. Sun damage is oxidative damage, and there are clear studies that show that the stuff that acts as antioxidants can reduce oxidative damage due to UV radiation providing protection against skin cancer (Sies and Stahl, 2004). Radiation damage increases generation of reactive oxygen species in the skin cells. Various phenolic compounds and flavonoids that we are already familiar with and that quench these oxidative species can be used protectively (Svobodova et al., 2003).

Following the sunscreen model of topical application, researchers have experimented and shown that various topical versions of supplements we typically use orally effectively protect the skin. A 2004 article from the Journal of Cosmetic Dermatology reports that:

Rather than topical sunscreen, we should consider using topical antioxidants. Good research already supports the use of vitamin E, selenium (Burke et al., 2003), lutein (Lee et al., 2004), green tea (Yusuf et al., 2007; Katiyar, 2003), pomegranate (Afaq et al., 2005), curcumin, resveratrol and silymarin (Lao et al., 2006). How hard would it be to open a few capsules already on our shelves and mix them into a simple salve?

Life on our planet would not be possible without sunlight. People, no matter how primitive the culture, have understood this for millenia. It is peculiar, then, to consider that in recent years sunlight has become something we fear and seek protection from. It is this belief and the fact that people are so willing to believe it that we should really worry about. 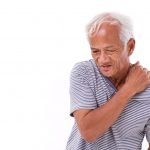 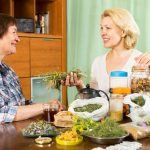